An Architect of Terror: Heinrich Himmler and the Holocaust | The National WWII Museum | New...

"After a failed assassination attempt on Hitler in July 1944, Himmler began to formulate a negotiation for a separate peace with the western Allies while Germany continued to fight the Soviet Union. He even considered using prisoners within the concentration camps as a bargaining chip to initiate the negotiations. The Allies, though, could not consider negotiating with a man who was as implicated in Nazi war crimes as Himmler. In April 1945, Himmler asked the President of the Swedish Red Cross, Count Folke Bernadotte, to transmit his offer of surrender to the Supreme Commander of the Allied Forces, Dwight D. Eisenhower. Word of Himmler’s offer reached Hitler, who then stripped Himmler of his positions and ordered his arrest. Himmler attempted to escape the Third Reich by dressing in a Secret Field Police uniform and shaving his mustache, equipped with papers assigned to Heinrich Hitzinger. He was captured by Russians on May 20, 1945 and then turned over to the British, to whom he confessed his identity. Three days later, on May 23, 1945, Himmler committed suicide by biting on a cyanide capsule that was hidden in his mouth." 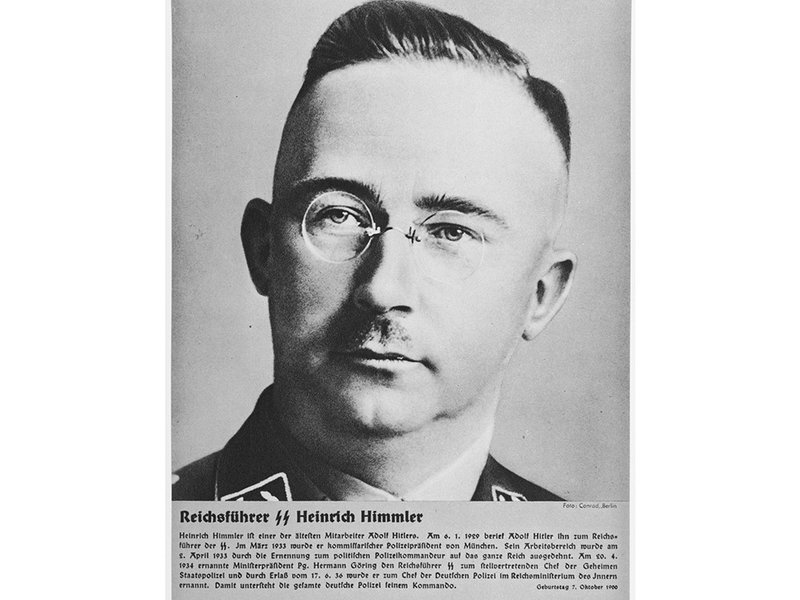 An Architect of Terror: Heinrich Himmler and the Holocaust | The National WWII Museum | New...

SP5 (Join to see)
Posted >1 y ago
Nazi, nothing else need be said.
(2)
Comment
(0)
Show More Comments
Read This Next
RallyPoint Home