A federal appeals court panel ordered a lower-court judge to dismiss the criminal case against Michael Flynnas the Justice Department requested, which could bring an end to the long-running prosecution of President Trump’s first national security adviser.

In a 2-1 order filed Wednesday, the U.S. Court of Appeals for the District of Columbia Circuit said U.S. District Judge Emmet Sullivan had overstepped his authority when he appointed a retired judge to act as a friend-of-the-court and argue against the Justice Department’s request to drop a count of lying to the Federal Bureau of Investigation to which Mr. Flynn had earlier pleaded guilty.

Mr. Flynn’s lawyers had objected to Judge Sullivan’s initiative, asking the appeals court to force the judge to dismiss the case.

The panel said the decision was about whether a district judge could prolong a prosecution after the government said it no longer believed the case to be in the public interest. “Both the Constitution and cases are clear: he may not,” the ruling said.

The decision came from a conservative-leaning panel on a court that overall leans to the left. It was written by Judge Neomi Rao, a Trump appointee, and joined by Judge Karen Henderson, who was appointed by President George H.W. Bush. Judge Robert Wilkins, an Obama appointee, dissented.

“It is a great irony that, in finding the District Court to have exceeded its jurisdiction, this Court so grievously oversteps its own,” Judge Wilkins wrote.

The full appeals court has the option to rehear the case, but it doesn’t do that often. Any active judge on the court could call for a vote on whether to reconsider the matter. The rules that govern the D.C. Circuit aren’t clear on whether Judge Sullivan himself could seek further review. While some legal experts said it might be technically possible, others said it was unlikely.

The retired judge, John Gleeson, who had been scheduled Wednesday to file a response brief with Judge Sullivan, asked for clarity on whether he should still file it.

“It is conceivable that further proceedings in the circuit court may prevent [the appeals court order] from taking effect,” Mr. Gleeson wrote in a filing to Judge Sullivan.

Mr. Trump didn’t answer questions about whether he had spoken with Mr. Flynn.

Kerri Kupec, a spokeswoman for the Justice Department, cheered the decision. “WIN in General Flynn’s case,” she wrote on Twitter, in a post that included four American flag emojis. “DC Circuit has ruled 2-1, instructing Judge Sullivan to grant DOJ’s motion to dismiss the case.”

The Justice Department is facing scrutiny from Democrats, including during a Wednesday hearing before the House Judiciary Committee that included as witnesses two Justice Department attorneys who testified that they observed improper political influence in some of the agency’s decisions. Republicans immediately cited the appeals-court ruling at the hearing as evidence the attorney general was acting appropriately.

Mr. Flynn, who pleaded guilty in 2017 to lying to the FBI about his phone calls with the Russian ambassador in the weeks before Mr. Trump’s inauguration, went on to cooperate in former special counsel Robert Mueller’s investigation of Russian interference in the 2016 presidential election.

After two years of twists and turns in the case, Mr. Flynn sought to withdraw his plea earlier this year and argued he had been set up by the FBI. Last month, the Justice Department agreed that newly revealed documents from the FBI showed improprieties in how agents had handled an interview of Mr. Flynn, which was at the heart of the prosecution. The government said it believed it could no longer prove its case against Mr. Flynn.

The Wednesday ruling is largely based on a prior decision by the same appeals court that rejected another judge’s effort to examine the government’s decision to enter an agreement with a Dutch company accused of violating U.S. sanctions.

The appellate ruling said longstanding legal precedents, including the executive branch’s primacy over charging decisions, prevented “the district court’s proposed scrutiny of the government’s motion to dismiss the Flynn prosecution.”

Judge Sullivan had urged the appeals court panel to let him first consider the government’s motion to dismiss the case and rule before taking it up, saying it had raised unanswered questions.

Mr. Gleeson earlier this month said he found “clear evidence of a gross abuse of prosecutorial power” by the Justice Department in the case—and urged that the retired three-star general be sentenced for the crime he had initially pleaded guilty to.

The president and some Republicans in Congress had claimed Mr. Flynn’s prosecution was essentially a setup job by high-ranking political appointees in the outgoing Obama administration. Former officials have rejected that claim and said Mr. Flynn had made himself vulnerable to Russian blackmail by lying to Vice President Mike Pence about his call with the then-Russian ambassador, Sergey Kislyak, potentially jeopardizing national security.

Democrats dispute Republicans’ arguments. They note that Mr. Flynn twice pleaded guilty to lying about his conversations with Mr. Kislyak, which they assert were improper in the first place. The FBI had ample grounds to interview the retired general, they said.

Some Republican senators are pursuing investigations related in part to events leading up to Mr. Flynn’s firing. They have asserted his communications with Mr. Kislyak during the presidential transition—which he falsely told the FBI didn’t include a discussion of sanctions, forming the basis of his prosecution—may have been improperly shared among senior Obama administration officials and unlawfully leaked to the news media.

Current and former intelligence officials have disputed accusations that Mr. Flynn’s communications were improperly disseminated to Obama-era officials. Last month, Sen. Ron Johnson (R., Wis.) released transcripts of Mr. Flynn’s calls with Mr. Kisylak showing that he did urge Moscow to refrain from escalating a standoff over punishments levied by the outgoing Obama administration in response to Russian interference in the 2016 election.

Also on Wednesday, Mr. Flynn’s legal team submitted a new filing to the court containing a half page of handwritten notes from Peter Strzok, a former FBI counterintelligence official, that appeared to refer to an early January 2017 meeting at the White House to discuss the Russia investigation, including Mr. Flynn’s calls with the Russian ambassador. Mr. Strzok, who was the lead agent early in Mr. Mueller’s Russia probe, was fired by the FBI in 2018 after it emerged he sent disparaging texts about Mr. Trump during the 2016 campaign.

A lawyer for Mr. Strzok, Aitan Goelman, acknowledged Mr. Strzok had taken the notes, but said that Mr. Strzok hadn’t attended the White house meeting referenced in them, and said they were “being cynically taken out of context in order to weaponize them to try to help Trump’s reelection bid.”

Mr. Goelman added: “Let me be clear: Pete’s notes do not reflect any attempt to interfere in the investigation of General Flynn by President Obama, Vice President Biden, or anyone else in the Obama Administration.”

A spokesman for Mr. Biden’s campaign didn’t immediately respond to a request for comment.

—Brent Kendall contributed to this article. 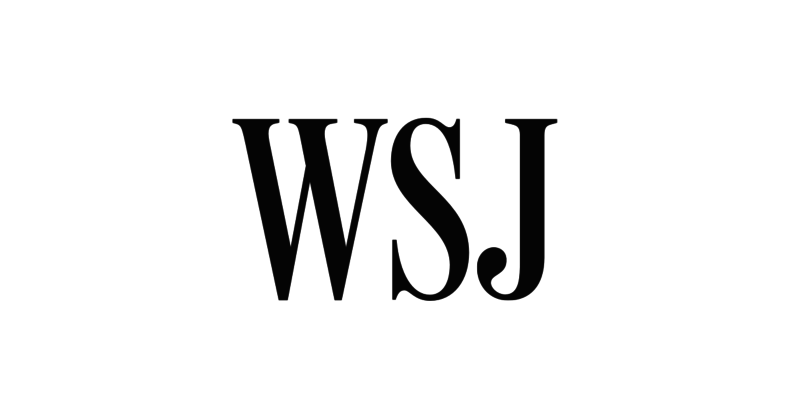