SFC Joe S. Davis Jr., MSM, DSL
12.5K
24
17
6
6
0
It will take years — and billions of dollars — to restore readiness levels to what they were before half a decade of budget cuts, the leaders of the Army and Air Force told a congressional committee Wednesday.

Short-term, temporary funding increases will not provide a quick fix , they said.

Testifying before the House Armed Services Committee, the service chiefs and secretaries said they do not know how much money it will take to reverse the effects of the drawdown, restore readiness levels and modernize equipment to combat emerging threats.

"As far as what this budget request is, it is minimal," said acting Army Secretary Patrick Murphy, addressing the Army's fiscal 2017 request for $125.1 billion. "We are taking high risk as an Army and as a nation ... at this level."
Murphy noted that the Army had 45 brigade combat teams five years ago. They have been reduced to 31 at a time when operations tempo is high for soldiers carrying out missions in the Middle East and deterring a resurgent Russia.

One way to mitigate the risk, if incrementally, would be to increase the size of units in the National Guard, double the training they receive, and modernize it, Murphy said.

Air Force Secretary Deborah Lee James told the committee the Air Force has 79 fewer fighter squadrons than it had during Operation Desert Storm.

To sustain the forces, the drawdown must slow and equipment must be modernized, the Army and Air Force chiefs agreed. The Army’s targeted end-strength levels remain at 450,000 in the Regular Army, 335,000 in the Army Guard, and 195,000 in the Reserve. .

“Just because you give us money, does not mean we will be at 90 percent [readiness] the next day,” Murphy said.
Army Chief of Staff Gen. Mark Milley, responding to Rep. Robert O’Rourke, D-Texas, took issue with the idea that more boots on the ground is the solution.

Milley named China, Russia, Iran and North Korea as the larger threats. The U.S. would prevail, for example, in a conflict with Russia, Milley said. It would be "catastrophic for a whole lot people, but we would prevail."
The Air Force's $120.4 billion budget request calls for boosting the size of the force, from 311,600 airmen now to 321,000 or even 323,340 service members, by the end of fiscal 2017.

But beyond numbers, modernization is a key concern. In the 25 years since since Desert Storm, airpower has been used non-stop to support the joint services, said Air Force Chief of Staff Gen. Mark Welsh. 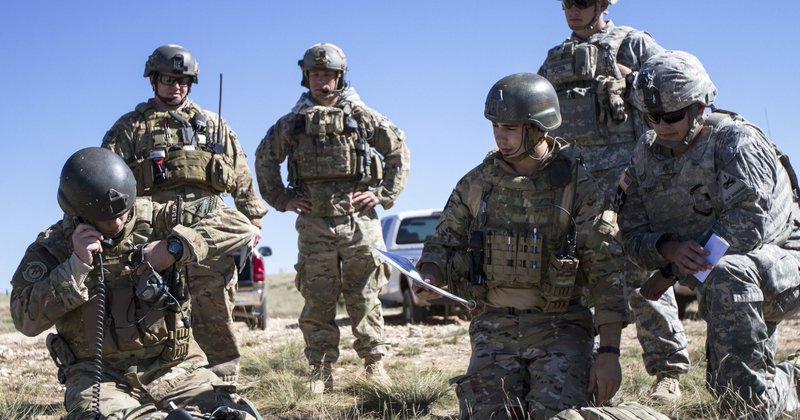 SMSgt Minister Gerald A. "Doc" Thomas
Posted 4 y ago
I hope the civilians hear the plea and respond appropriately!
(5)
Comment
(0)

CSM Charles Hayden
4 y
SMSgt Minister Gerald A. "Doc" Thomas There was a reason you omitted a need for Congress to listen, actually receive and act upon the information?
(0)
Reply
(0)

SMSgt Minister Gerald A. "Doc" Thomas
4 y
It need to make it past the Service Secretaries and DOD then Congress. Each of these entities must buy off on it and that's why I mentioned civilians!
(1)
Reply
(0)

MAJ (Join to see)
4 y
The American people need to become knowledgeable of world threats. North KOREA could sell Iran nuclear weapons. Not a fiction novel. The Clinton Nuclear treaty has allowed NK to develop Nukes, they claim a minature NUKE to go on developing ICBM. Way to go Clinton. Obama and Kerry have opened the doors for IRAN. They have $150 billion, we have promises made of smoke by people who's holy book tells them to lie to infidels. Way to go Obama. Are your Rose Colored glasses working yet?
(0)
Reply
(0) 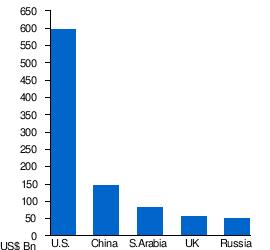 It's amazing we have a military at all when you consider the pocket change we spend on the military compared to our major adversaries.oh, wait. This chart shows top 5 countries for military spending for 2016.
(3)
Comment
(0)

SFC Marcus Belt
4 y
Spending notwithstanding, sir, are you asserting that we are more ready than we were before the spending cuts?
(0)
Reply
(0)

Lt Col Scott Shuttleworth
4 y
This chart needs to be taken in context. It is based on dollars. These other countries (except UK) conscript where everyone serves and don't pay their soldiers so their $'s are lower. They also don't pay retirement or medical after the service. Their spending based on modernization and feeding and supplying those in uniform.

If you looked at spending based on GDP -FY 2014 numbers (we are at 3.5%), China 2.1% and increasing, Saudi Arabia 10.8% and increasing, UK 2.0 and declining, Russia is 4.5 % and increasing. As you can see, others are increasing their spending per GDP. Per their GDP they are out spending us dollar for dollar in modernization and we are stagnant or decreasing at an alarming rate while our equipment is aging, technology is decades behind, and personnel numbers are shrinking. Not a way to run a defense. At least maintain.
(0)
Reply
(0)

Capt Seid Waddell
Posted 4 y ago
If we don't start rebuilding our military very soon the national decline will be irreversible.
(3)
Comment
(0)
Show More Comments
Read This Next
RallyPoint Home