The soldier killed by a roadside bomb in Afghanistan Tuesday was a special forces staff sergeant from Joint Base Lewis-McChord in Washington, the Army announced Wednesday.

Staff Sgt. Matthew V. Thompson, 28, of Irvine, California, died of wounds after an improvised explosive device exploded while his unit was on a foot patrol in Helmand Province, Afghanistan, Army officials said.

The attack occurred in Lashkar Gah, the capital of Helmand province, which has experienced growing violence in recent weeks as resurgent Taliban forces have reclaimed large swaths of territory previously secured by U.S. personnel. One Afghan official recently said the district was on the verge of being overrun.

"On behalf of the men and women of U.S. Central Command, I extend our sincere condolences to the family, friends and Sgt. Thompson's fellow service members, as well as gratitude for his selfless and honorable service to our Nation," Army Gen. Joseph Votel, U.S. Central Command commander, said in a statement Wednesday.

The IED also wounded another U.S. soldier as well as six Afghan troops.On Monday, U.S. military officials announced that 100 American troops were being sent to Lashkar Gah to back up Afghan forces. Afghan officials have indicated that 80 percent of Helmand province is back under Taliban control.

Tuesday's improvised explosive attack occurred during a joint U.S.-Afghan patrol, officials said. The mission was part of NATO's broad "train, advise and assist" activities. The unit struck by the roadside bomb was not a part of the additional 100 troops deployed Monday.

An investigation in underway, NATO said.
Thompson was the second U.S. combat death in Afghanistan this year. An Army Green Beret, Sgt. 1st Class Matthew McClintock, was killed in Helmand in January.

There are approximately 10,000 American troops deployed to Afghanistan, though that number will fall to 8,400 by the end of this year as part of President Obama's withdrawal plan. U.S. troops are focused on two missions: training and assisting the Afghan army, and counterterrorism. 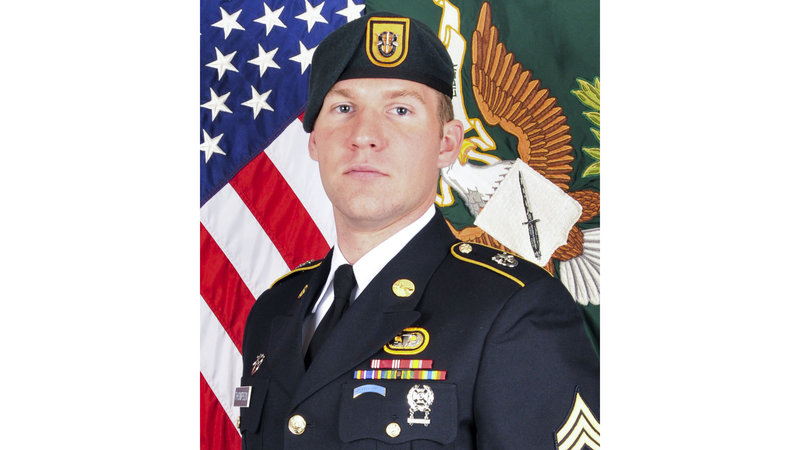 SGT Everett M. Cheney
Posted >1 y ago
See you in the halls brother . God grant your family some peace in their shared grief .
(0)
Comment
(0)