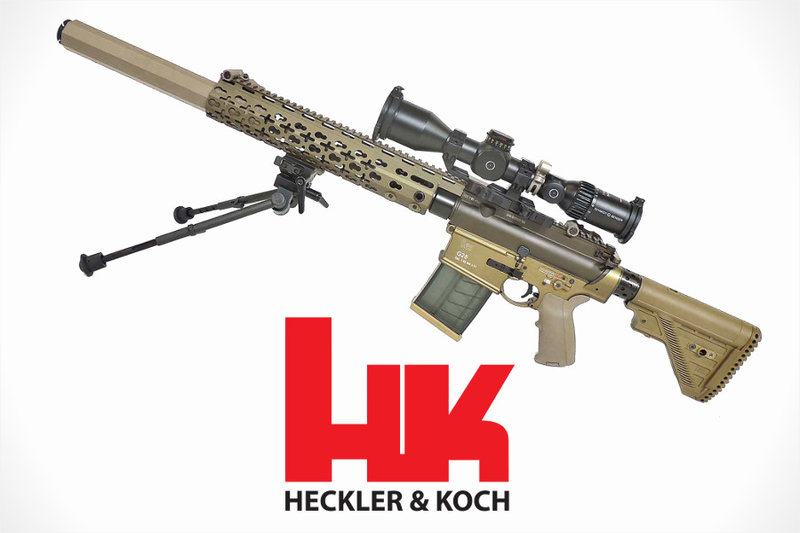 Posted from gunsamerica.com
Posted in these groups:

The G28 has no better capabilities than the M110 other than being two or three inches shorter and two or three pounds lighter -- for urban combat, as they say. This is not really practical, as it's important for sniper rifles to have a bit of weight, which increases recoil mitigation, allows for quicker and more consistent follow up shots and is general easier to hold steady. We also carried M4s whenever we operated in an environment where conventional engagements were considered possible. Additionally, close quarters combat, especially urban combat, is the last thing a sniper team ever wants to do. Doctrinally, if you get in a firefight, you fucked up big time. The only answer to a sniper team being engaged is to break contact, preferably with a smoke obscuration and screening indirect fires.

Long winded, I know, but the moral of the story is that we're spending $44 million on purchasing a new platform from a foreign company to replace a comparable US manufactured weapon that we already own. Terrible investment and poor decision.
(3)
Comment
(0)

Some teams that operate as two men instead of three choose to carry the M110 instead of the M107, as the M2010 has much greater power and engagement ranges than the M24 did, but at best, the M110 is the backup gun, and at worst it is third string. In just wanted to put a bit more context in how impractical the acquisition of the G28 is.
(1)
Reply
(0)

Cpl Jeff N.
Edited 3 y ago
Posted 3 y ago
Probably an excellent weapon but not sure what the advantage is. Sounds like a shorter weapon with a 7.62 round, gas operated, piston driven...AK 47 with a nice scope anyone? I love the AK platform, I own one myself.

If it's range isn't better than 800 yards I am not sure what the advantage is to some current weapons. Why does it take 5 years to source and decide on something like this? Why not an American made weapon system?
(2)
Comment
(0)

MSgt George Cater
3 y
Excellent example of a solution in search of a problem.
(0)
Reply
(0)

Cpl (Join to see)
3 y
I would just call it an AR-10 with a gas piston. I bought a Sig-Saur AR10 for my son for less than 1000. I'm sure there a few non-civilian features, but 12k per copy is a little steep, in my opinion. The suppressor is a nice feature also, but sub-sonic rounds bring the range down considerably.
(0)
Reply
(0)

Sgt John Steinmeier
3 y
More for urban environments where your shots are more than likely not to exceed 800 yards. The 12k per system does seem to be steep though it encompasses the redesign, accessories, parts, an apparent "service contract," and most importantly the HK stamp on the receiver (very expensive).
(0)
Reply
(0)

MSgt Cayle Harris
Posted 3 y ago
Don't get me wrong, it's a fine rifle. I don't believe it's enough of an upgrade to warrant the price.
(1)
Comment
(0)
Read This Next
RallyPoint Home