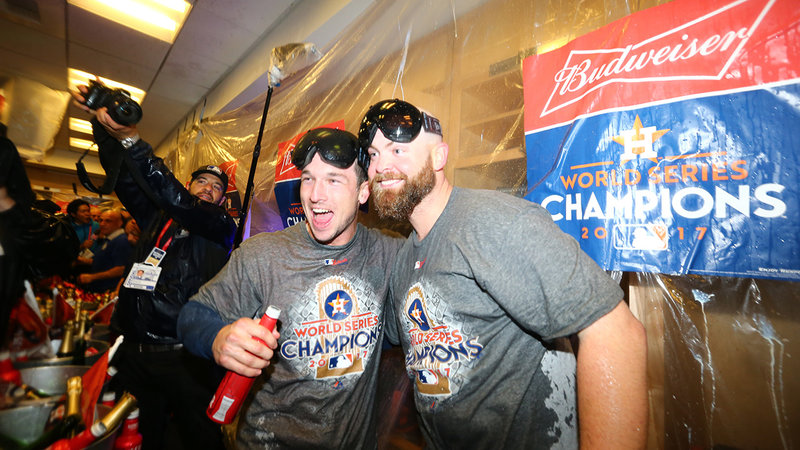 Posted from m.mlb.com
Posted in these groups:

MSgt Robert "Rock" Aldi
Posted >1 y ago
This was a pretty good world series. Have to say I didn't watch as much as last years probably because I was "torn" between the 2 teams. LA is the NL team; our Brewers are in the NL so I have to pull for any NL team in the WS. However, it wasn't all that long ago that Houston was also in the NL and imo not taken seriously. They were managed by former brewer great Cecil Cooper so there was a connection there. But I have to give the Astros " powers that be" credit for how they built that team since going over to the AL. They gambled by getting rid of Hunter Pence (probably their biggest gun) not too long ago for some talented rookie players etc...and here they are World Champs.
Lori Strain SPC Margaret Higgins
(3)
Comment
(0)

Lori Strain
>1 y
I did not watch as much this year either. I am a born & bred Cubs fan so I had my thrill last year! I too usually pull for any NL team vs. AL. This year I just wasn't that vested in it and I had friends supporting both teams so I stayed "neutral". It is nice that Houston nabbed their first ring.
(1)
Reply
(0)

MSgt Robert "Rock" Aldi
>1 y
SPC Margaret Higgins - Yw. For some reason I had in my mind that you follow baseball so it just made sense to tag both of you ladies.
(0)
Reply
(0)

LTC Stephen F.
Posted >1 y ago
Thanks for reminding us TSgt Joe C.
(0)
Comment
(0)
Read This Next
RallyPoint Home