PO1 William "Chip" Nagel
1.67K
41
24
7
6
1
The Black Lives Matter movement has been nominated for the 2021 Nobel Peace Prize following a year in which protests demanding racial justice exploded across the world.

Norwegian MP Petter Eide said in his nomination papers that the movement had forced countries other than the US to face up to racism within their own societies.

“I find that one of the key challenges we have seen in America, but also in Europe and Asia, is the kind of increasing conflict based on inequality,” Mr Eide said, according to The Guardian. 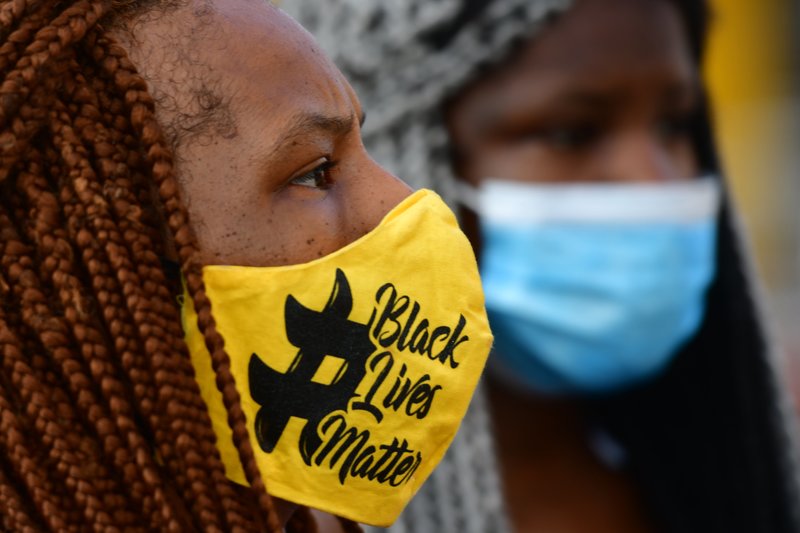 SGT Joseph Gunderson
Posted >1 y ago
The Nobel, just like many other formerly prestigious awards, means nothing anymore. It's another form of political messaging and nothing more. To even think about giving the Nobel to such a cause is unbelievably inane. It defies all logic, unless, of course, you understand the point of such awards is no longer to identify immense, notable contributions to mankind but to grant legitimacy to politically favored individuals and organizations.
(7)
Comment
(0)

SSG Robert Perrotto
Edited >1 y ago
Posted >1 y ago
This is from an onion or babylon bee types of publication right? BLM - peaceful??? Fairly certain 1000's of small business owners would disagree, The families of officers doing their jobs would disagree, The millions of dollars in damage to peoples homes, property, and livlihoods disagree. You can have a noble cause, but the truth is, a movement will be defined by the actions taken in its name.

People want to tar and hold every Trump supporter responsible for the capital riot, then , by extension, every riot done at a BLM protest can and will be held to the same standard, and forever stain the movement. That is equality, welcome to it.
(4)
Comment
(0)

The Black Lives Matter movement has been nominated for the 2021 Nobel peace prize for the way its call for systemic change has spread around the world.

MSG Stan Hutchison
Posted >1 y ago
I would ask my conservatives friend here to show one case where known BLM members were shown be destructive.
(3)
Comment
(0)
show previous comments

SSG Robert Perrotto
>1 y
MSG Stan Hutchison - you have got to be kidding right? You are going to blame all that shit on individuals false flagging the movement? in dozens of cities, all throughout the summer? Like I said above, you can have a noble cause, but no matter how you try to rationalize this, the World associates this with BLM, They are not seen as a "peaceful" movement for social change, Here in Europe, they are compared to the Yellow vests. If you watch what happened in chicago, you can literally see someone dropping frozen water bottles and other items to throw , and other people just picking it up and throwing it Officers, those were normal people in the crowd bending andd picking up items to throw, fireworks, frozen bottles and other shit - spare me the Bovine fecal matter MSG.

Addison, a violent movement does not need a centralized command structure, or have you not dealt with the likes of the Taliban, AL Queda or other insurgencies? Small de centralized cells, loosely united in a cause, creating havoc and destruction, communicating through social media, pamphlets, and other unorthodox means.
(0)
Reply
(0)

SFC (Join to see)
>1 y
SSG Robert Perrotto The Taliban and AQ do actually have a hierarchy. AQ's fractured completely several years ago. But they have hierarchies.
(2)
Reply
(0)

SSG Robert Perrotto
>1 y
SFC (Join to see) - Kelly, AQ was hybrid of the two, and they still exist, still have cells, and still carry out missions independent of each other. People are deliberately blinding themselves to the truth of BLM. Their message on paper is beautiful, their actions done in its name, the same as the proud boy's. Violence for political change, and I absolutely am calling bullshit that all of it was false flagged, is violence, Your front doesn't mean squat.
(0)
Reply
(0)

MSG Stan Hutchison
>1 y
OK, folks, I googled "blm members identified at riots" and all I got was articles of the 6 January riot, disproving any BLM members were there with one exception.
Here is a pertinent article from the time:
https://apnews.com/article/virus-outbreak-race-and-ethnicity-suburbs-health-racial-injustice-7edf9027af1878283f3818d96c54f748