Lt Col Charlie Brown
594
60
8
23
23
0
https://www.history.com/this-day-in-history/tiananmen-square-massacre-takes-place?cmpid=email-hist-tdih-2021-0 [login to see] 1&om_rid=
Chinese troops storm through Tiananmen Square in the center of Beijing, killing and arresting thousands of pro-democracy protesters. The brutal Chinese government assault on the protesters shocked the West and brought denunciations and sanctions from the United States.

In May 1989, nearly a million Chinese, mostly young students, crowded into central Beijing to protest for greater democracy and call for the resignations of Chinese Communist Party leaders deemed too repressive. For nearly three weeks, the protesters kept up daily vigils, and marched and chanted. Western reporters captured much of the drama for television and newspaper audiences in the United States and Europe.
On June 4, 1989, however, Chinese troops and security police stormed through Tiananmen Square, firing indiscriminately into the crowds of protesters. Turmoil ensued, as tens of thousands of the young students tried to escape the rampaging Chinese forces. Other protesters fought back, stoning the attacking troops and overturning and setting fire to military vehicles. Reporters and Western diplomats on the scene estimated that at least 300, and perhaps thousands, of the protesters had been killed and as many as 10,000 were arrested. 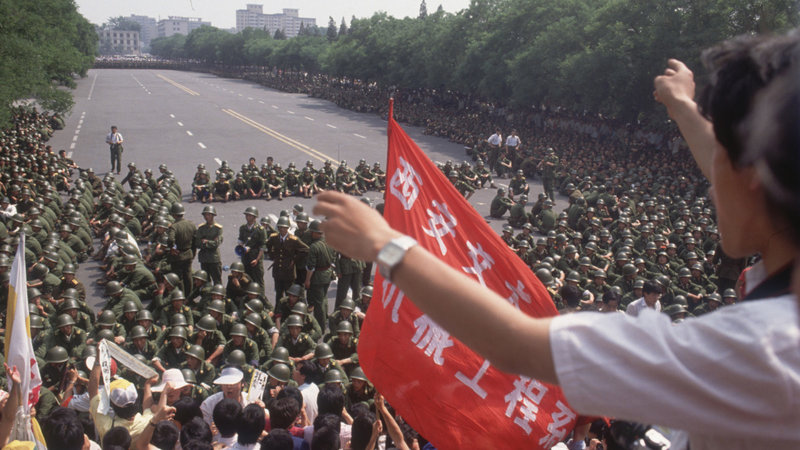 SSG (Join to see)
Posted 4 mo ago
Yet Hollywood and the NBA both kiss the Chinese governments ass over and over, while it abuses it's peoples rights.
(7)
Comment
(0)

Lt Col John (Jack) Christensen
Posted 4 mo ago
One of those glued to the tv moments.
(5)
Comment
(0)
Show More Comments
Read This Next
RallyPoint Home