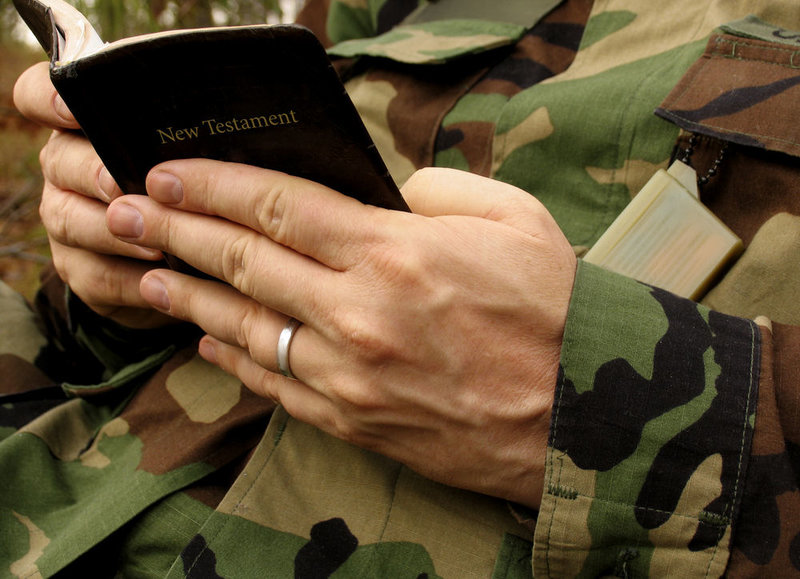 Posted from wnd.com
Posted in these groups:

"A military officer has decided, for a chaplain under his command, what his "religious beliefs" must be, a decision that is being challenged by First Liberty Institute as "wildly inappropriate and offensive."

The problem developed when a news "report" described how Joe Biden was planning to drop President Trump's "military transgender ban."

Chaplain Andrew Calvert then, while the ban still was the military's policy and practice, wrote on his own social media account, which explained it was not representative of the Department of Defense, questions about the proposed change.
(7)
Comment
(0)
show previous comments

SGT (Join to see)
2 mo
CWO3 Dave Alcantara - I'm not really sure, but I think Political Officers had shorter than average...time in the trenches.
(2)
Reply
(0)

MAJ Hugh Blanchard
2 mo
CWO3 Dave Alcantara - Sir, we may be seeing that already in the move to take sexual harassment and assault cases out of the hands of the military chain of command and put them into the hands of a new separate chain of authority established to handle those cases. If that happens, it would not seem too far a step to set up a similar alternate chain to deal with "extremism". I'm not sure how wide a definition that "extremism" will accrue. That possibly wider definition is where the real danger lies, I believe. There may be a push to expand this "anti-extremism" effort to include in the definition of extremism any disagreement with certain political views and policies.
(2)
Reply
(0)

SSgt Joseph Baptist
1 mo
MAJ Hugh Blanchard - Feels like we are only a short step away from "political officers" aka "Commissars".
(1)
Reply
(0)

MAJ Hugh Blanchard
1 mo
As a former Intelligence Soldier, NCO and Officer with a degree in Russian Language and History, I share your concern. This ongoing effort to root out "Extremism" in the Pentagon sounds good on the surface but could morph into something terrible. Who defines what is included in "Extremism"? If this effort targets ALL extremist and terrorist groups that threaten the U.S. Constitution, then that is fine. If this effort is narrowly defined to only go after certain groups in support of a political agenda, that is potentially very bad. In the latter case, we could be following in the footsteps of Hitler and Stalin. They both used politically-motivated purges of their military to eliminate any opposition to their extremist political beliefs.
(2)
Reply
(0)