Deconstructing the “Warrior Caste:” The Beliefs and Backgrounds of Senior Military Elites 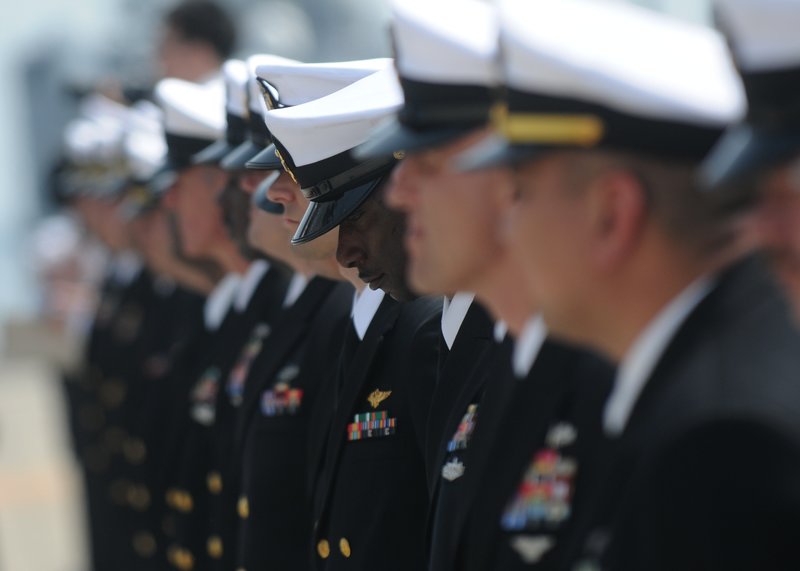 Deconstructing the “Warrior Caste:” The Beliefs and Backgrounds of Senior Military Elites

Posted from stratblog.sites.usa.gov
Posted in these groups:

MSgt (Join to see)
Posted 4 y ago
The conclusions of this seem at odds with one of their sources.
http://www.pewresearch.org/fact-tank/2016/11/11/profile-of-u-s-veterans-is-changing-dramatically-as-their-ranks-decline/
This source seems to indicate that the veteran population will become more diverse.
I think the data set used for the article in question was too small. It would be interesting to add in some SNCO data into it and see if the results shift any.

Being an all volunteer force any segment of the population can join if they meet the moral, physical and academic requirements. Certain sections of the population may self select not to serve. This is not the military's fault that some parts of the population would be under represented because of it.
Some of the data from the DoD could also be unintentionally misleading. I was born and raised in new england but do not currently live there. Deers records me currently as a midwesterner. When I first joined many years ago I was living in the south attending college. I had changed my official residence to there prior to joining so again, the region of my birth would not be represented. Stuff like this can throw off data sets.
http://www.heritage.org/defense/report/who-serves-the-us-military-the-demographics-enlisted-troops-and-officers
http://www.businessinsider.com/us-military-demographics-2014-8
http://download.militaryonesource.mil/12038/MOS/Reports/2014-Demographics-Report.pdf

Profile of U.S. veterans is changing dramatically as their ranks decline

The share of the population with military experience – counting those who are on active duty or were in the past – has fallen by almost half since 1980.

SSG Robert Webster
4 y
MSgt (Join to see) I am sure that some of the data from DoD is unintentionally misleading, but in most cases is not necessarily the fault of the DoD. Take your instance for an example, my question to you would be - What was used as your 'Home of Record' when you signed up? Did you use or inadvertently use your enlistment location as your HOR? And could that have also been because of income tax advantages for you? I have seen and also participated in a number of like surveys throughout my time in service and found that it ends up being skewed because of the information used and provided by the individual to the service. Would you be surprised if for example that Texas 'supposedly' has a significant representation in the military as a whole? You shouldn't be, because all too many claim Texas as 'Home of Record' because of the fact that that state has no Income Tax. Florida may even come in as a close second because of the same reason. Why do you think that there are so many people from New York and New Jersey live in Florida after 'retirement?' Some of these studies do take those factors into consideration. Do not forget about the number of people born in states with a significant military presence that do not claim those states as their HOR, or of those that were born OCONUS.
But getting back to your point of he data set issues, when you take all of those factors into consideration, I would bet that it came up with some of the same conclusions that similar studies in the late 60s and early 70s did, and that a significant number of people that end up being career service members come from the southern tier of states and or areas with a significant military population, and due to those factors a significant number also are part of a military type family.
(1)
Reply
(0)

MSgt (Join to see)
4 y
I agree. The DoD is not at fault with the HOR data at all. If you can give yourself a tax advantage take it! Maybe I will become one of those snow birds in my retirement too! I agree that the areas that are under represented would continue to be under represented and other areas would show higher representation but the effect might be muted slightly. I also liked the chart in one of the other links showing service members as a percentage of population. That takes out the effect of large vs small population states when looking for how represented a state is FOR ITS SIZE in the military. The buisness insider link I provided above chart 4 of 23 shows this.
(1)
Reply
(0)

SSG Robert Webster
4 y
MSgt (Join to see) - Take a look at that chart again. It actually supports my contention. One thing that the chart label left out was Georgia when it stated Maine and Florida about being overrepresented. But you can also take in the case of Maine, it is not too big of a surprise when you factor in that their are or were bases located there that few people take into consideration and that it is a prime maritime state as well, so factor in Navy/MC, Coast Guard, and last but not least the Merchant Marine. And let us not forget that Maine also had the largest SAC base at one time, that closed in the 90s.
What initially surprised me about one of the results of these types of studies is about my own home state of Kansas; and that is how many Kansans join either the Navy or MC and how many return after ETS or retirement. I have several family members that fall into that category.
(0)
Reply
(0)

SGT (Join to see)
Posted 4 y ago
I'm ok with a warrior caste existing. If SHTF someone has to stand up and do something. Who better to do it than those who know what they're doing?
(3)
Comment
(0)

SGT Eric Knutson
Posted 4 y ago
One of the points that caught my eye was the generational service of some families, and that has always been the case, there are some families where service in this venue is our calling. Warrior families have history of service going back 8 - 10 generations, or in some few cases 5 or 6 Centuries of service to the Nation they call home. Some generations do minimum enlistments, some go on to lifer status, but every generation serves. We are seeing less of that, but that is more dependent upon a persons family upbringing than upon society itself.
(2)
Comment
(0)

SGT Eric Knutson
4 y
CDR (Join to see) - well, Sir, I do happen to know many people in the multigenerational catagory because I happen to be one, for my family (direct line) we have an unbroken line of service (Military / Law Enforcement) going back at least to the 1600's for both here in America and in Norway our homeland. So I grew up with many of them, and most of us chose a different path than our Sires to try to get out from their shadows (good or bad).
(2)
Reply
(0)
Show More Comments
Read This Next
RallyPoint Home