MAJ Montgomery Granger
1.32K
17
7
5
5
0
https://www.lawfareblog.com/document-guantanamo-detainee-files-cert-petition
On Dec. 5, counsel for Guantanamo detainee Moath Hamza Ahmed al-Alwi filed a petition for a writ of certiorari with the United States Supreme Court. Al-Alwi is a Yemeni citizen who was captured in Pakistan in 2001 and has been detained at Guantanamo Bay since 2002.

Al-Alwi disputes his classification as an enemy combatant and argues that the U.S. government lacks the authority to detain him under the 2001 Authorization for the Use of Military Force. Both the district and circuit courts denied al-Alwi’s habeas petition. His petition for certiorari and the accompanying appendix are available in full below: 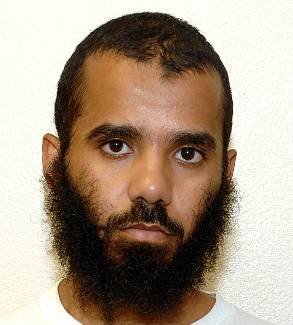 Lt Col Charlie Brown
Posted 2 y ago
I hope he stays there until he expires.
(5)
Comment
(0)

Cpl Mark A. Morris
Posted 2 y ago
If he is let go, as an Al-Qaida member, he has to fight the Infidel and Jews. It is Muhammad's orders.
For 16.5 years plus, medical, dental, food, security and court fees, it has cost the American tax payer too much. But he will be squared away when he returns to planning evil and nefarious deeds.
No one gets the warriors for Hubal ready to get back to Islamic terrorism than the American tax payer. No one.
Have a good evening MAJ.
(2)
Comment
(0)

SSgt Boyd Herrst
2 y
I thought giving him a frontal lobotomy would work but that they (liberal snowflakes)would say he qualifies for SSDI for the rest of his life....
(1)
Reply
(0)
Read This Next
RallyPoint Home