SFC (Join to see)
254
0
0
0
0
0
https://www.theguardian.com/technology/2021/may/12/elon-musk-tesla-bitcoin?utm_medium=email&utm_source=rasa_io&PostID=30221495&MessageRunDetailID= [login to see]
Tesla has suspended customers’ use of bitcoin to purchase its vehicles, Elon Musk said on Wednesday, citing concerns about the use of fossil fuel for bitcoin mining.


Dogecoin’s record-breaking rise shoots ‘joke’ cryptocurrency to wider attention
Read more
Bitcoin, the world’s biggest digital currency, fell almost 17% after the tweet to its lowest point since the beginning of March. It recovered slightly in Asian trading but was still off 12% at $50,933 early on Thursday morning.

Musk said Tesla would not sell any bitcoin, and intends to use bitcoin for transactions as soon as mining transitions to more sustainable energy.

“We are also looking at other cryptocurrencies that use <1% of bitcoin’s energy/transaction,” Musk said.


Musk said in March that Tesla customers can buy its electric vehicles with bitcoin.

The digital currency is created when high-powered computers compete against other machines to solve complex mathematical puzzles, an energy-intensive process that currently often relies on electricity generated with fossil fuels, particularly coal.

At current rates, such bitcoin “mining” devours about the same amount of energy annually as the Netherlands did in 2019, the latest available data from the University of Cambridge and the International Energy Agency shows.

Q&A
What is cryptocurrency?
Show
Advertisement
Tesla revealed in February it had bought $1.5bn of bitcoin, before it began accepting it as payment for cars in March, driving a roughly 20% surge in the world’s most widely held cryptocurrency.

Musk on Wednesday said Tesla would not sell any bitcoin, and intends to use bitcoin for transactions as soon as mining transitions to more sustainable energy.

On Wednesday, Edward Moya, a senior market analyst at currency trading firm OANDA, said that Musk was getting ahead of investors focused on sustainability.

“The environmental impact from mining bitcoins was one of the biggest risks for the entire crypto market,” Moya said. “Over the past couple of months, everyone disregarded news that bitcoin uses more electricity than Argentina and Norway.”

Chris Weston, head of research at broker Pepperstone in Melbourne, said Musk’s reaction was a blow to bitcoin but an acknowledgement of the currency’s carbon footprint.

“Tesla has got an image of being environmentally friendly and bitcoin clearly is the opposite of that,” Weston said.

“Cryptocurrency is a good idea on many levels and we believe it has a promising future, but this cannot come at great cost to the environment,” Musk said.

The dominance of Chinese bitcoin miners and lack of motivation to swap cheap fossil fuels for more expensive renewables could mean there are few quick fixes to the emissions problem.

Chinese miners account for about 70% of bitcoin production, data from the University of Cambridge’s Centre for Alternative Finance shows. They tend to use renewable energy – mostly hydropower – during the rainy summer months, but fossil fuels – primarily coal – for the rest of the year.

In theory, blockchain analysis firms say, it is possible to track the source of bitcoin, raising the possibility that a premium could be charged for green bitcoin. Stronger climate change policies by governments around the world might also help.

Some bitcoin proponents note that the existing financial system – with its millions of employees and computers in air-conditioned offices – uses large amounts of energy, too.

Musk has been a fan of other cryptocurrencies, firing off tweets this year that have made the once-obscure digital currency dogecoin well known. Musk said on Sunday that his commercial rocket company SpaceX will be accepting the meme-inspired cryptocurrency as payment to launch a lunar mission next year.

… we have a small favour to ask. Through these challenging times, millions rely on the Guardian for independent journalism that stands for truth and integrity. Readers from 180 countries chose to support us financially more than 1.5 million times in 2020.


"I love that I can get massively irritated by your reporting and (metaphorically) toss it at the wall, but still keep coming back for your insightful and relevant critique of the news of the day. To me, that is the hallmark of good journalism: I don’t agree with it all, but I respect the heck out of it." – Neil Guernsey, Canada


With your help, we will continue to provide high-impact reporting that can counter misinformation and offer an authoritative, trustworthy source of news for everyone. With no shareholders or billionaire owner, we set our own agenda and provide journalism that’s free from commercial and political influence. When it’s never mattered more, we can investigate and challenge without fear or favour.


Unlike many others, we have maintained our choice: to keep Guardian journalism open for all readers, regardless of where they live or what they can afford to pay. We do this because we believe in information equality, where everyone deserves to read accurate news and thoughtful analysis. Greater numbers of people are staying well-informed on world events, and being inspired to take meaningful action.


We aim to offer readers a comprehensive, international perspective on critical events shaping our world – from the Black Lives Matter movement, to the new American administration, Brexit, and the world's slow emergence from a global pandemic. We are committed to upholding our reputation for urgent, powerful reporting on the climate emergency, and made the decision to reject advertising from fossil fuel companies, divest from the oil and gas industries, and set a course to achieve net zero emissions by 2030. 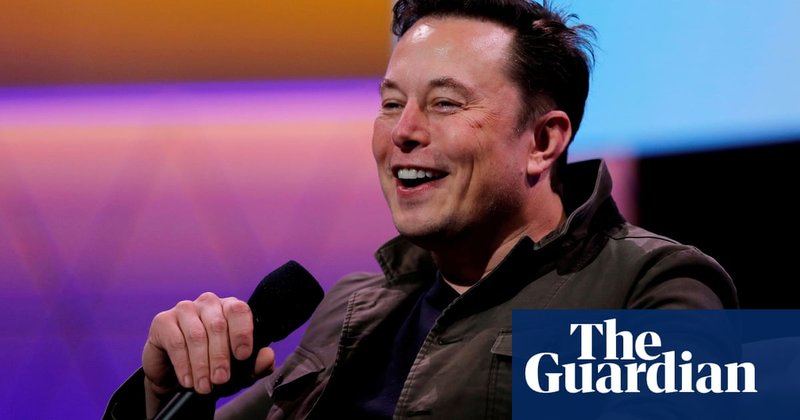 Posted from theguardian.com
Posted in these groups:

Economy
Posted 8 mo ago
Read This Next
RallyPoint Home