The ceremony took place at Montford Point Marine Museum in Jacksonville at 1:00 p.m. 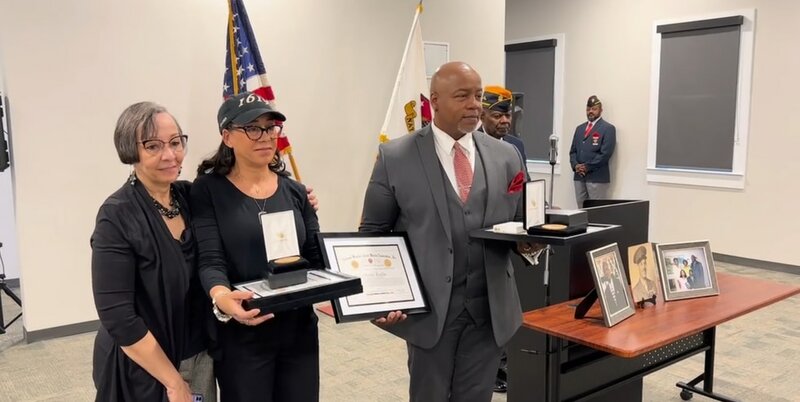 Posted from witn.com
Posted in these groups:

SGT (Join to see)
Posted 6 mo ago
PO1 William "Chip" Nagel
..."“The quest continues to locate more than 15,000 men who served as Montford Point Marines and have been awarded the Congressional Gold Medal,” said Susan Dosier on behalf of Visit Jacksonville NC. “These first black Marines trained separately from their white counterparts in harsh conditions and then fought valiantly alongside white Marines in World War II.”

With no official record of those who served from 1942 to 1949, the Montford Point Marine Association has sought to recognize and continue awarding the medals to the men who served but were not recognized."
(0)
Comment
(0)
Read This Next
RallyPoint Home