"FDIC
The FDIC, or Federal Deposit Insurance Corporation, is an agency created in 1933 during the depths of the Great Depression to protect bank depositors and ensure a level of trust in the American banking system. After the stock market crash of 1929, anxious people withdrew their money from banks in cash, causing a devastating wave of bank failures across the country.

Bank Failures Deepen Depression
Many analysts expected the United States economy to make a quick and robust recovery after the stock market crash of 1929. Three previous market contractions—in 1920, 1923 and 1926—had lasted an average of 15 months each.

Questionable managerial and financial practices caused the collapse of Nashville, Tennessee-based Caldwell and Company, one of the largest banking chains in the South, in November 1930. Caldwell’s failure caused scores of regional commercial banks to temporarily suspend operations.

Customers began to panic, withdrawing their funds in cash from other banks. These “bank runs” destabilized financial institutions. Across the country, banks ran out of cash and faced sudden bankruptcy.

Gold Standard
Things got worse in the fall of 1931 when Great Britain left the gold standard.

In a gold standard system, the value of a nation’s currency is backed by a specified amount of gold. Americans became concerned the United States would do the same. Many customers withdrew their deposits from banks and converted their money to gold. This caused even more banks to fail and depleted U.S. gold reserves.

More than 4,000 American banks collapsed between 1929 and 1933 at a loss to depositors of about $1.3 billion. The United States sunk deeper into an unprecedented economic meltdown.

Banking Act of 1933
Within days of taking office in 1933, President Franklin D. Roosevelt passed emergency legislation that would begin to restore confidence in the American banking system. In June of that year, FDR signed into law the Banking Act of 1933.

The bill is often referred to as the Glass-Steagall Act after its two Congressional sponsors, Senators Carter Glass and Henry Steagall, Democrats from Virginia and Alabama, respectively. The Banking Act of 1933 was part of FDR’s New Deal, a series of federal relief programs and financial reforms aimed at pulling the United States out of the Great Depression.

The Banking Act established the FDIC. It also separated commercial and investment banking and for the first time extended federal oversight to all commercial banks.

The FDIC would insure commercial bank deposits of $2,500 (later $5,000) with a pool of money collected from the banks.

Small, rural banks were in favor of deposit insurance. Larger banks opposed the measure. They worried they would end up subsidizing smaller banks.

Overwhelmingly, the public supported deposit insurance. Many hoped to recover some of the financial losses they had sustained through bank failures and closures.

The FDIC did not insure investment products such as stocks, bonds, mutual funds or annuities. No federal law mandated FDIC insurance for banks, though some states required their banks to be federally insured.

FDIC Today
In 2007, problems in the subprime mortgage market precipitated the worst financial crisis since the Great Depression. Twenty-five U.S. banks had failed by late 2008.

The most notable bankruptcy was Washington Mutual Bank, the nation’s largest savings and loan association. A downgrade in the bank’s financial strength in September 2008 caused customers to panic despite Washington Mutual’s status as an FDIC-insured bank.

Depositors withdrew $16.7 billion from Washington Mutual Bank over the next nine days. The FDIC subsequently stripped Washington Mutual, Inc. of its banking subsidiary. It was the largest bank failure in U.S. history.

Dodd-Frank permanently raised the FDIC deposit insurance limit to $250,000 per account. The Act also expanded the FDIC’s responsibilities to include regular risk assessments of all FDIC-insured institutions." 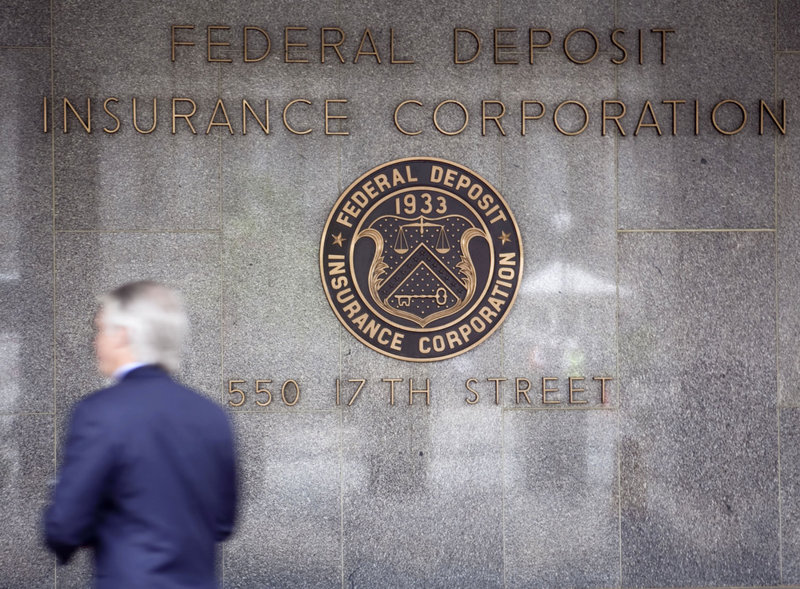 Posted from history.com
Posted in these groups: FDIC

SGT Robert Pryor
Posted >1 y ago
I hope everyone realizes how important the FDIC and the FSLIC are to the stability of our economy.
(4)
Comment
(0)

PVT Mark Zehner
Posted >1 y ago
Thank you for the information!
(1)
Comment
(0)
Read This Next
RallyPoint Home