Capt Gregory Prickett
1.27K
8
6
2
2
0
Abbott was denied qualified immunity and now has to submit to a deposition. It is a very clear case, you can't allow Christian displays and deny non-Christian displays. The actual order is at https://ffrf.org/images/1AbbotDecision_October13.pdf 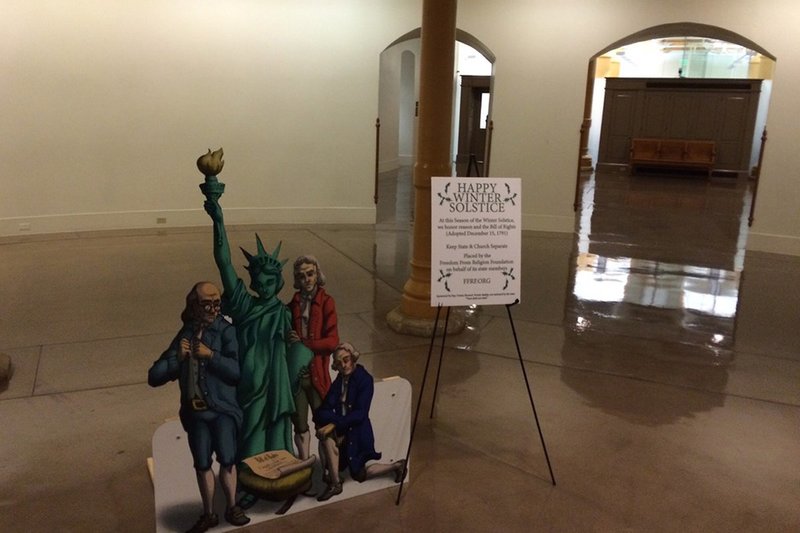 Posted from texastribune.org
Posted in these groups:

Capt Gregory Prickett
>1 y
SGT (Join to see) - no, that is incorrect. You can't allow displays advocating a religious point of view, such as a pro-atheism display (in the sense used by SCOTUS, that atheism is such a viewpoint even though not technically a religion) without allowing religious displays. But non-Christian incorporates purely secular displays too, and you do not have to allow religious displays when you have secular displays.
(0)
Reply
(0)

SGT (Join to see)
>1 y
"The U.S. Supreme Court declined Monday to take up a fight over a Ten Commandments monument on the lawn outside city hall in Bloomfield, New Mexico.

Lower courts ordered it removed, ruling that the monument amounted to a government endorsement of religion. The city appealed, arguing that the nation's courts have issued conflicting rulings on when Ten Commandment monuments are allowed on public property."
https://www.nbcnews.com/politics/supreme-court/supreme-court-stays-out-ten-commandments-fight-n811071

"A federal appeals court on Wednesday declared unconstitutional a towering cross-shaped monument that has marked a major intersection in Prince George’s County for 90 years.

In a 2-1 ruling, the U.S. Court of Appeals for the 4th Circuit said the 40-foot-tall memorial maintained with thousands of dollars in public funds “has the primary effect of endorsing religion and excessively entangles the government in religion.”
https://www.washingtonpost.com/local/public-safety/towering-cross-shaped-monument-on-public-land-is-unconstitutional-court-rules/2017/10/18/b26e4afe-5b47-11e7-9b7d-14576dc0f39d_story.html?utm_term=.d06e4ab2511f

There are two examples among many.

The U.S. Supreme Court declined Monday to take up a fight over a Ten Commandments monument on the lawn outside city hall in Bloomfield, New Mexico.

SGT David T.
Posted >1 y ago
Seems pretty cut and dry to me lol
(1)
Comment
(0)
Read This Next
RallyPoint Home