SFC (Join to see)
7.71K
35
21
13
13
0
An eight-week application window has opened for women lieutenants of the Army Competitive Category who want to branch-transfer to Infantry or Armor.

The career-change opportunity supports a multifaceted Army campaign to open all branches and specialties to women, as ordered by Defense Secretary Ash Carter in December.

Other recent initiatives supporting that decision include combat arms reclassification opportunities for enlisted women, and the opening of officer, warrant officer and enlisted assignment opportunities with the 75th Ranger Regiment, a unit previously closed to women.
The Infantry and Armor branch transfer program that opened April 5 will close May 31. It is targeted at female lieutenants in year groups 2014 and 2015 of the Army Competitive Category.

These officers have second lieutenant dates of rank of Oct. 1, 2013, or later.

The ACC is a management category that encompasses the basic line branches of the Regular Army.

The Infantry and Armor transfer program does not include officers of the Judge Advocate General’s Corps, Chaplain Corps, Army Medical Department or Warrant Officer Corps.

Officers in these categories should contact their career management branch regarding branch transfer procedures.
ACC lieutenants who meet the year group and date of rank criteria, and who want to transfer to Infantry or Armor, can do so using a DA Form 4187 (Personnel Action), and a recent Army Physical Fitness Test Scorecard (DA Form 705).

Officers must be able to attend the Infantry or Armor Basic Officer Leadership Course, and serve a one-year assignment as a platoon leader in their new branch, before attending the Maneuver Captain Career Course at Fort Benning, Georgia.

Application packets should include any other documents that support the transfer request, such as transcripts, that may not be in an officer’s official personnel file.

Applications will be reviewed by a branch transfer panel that convenes June 14 at the Human Resources Command, Fort Knox, Kentucky. The results are tentatively scheduled for release in late June.

Personnel officials suggest that before submitting an application, officers read the appropriate sections of DA Pamphlet 600-3, the commissioned officer career guide, which lays out the professional development timelines for Infantry and Armor. 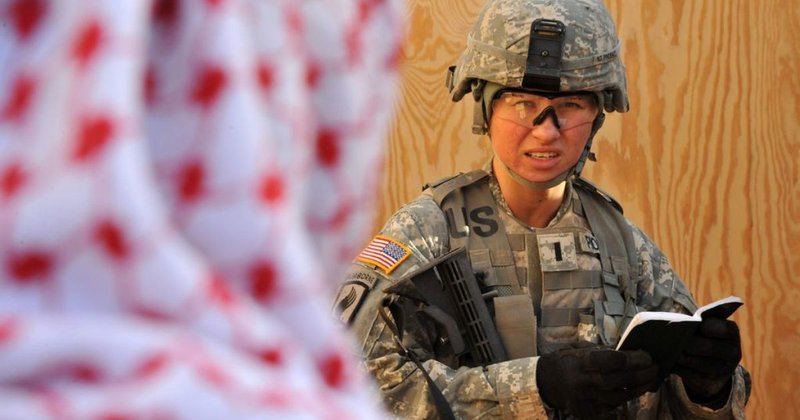 Women in the MilitaryInfantry Center (Army)Armor
Posted 5 y ago
Responses: 9

LTC (Join to see)
Edited 5 y ago
Posted 5 y ago
I am afraid that these women will have to be exceptionally mentally tough as well as physically capable. Because while I would like to think that fellow soldiers and officers would accept and support a fellow platoon member, unfortunately I doubt that will be the case. I fear that any LT type mistake that all LTs make will be magnified and used to say "see, she shouldn't be here". And while any male soldier who struggles under a particular physically demanding activity would be encouraged by peers to keep driving on and make it, I fear many will be just as happy to let the female fail with no encouragment or support.

The history of any minority group entering a previously closed field is replete with examples of this. So these first females will have to be able to succeed in spite of, rather than with the support of her fellow soldiers, peers and senior officers. As all the discussions have shown, there are many who don't believe they belong, whether they show they can hang or not. And unfortunately, people like that will not just be neutral, but will seek to undermine the females. Just look at all the false rumors about the females in Ranger School.. Bullshit like the CG walked their graded patrols and overrode the failure by the RI to pass them. And it turns out the neither the CG nor the CSM walked any graded patrols by the females.

So I give great respect for any officer that signs up for this. It will be extremely difficult as it always is for the trailblazers. Every mistake and struggle will be magnified and publicized, while any successes will be diminished and excused away, rather than give credit to the officer herself.
(6)
Comment
(0)

SGT Eliyahu Rooff
5 y
Sadly, I think you're right. People tend to root for the people they want to succeed and ignore or disparage those they want to fail.
(0)
Reply
(0)

LTC Stephen F.
Posted 5 y ago
I hope the Army follows the USMC lead and does not change the physical standard requirements for combat arms position for enlisted, warrant or commissioned officer positions SFC (Join to see). If a commissioned officer woman is fully qualified to serve as a combat arms officer then under the current rules she should be offered the opportunity to go for ten transfer. If she does not make the grade she should be able to transfer back without undue penalty.
(4)
Comment
(0)
show previous comments

LTC (Join to see)
5 y
But those aren't "standards." There are MOS-specific physical requirements in the works, but I worked with many Infantrymen who could not have carried an armored, incapacitated LT Kile to safety. Almost no one is trained on hand-to-hand combat. None of my combat arms training had any physical requirement other than the Army-wide standard. I was not required to lift a howitzer to graduate FAOBC. I did not have to carry a wounded comrade 100 yards under fire to graduate from the Infantry Career Course. I was not made to carry a heavy machine gun (or a wounded comrade) to graduate from Ranger School. As long as an 11B can score a 180 on the APFT, he (or she) can wear the blue cord (and a Ranger Tab, if earned); yes, the standard to graduate Ranger School is a mere 180 on the 17-21 scale.

Whether there should be gender-based differences in the standard deserves more attention, but that is a different discussion.
(0)
Reply
(0)

LTC Stephen F.
5 y
LTC (Join to see) - After I was commissioned into the infantry in 1980, I had a lot of experience with infantry requirements. I was a company commander at the US Army Infantry Training Center from 1985 to 1886 and trained hundreds of infantrymen and then I was chief test and evaluation in 1987 at the USAITC which overseas the qualification process to be come infantrymen
As I moved up in the ranks I periodically worked with TRADOC on requirements standardization and related issues.
In 1975 I was part of the USMAPS class that included women and in 1976 I was part of the first USMA class that included women. Our class attrition rate was about 35% including 4 deaths; but, for women it was over 50%. Despite a nation-wide focus and Congressional attention there were areas which blindsided leadership once we were all going through Beast training and plebe year. I saw first hand how this process worked and its flaws.
Gentlemen I know you spent time at West Point and saw the academy when it was co-ed. Do you have any thoughts on this issue? SGM David W. Carr LOM, DMSM MP SGT SFC William Farrell
FYI SFC (Join to see)
(0)
Reply
(0)

SFC J Fullerton
5 y
Sir, the priority people put into health and physical fitness has came a long way since the 70's and 80's. So has the science of physical fitness and exercise. West Point competes in the college obstacle course championships and cross-fit games, and they dominate. The female cadets who compete are studs. Not saying that all female USMA cadets are athletes and PT Gods, but willing to bet that most are in better shape than their peers were 30 years ago. Also, a female who chose the USMA over a university and successfully graduates after 4 years and becomes an Army officer has a drive and fortitude that sets her apart from a typical female. She holds herself to higher standard. Those that seek this transfer are likely the ones that know themselves well enough that they believe than can be successful and welcome the challenge.
(1)
Reply
(0)

LTC Stephen F.
5 y
SFC J Fullerton - Thanks for weighing an din and putting things in perspective.
In my class there was a national effort to break the ice and get enough women into the military, naval and USAF academies. Some were physically capable, others were academic stars, but many were neither. We had over a 50% attrition rate for the women in our class while the overall rate was the typical 35% rate.
As in most things in life, the first ones bear the brunt of the ground breaking while those that follow benefit. My company had no women cadets in my year group. The class behind in my company had six women - one of whom was the first female graduate of West Point to be promoted to BG.
(0)
Reply
(0)

SMSgt Dr. G. A. Thomas
Posted 5 y ago
Shepherding in the women is another step towards equality
(3)
Comment
(0)

LTC Ray B. (Ret)
2 y
If everyone is equal then everyone would qualify for every branch, MOS special skills training, etc. it’s not about equality it’s about opportunities. Every has an opportunity to challenge themselves and any job in the Army. If you make it good for you but if you do not meet the standards then good for the standards they are doing what they were designed to do.
(0)
Reply
(0)
Show More Comments
Read This Next
RallyPoint Home