A Fort Bliss, Texas, complex will soon house children who immigrated alone to the United States.

The children are scheduled to arrive at the temporary shelter beginning the week of Sept. 5. The facility will have the capacity for 1,800 beds, although the number of children who will stay there is difficult to predict, U.S. Department of Health and Human Services spokesman Toby Merkt said.

As required by law, the children will live at the shelter while HHS officials identify adults who can care for them while their immigration cases proceed in court.

While at the shelter, the children don't attend local schools. The facilities don't require any military or Defense Department personnel, Merkt said.

"This effort has no impact on the ability of the Department of Defense to conduct its primary missions nor on military readiness," Merkt said in an emailed statement. "The impact of these shelters on the local community is minimal. Children spend 35 days on average at the shelters and do not integrate into the local community while in HHS custody. They remain under staff supervision at all times."

The shelters have one adult staff member for every eight children, in addition to medical and other employees, Merkt said.

Only children who have been medically screened and vaccinated by the Department of Defense will arrive at the facility; they won't come directly from Border Patrol facilities, according to an HHS fact sheet.

"All of the children receive a TB test and girls over age 10 receive a pregnancy test," the fact sheet states.

Fort Bliss is not the first local installation to house unaccompanied children. Holloman Air Force Base outside Alamogordo sheltered migrant children in January and February.

HHS has more than 100 shelters in a dozen states, including another temporary shelter in Homestead, Florida.

The shelters are used to temporarily house the thousands of unaccompanied children detained while crossing the U.S.-Mexico border each month, most fleeing extreme gang violence and poverty in Honduras, El Salvador and Guatemala. The Central American countries have some of the highest murder rates in the world.

In summer 2014, a surge of unaccompanied children and young families drew significant media and political attention, with federal officials struggling to find space to house them while they awaited asylum proceedings. The surge also prompted Texas to send state troopers to the border.

That fiscal year, more than 68,500 young people crossed the border alone, most in the Rio Grande Valley, according to the U.S. Customs and Border Patrol website on apprehensions of children and families.

Apprehensions dropped significantly in 2015, though they've since seen an uptick. So far, 48,311 unaccompanied children have been detained this fiscal year, which ends in September, according to CBP data.

The El Paso sector covers El Paso and Hudspeth counties, as well as all of New Mexico.

"Unaccompanied children have multiple, inter-related reasons for undertaking the difficult journey of traveling to the United States, which may include rejoining family already in the United States, escaping violent communities or abusive family relationships in their home country, or finding work to support their families in the home country," according to the HHS fact sheet.

While apprehensions of unaccompanied children are up, HHS says this year is one of the lowest in overall apprehensions since 1972. 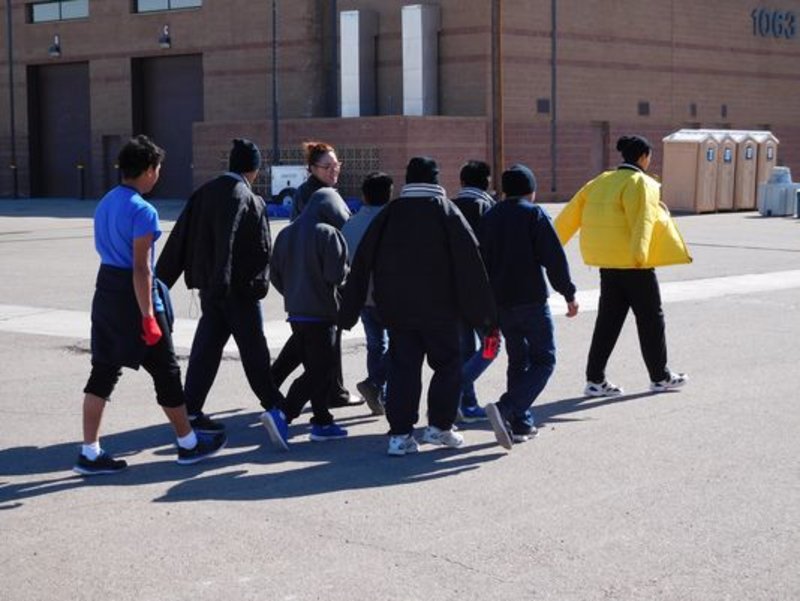 CSM Scott White
Posted 5 y ago
At Holloman AFB in NM, they spent a lot of $ fixing a facility up to house the children, then moved them in and housed them for a couple of months. No impact on the base, community or people there other than the funds spent. I know there were concerns of the children getting out or "escaping" but nothing ever happened that I'm aware of.
(3)
Comment
(0)

PO1 William "Chip" Nagel
Posted 5 y ago
Sounds like a Great Re-Use. Hopefully they have removed all the Known Hazmat before hand.
(3)
Comment
(0)

SMSgt Dr. G. A. Thomas
5 y
Why wouldn't they offer the same type of accommodations for homeless veterans in that area. I live in Fort Bliss for three years.
(1)
Reply
(0)

PO1 William "Chip" Nagel
5 y
SMSgt Dr. G. A. Thomas - Another Great Re-Use Idea. The thing taking off in this area for Homeless Vets is the Tiny Houses.
(1)
Reply
(0)

LTC (Join to see)
Posted 5 y ago
And last year the Alt.Right including Breitbart had "News Stories" spinning this type of housing as the government forcing US citizens to "Quarter Illegal Aliens". Of course it was bullshit. Our government actually does its best to take care of these kids, place them with their family members when possible, and in other safe places for those who truly hav nobody left to care for them (after they win their asylum cases).
(2)
Comment
(0)
Show More Comments
Read This Next
RallyPoint Home