SFC Joe S. Davis Jr., MSM, DSL
2.7K
26
12
8
8
0
A 1st Cavalry Division soldier died Monday morning when his motorcycle struck an SUV that had turned left in front of him at an intersection near Fort Hood, Texas.

Spc. Logan Ellis Rainwater, 24, was traveling northbound on a Killeen, Texas, street when the southbound SUV made the turn, local police told KCEN-TV. He was thrown from his motorcycle, which crashed into another vehicle at a stop sign.

He was taken to a local hospital and pronounced dead at 9:42 a.m., less than 30 minutes after police received word of the crash, KCEN reported.
Rainwater, of Albany, Oregon, entered service in February 2013, according to a Wednesday news release from Fort Hood. He had served as a motor transport operator with 154th Composite Truck Company, 553rd Combat Sustainment Support Battalion, 1st Cavalry Division Sustainment Brigade, since November.

The soldier had earned an Army Achievement Medal, Army Good Conduct Medal, National Defense Service Medal and Driver and Mechanic Badge with Wheeled Vehicle Bar, among other awards and honors.

The driver of the SUV was taken to the hospital with minor injuries and will be cited for his role in the crash, police told KCEN. 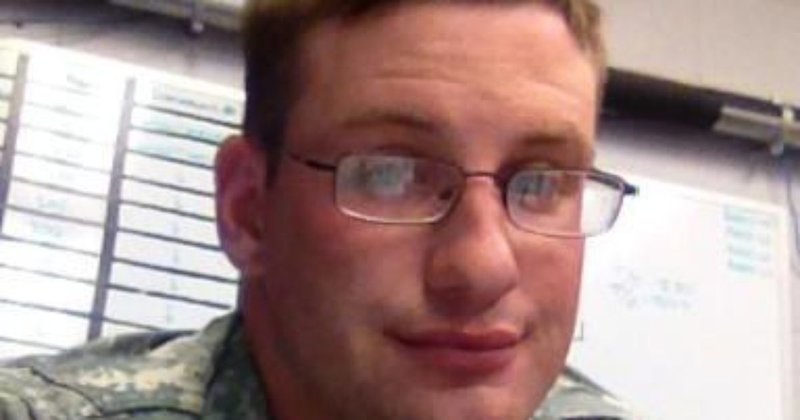 LTC Stephen F.
Posted 4 y ago
Motorcycle deaths tend to be younger. It is sad that the life of SPC Logan Ellis Rainwater ended within 30 minutes after his motorcycle struck an SUV SFC Joe S. Davis Jr., MSM, DSL.
I hope he made his peace with God before he died.
I am glad that the SUV driver who turned in front of Logan Ellis Rainwater will be charged.
Decades ago a brand new NCO who was assigned to the S2 shop in the infantry battalion I was assigned to in Bamberg, Germany was killed while he was riding his motorcycle. After I became company XO a motorcycle gang member playing chicken during a mechanized infantry convoy of M113s, etc. smashed into my old platoon command vehicle. He hit so hard his head dented the ramp. His head was mush inside his helmet.
In 1992 my father had a heart transplant from a man who died in a motorcycle accident. Motorcycle accident deaths have been the best source for heart and other transplant organs since the donor tends to be heathy in many respects. COL Mikel J. Burroughs I hope that all motorcycle riders have donor included on their drivers license.
LTC Stephen C. Capt Seid Waddell CW5 Charlie Poulton CW5 (Join to see) SGM David W. Carr LOM, DMSM MP SGT SFC William Farrell SFC James J. Palmer IV aka "JP4" SSgt (Join to see) SSgt Robert Marx TSgt Joe C. SGT (Join to see) SGT Robert Hawks SGT Robert George SGT John " Mac " McConnell SGT Forrest Stewart SP5 Mark Kuzinski SrA Christopher Wright SPC (Join to see)
(6)
Comment
(0)
show previous comments

SGT Robert George
4 y
I think the gang members head was mush before he planted his face into the M113 You cant fix stupid so hopefully they harvest his organs for a useful purpose !!!
(2)
Reply
(0)

SSgt Robert Marx
4 y
SGT Robert George - It is unfortunate to conduct a face smack on a moving armored vehicle but the decision was made to ride unsafely. I saw an idiot motorcyclist stay in the left passing lane despite a SUV being in that spot. The driver went off the road onto the unpaved shoulder. I was sure a regular passenger car would probably have lost control at that point. The motorcycle increased speed and was out of there.
(1)
Reply
(0)

SGT Robert George
4 y
SSgt Robert Marx - there is all kinds of nonsense on the road ... I like the sign the DOT. posts in the rest areas on holidays says Buckle Up you've seen how the other people drive !!!
(0)
Reply
(0)