SPC (Join to see)
260
0
0
0
0
0
Four retired U.S. military dogs are set to receive the K-9 Medal of Courage — the highest honor for military dogs — next week for their extraordinary valor during service in the military.

A national awards ceremony is slated for Sept. 10 at 5:30 p.m. on Capitol Hill in the Rayburn Office Building foyer. According to American Humane, lawmakers including Reps. Gus Bilirakis, R-Fla., and Henry Cuellar, D-Texas, will attend. The two co-chair the Caucus for the Humane Bond.

The Lois Pope K-9 Medal of Courage, which was first established by Humane and veteran advocate Lois Pope, has been awarded to more than a dozen military dogs since 2016.

It’s unclear which retired military dogs will receive the award this year, and the American Humane did not immediately respond to a request for comment from the Military Times.

Five military dogs earned the award in 2018, including Summer, who served as an explosives specialized search dog with the Marine Corps in Afghanistan, and Taker, who uncovered lethal improvised explosive devices with the Marine Corps in Iraq and Afghanistan. Summer is now a member of a TSA K-9 team for the Amtrak Police Department in Washington, D.C., with her partner, retired Air Force Sgt. Micah Jones,

“These remarkable dogs have given us their best,” Pope said at the 2018 awards ceremony. “They have put their own lives on the line to protect us, to defend us, and to save us.”

2017 recipients included Ranger, who served in Afghanistan and Iraq as an explosives-detection dog specializing in improvised explosive devices, and Gabe, who participated in 210 combat missions with 26 explosive and weapons finds in Iraq.

American Humane has partnered with the U.S. military dating back to World War I, when the organization was asked to deploy and save war horses who were injured in Europe. 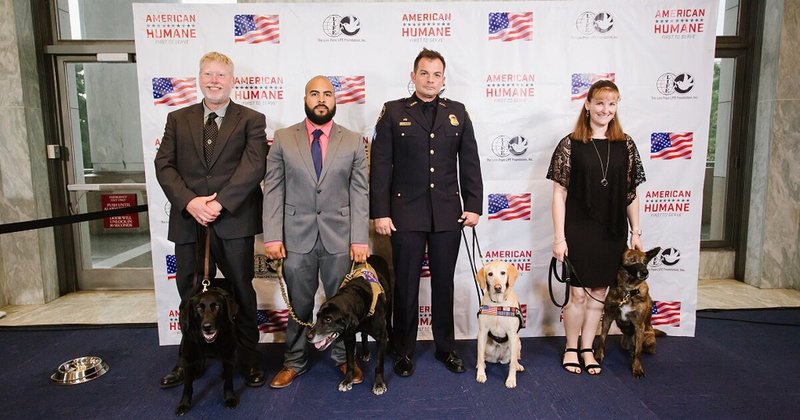 Posted from militarytimes.com
Posted in these groups: Retired K9 Heroes

Afghanistan
Posted >1 y ago
Read This Next
RallyPoint Home