Frederick Douglass was an African American abolitionist, publisher, orator, author, statesman, reformer, and champion of human rights who is often recognized as the father of the Civil Rights Movement. The Frederick Douglass National Historic Site cultural landscape, located in the Anacostia Historic District of Washington, D.C. interprets the later years of his life focusing on his family, hospitality, civic duties, and personal farming."

"Before you is a moderate-sized mansion on an elevation, surrounded by full-grown trees...A carriage drive goes around on the left and ascends the hill, and is trailed around the house after the fashion of the more elaborate residences of white men."

A horse-drawn wagon on a road below a house atop a hill, surrounded by trees
A horse‑drawn carriage makes its way up the hill towards the Douglass home at Cedar Hill, c. 1890. In Historic American Buildings Survey HABS DC-97
Clouds move over a two-story house with rows of windows and a brick sidewalk

Between 1855 and 1859, a brick structure that formed the original part of the Douglass house was built and inhabited by John W. Van Hook. Van Hook was forced to sell his property in 1873 after a financial panic resulted in the failure of the Union Land Company.

In 1877, in defiance of laws prohibiting the purchase of property in the area by African Americans, Douglass bought the 9.5-acre holding from Freedman’s Savings and Trust Company. Then in 1878, Douglass purchased an additional 5.23 acres and constructed a cistern, well, carriage house, barn, privy, chicken coop, corn crib, and living quarters for guests or workers. Douglass improved outdoor walkways and stairs and planted trees, shrubs, and edibles. After the death of his first wife in August of 1882, Douglass married Helen Pitts, a Caucasian woman.

From his own words and from the recollections of those who knew him, Douglass appears to have had a great reverence for the natural world. He renamed Van Hook's property "Cedar Hill" in recognition of the abundance of cedar trees on the property and created a "gentleman's farm." Despite its proximity to an urban area, the property still displays characteristics of a cottage in natural surroundings

Eleven years later, on February 20, 1895, Douglass died of stroke at Cedar Hill. In 1900, at Helen Pitts Douglass's request, Congress chartered the Frederick Douglass Memorial and Historical Association (FDMHA), to whom Mrs. Douglass bequeathed the house. In 1916, the FDMHA appealed to the National Association of Colored Women's Clubs (NACWC) for assistance in preserving the Douglass home. The NACWC agreed to help, and the mortgage was paid off by 1918.

A view from a hilltop on a sunny day towards the city of Washington, D.C.

Restoration of the home began in September of 1921, and a dedication of the “Frederick Douglass Memorial Home” was held on August 12, 1922. Due to a lack of funding, the house and landscape deteriorated over time and proved to be too large a burden for the NACWC to shoulder. In an attempt to decrease maintenance costs, the NACWC sold portions of the property to developers. In response to increasing preservation needs and the devastation to the property caused by 1956’s Hurricane Hazel, the association entrusted the site to the federal government. The property was added the national park system on September 5, 1962." 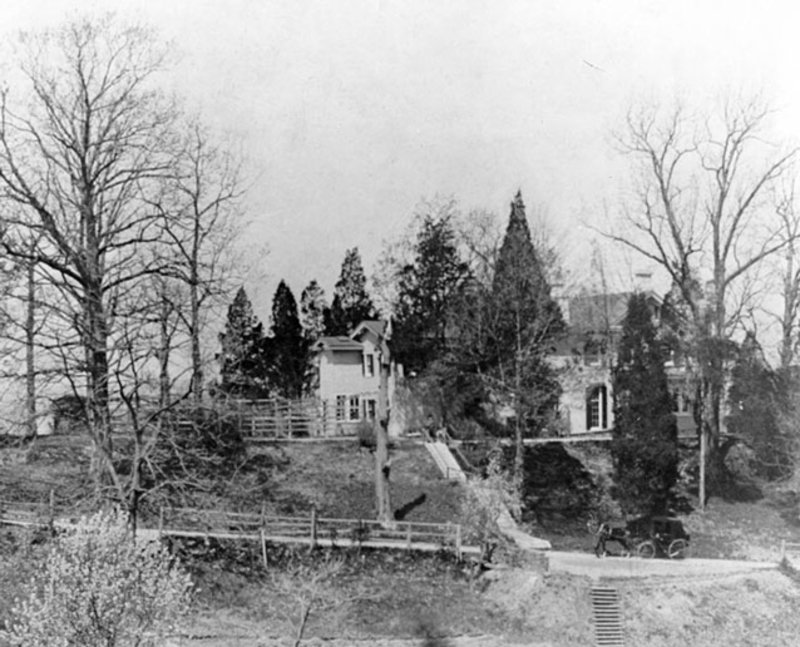