Gitmo's past and future

MAJ Montgomery Granger
2.98K
36
31
6
6
0
"Indefinite Detainees," and "Forever Prison," are misnomers. Meanings of words matter when dealing with sensitive legal issues, like those surrounding the US military detention facility (not a "prison") at the US Navy Station at Guantanamo Bay, Cuba. As the former ranking US Army Medical Department officer with the Joint Detainee Operations Group (JDOG), Joint Task Force 160 (JTF 160), and a member of the 455th Military Police Detachment (Brigade Liaison Detachment), 800th Military Police (Enemy Prisoner of War) Brigade, who served at Gitmo from February to June, 2002, I can tell you a real story about the place and it's real mission.

Far from finding fault in the mission, most Americans can be proud of the operation there. Detainees are treated with dignity and respect, and enjoy FREE Qurans, prayer rugs and beads, directions to Mecca, halal and special Muslim holiday meals, services of US military Muslim chaplains, white robes, beards, world class health, dental and vision care, recreation, library, TV, DVD, video games, sports and more.

All this and not ONE of the 731 released detainees has been executed, beheaded, blown up, hacked to death, dragged naked and lifeless through the streets, drowned or burned alive; all things our enemies have done to us and/or our allies.

Gitmo is not a perfect place, but, according to the International Committee of the Red Cross (ICRC) physicians I worked with there and later in Iraq, "No one does [detention operations] better than the US." Gitmo is not "indefinite" or "forever." Not anymore than when we held over 400,000 mostly German lawful combatant POW's in the US during WWII. POW's were not "punished" unless found guilty by military commission of committing war crimes. Similarly, detainees are not in a corrections or penal status (unless prosecuted and found guilty).

According to the Geneva Conventions and the Law of War, even lawful combatants can be held without charge or trial, "until hostilities end."

When all Islamists are dead or no longer have the means or will to kill us, I suppose then we could discuss the end of hostilities in the Global War on Terror. But like an aggressive cancer, the enemy keeps mutating and metastasizing. We don't call this "indefinite" or "forever," we call this undetermined or say "until hostilities end," like the law pronounces.

Gitmo is a small piece to a big puzzle of how we win the Global War on Terror. It is the best, safest and most secure place to keep unlawful combatant Islamists who want to kill us. 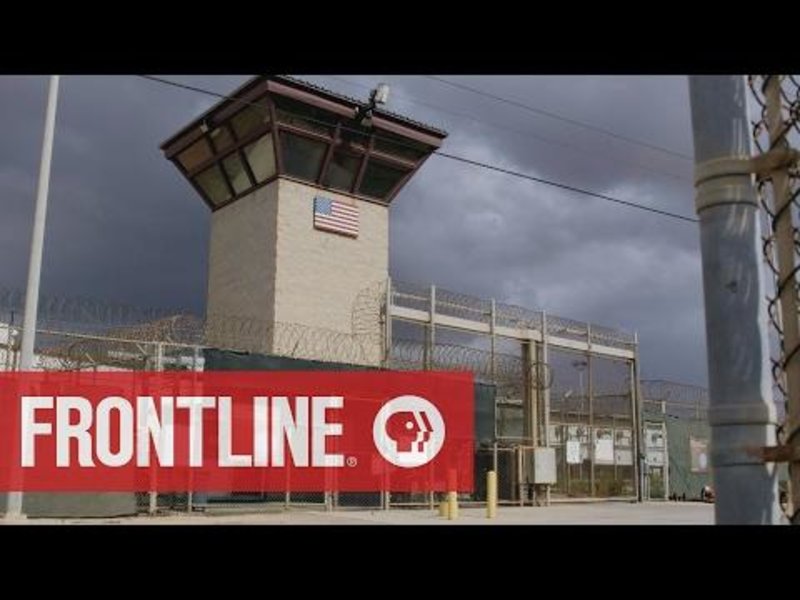 Gitmo's past and future

Posted from wlrn.org
Posted in these groups:

MAJ (Join to see)
Posted >1 y ago
MAJ Montgomery Granger I appreciate the unique insight into the conditions at Gitmo. I am curious as to why things don't always seem as rosy in the other pictures and stories.

Another point I'd consider relooking is the idea that we have to kill all "Islamists." Islamists aren't really the problem. The problem is Islamic extremists - the same way that Christian extremists are a problem - and not just Christians.
(3)
Comment
(0)
show previous comments

Islamism is not a form of the Muslim faith or an expression of Muslim piety; it is, rather, a political ideology that strives to derive legitimacy from Islam.

MAJ Montgomery Granger
>1 y
I disagree. The Muslim faith is based on theocracy, that their religion is also their government. That is diametrically opposed to democracy, freedom and liberty. Constitutionally, our government may NOT sponsor nor dictate a religion. In all Islamic republics the religious leaders are also the highest government authority.
(0)
Reply
(0)

MAJ (Join to see)
>1 y
MAJ Montgomery Granger - Even if we grant that some Muslims feel that way, it doesn't make every Muslim an enemy of democracy, freedom and liberty. Most Christians would say that their duty to their God outweighs theirs duty to their country as well.

And if we're talking about governmental systems, as oppose to Muslim individuals, then are we advocating that the United States get into the business of overthrowing all Islamic countries? No, of course not.
(1)
Reply
(0)

Capt Gregory Prickett
>1 y
MAJ (Join to see) - Monty has demonstrated his antipathy for Muslims over and over, and has on at least one occasion stated that this was a "holy crusade" against the Muslims.
(1)
Reply
(0)

SGT David A. 'Cowboy' Groth
Posted >1 y ago
Thank you for the interesting article share sir, have a great afternoon sir
(3)
Comment
(0)

MCPO Roger Collins
Posted >1 y ago
Without doing a lot of research, wouldn’t be better to bring these remaining detainees to be tried in New York under the civil system. After so much time, there shouldn’t be security reasons for not doing so. In any event, a small contingent should remain at GITMO, the Cubans would love to take it back.
(3)
Comment
(0)

MAJ Montgomery Granger
>1 y
To the Cubanos who may lust after Guantanamo Bay, I say, MOLON LABE! The US won Cuba, Puerto Rico, Guam and the Philippines fair and square in the Spanish/American War, documented in the Treaty of Paris of 1898. If anything, I say TAKE CUBA BACK! Anyhow, to your other point, bringing the detainees to the United States and then trying them in US courts would definitely confuse many issues. One, there have been over 500 terrorist convictions in the US since 9/11. But now nearly 300 of those convicted terrorists are FREE, having served their sentences. US civilian law provides many extra legal privileges the unlawful combatant detainees did not earn. According to the Geneva Conventions and Law of War, even lawful combatant POW's may be held without charge or trial "until the end of hostilities." Unlawful combatants can surely be held to the same standard, if not a more strict code. However, in 2009 Attorney General Holder and then President Barack Hussein Obama crafted the Military Commissions Act of 2009, voiding previous POTUS' MCA of 2006. The 2009 MCA give unlawful combatant Islamists who want to kill us virtually the SAME rights we would enjoy in a US Federal Court. Hardly appropriate for unlawful combatants. If it's speed you want, we should try them under the UCMJ, and as per Geneva and the Law of War. 6 of 8 German saboteurs were apprehended, denied habeas corpus, tried by military commission and then EXECUTED within 8 weeks of their capture on US soil during WWII. Oh, and none of them had hurt a fly or damaged any property, they simply had the means and intent to do so and were in violation of Geneva and the Law of War. Convicted as spies. Done. What's different now? At east one of the Gitmo detainees claims he beheaded American journalist Daniel Pearl, and helped plan and execute the attacks of 9/11/2001.
(0)
Reply
(0)

For those that aren't aware of the truth (Monty is, he's either incapable of grasping it or he's intentionally misleading others based on his religious hatred for Muslims) - the German spies were under a different set of laws and treaties. After World War II was over, the laws changed. Monty's been told that, but he keeps bringing Quirin up, apparently in an effort to avoid confronting the fact that it wasn't the MCA of 2006 and 2009 that stated that detainees had constitutional rights, it was the Supreme Court of the United States, and it first made those rulings under Bush II, not Obama.
(1)
Reply
(0)

MAJ Montgomery Granger
>1 y
First, my name is not "Jesus Christ." Please do not reply to me by taking the Lord's name in vain. Thank you. Second, what's good for the goose is good for the gander. No detainee has been extended Constitutional rights, they have been granted the right to "apply" for habeas corpus. None have been granted such. I hold out hope that President Trump will "Get Gitmo Right," by eliminating the 2009 MCA, which gives unlawful combatant Islamists who want to kill us virtually the SAME rights you or I would enjoy in a Federal court of law. ANY extra legal privileged afforded unlawful combatants is WAY above and beyond what they deserve or should be entitled to, and you know it. Every one of them could have been shot dead lawfully on the battlefield. The fact that 731 detainees have been RELEASED, and none were executed, beheaded, blown up, hacked to death, dragged naked and lifeless through the streets, drowned or burned alive is a direct result of American benevolence. 40 remain, and 10 on trial, some for war crimes they ADMIT. The farce needs to end. We need to LEARN from the WWII example, and then follow it. In my opinion. Trump needs to get Gitmo right - https://savinggraceatguantanamobay.com/2017/01/25/trump-needs-to-get-gitmo-right/

Trump needs to get Gitmo right

President Donald J. Trump has said “We are fighting sneaky rats right now that are sick and demented,” “We’re going to win,” and it would be “fine” if US t…

Capt Gregory Prickett
>1 y
MAJ Montgomery Granger - which lord would that be? There are no positions of nobility in the United States. Second, you really don't understand either the law nor the repeated rulings of SCOTUS. It's not just the 2009 MCA, SCOTUS has held that detainees have Constitutional rights at Gitmo. Period. Get that through your head. Boumediene v Bush was crystal clear on that issue.
(0)
Reply
(0)
Show More Comments
Read This Next
RallyPoint Home