Here are 7 suggestions for replacing the ‘Army Strong’ slogan 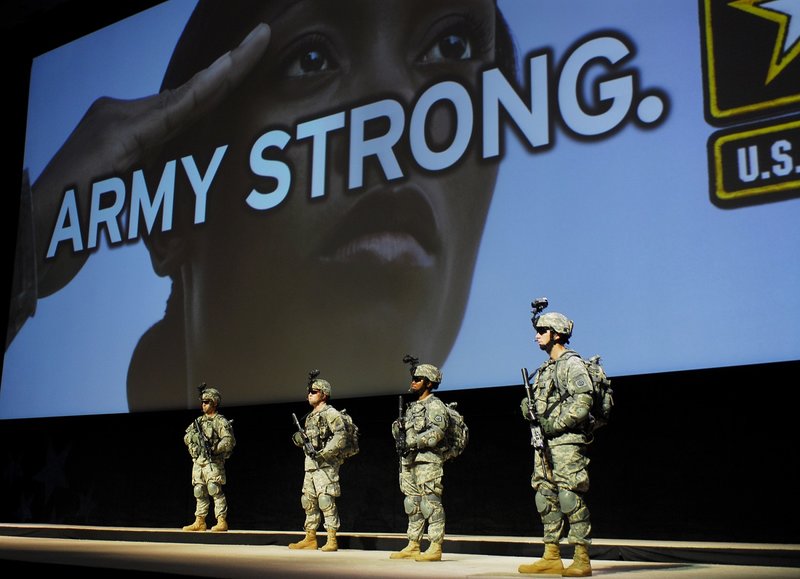 Here are 7 suggestions for replacing the ‘Army Strong’ slogan

LTC Stephen F.
Edited >1 y ago
Posted >1 y ago
COL Charles Williams the Army needs to develop a slogan which links aspirations of people who have a desire to serve their nation with the teamwork that is developed by training and shared missions.
A. Most soldiers are not warriors by any means so I would leave warrior out of the title.
B. I didn't like "Army Strong" or "Army of One" because the focused on the entire entity.

I think the Army slogan needs to link individual asperations to improving the Army.
"Be a soldier and defend the nation"

1. 'This We’ll Defend' is already emblazoned on the Drill Sergeant emblem. I don't think it makes sense to adopt that as the slogan. Remember the top-down decision to adopt the black beret which made the rangers change black to tan for a beret. Unforeseen consequences.
2. Recycling oldies does not make sense to me. Be All You Can Be was self focused after all.
3. Using Space Force in a title such as 'Bigger enlistment bonuses than the space force'
or "We will take you if the Space Force will not!' is akin to the USMC using Army in their slogan ; definitely non-starter.
4. 'Keep track of the paperwork' is funny after former VPOTUS Al Gore announced the paperless bureaucracy
5. 'Army enough' is not very inspiring IMHO.
6. ‘Army Strong’ is weak as recruiting slogan.
7. Can we get back to work now? is a non-starter IMHO. Soldiers are on duty 24/7 after all and as a group we have be on duty since 1775.

CPT Jack Durish
Posted >1 y ago
Two things I hated above all others while employed in the "ad biz": Designing a logo and crafting a slogan. Ordinarily, I would avoid this subject like the plague, but I was reading "Native Tongue" by Berlitz the other night and discovered that the word "slogan" comes from the Celtic meaning "war cry". That got me to thinking (always dangerous)... "I am Army, Hear me roar". What? Damn! It's taken...
(5)
Comment
(0)

MSG Palmer U.
Edited >1 y ago
Posted >1 y ago
I will be always partial to Be All You Can Be, but the drill in me likes This We'll Defend. But seriously enough with the changes already. I feel like everytime I reenlisted I enlisted in another Army.
(5)
Comment
(0)
Show More Comments
Read This Next
RallyPoint Home