SFC (Join to see)
165
7
3
7
7
0
Note that Comey said this assessment was “determined by the owning agency.” That meant an intelligence agency, such as the CIA, had decided information in the email was classified, even if the email itself had not been marked classified. As the Fact Checker disclosed in 2016, intelligence officials believed there were serious shortcomings in how the State Department handled sensitive communications.

Many of the emails in question were sent late at night or on weekends, the report said. One prosecutor who worked on the case told the IG: “The problem was the State Department was so screwed up in the way they treated classified information that if you wanted to prosecute Hillary Clinton, you would have had to prosecute 150 State Department people.”

David Kendall, an attorney for Clinton, told the Fact Checker: “The State Department personnel who originated the emails did not think their content merited classification, and not a single one of the over 33,000 emails bore classification markings.”

In his news conference, Comey said “three of those were classified at the time they were sent or received.” At the time, he said one was marked “secret” and two “confidential,” but at a congressional hearing two days later, he said all were marked “confidential,” the lowest form of classification. Moreover, he acknowledged that markings — a (C) — were contained in the body of the text and, contrary to standard practice, there was no header at the top alerting someone that this was classified material. He told lawmakers that without a header, it was “a reasonable inference” that this material was not classified. 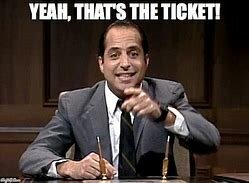