In Opinion: Why the Rebel Flag should be put away for good 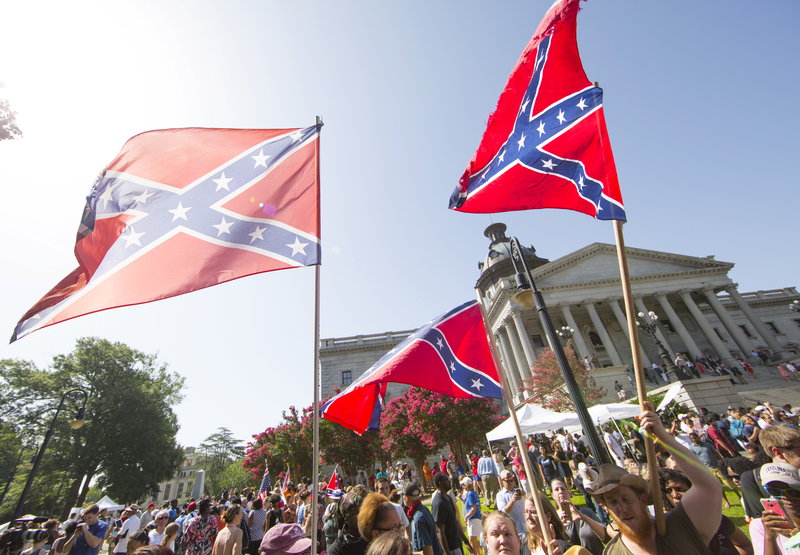 In Opinion: Why the Rebel Flag should be put away for good

Lt Col Scott Shuttleworth
Posted 5 y ago
I fully understand his point. I personally dont care for it not because of the heritage but because of the hate it has evolved into. If was truly about heritage and history then I would be good but it isn't. It has taken on a hate moniker that overshadows the heritage and pride of those who fought. NOW...I don't believe it should be flown on government buildings...period because that doesn't represent America. I do believe in the constitutional rights of Americans to allow them to fly it on their cars, houses etc should they want to. That is what makes America great. I do believe that our political correctness has gone to far when we, the government, are reaching into peoples personal beliefs and trying to change that. When we do that we get into group think mentality and that to me is dangerous. Just my two pennies.
(6)
Comment
(0)

SGT (Join to see)
4 mo
My personal opinion is that it is complicated. In most other countries and civilizations (I say most, instead of all, because I have not researched every single incident in history), a vanquished party in a Civil War or major uprising was not treated nearly so well as the South was under the policies of Lincoln. His successor, Johnson and the Republican Congress were a little more vindictive than Lincoln's plan. HOWEVER, there were no re-education camps, no ethnic cleansing, no forced migrations. I do realize that the rebel flag means many things to many people - heritage, hate, or history (keep in mind, a swastika was adopted from the culture of India and the Hindu religion so not all displays of it around the world are referencing Nazi ideology). To the best of my knowledge, a widespread display of a defeated foe's standard, flag, motto, etc has never been allowed by a victor - especially not on a local government's official standard, flag, banner, or motto. The complicated part is that the official view of Lincoln was that Southerners were wayward brothers - very similar to a Prodigal Son.
Now, for my opinion...the rebel flag should be allowed in most settings private citizens see fit - just not on any government's official flag, banner, or motto. I do not think that schools should have to change their mascots, that statues (even on public land) should be torn down (if the city of Seattle can have a statue of Lenin, then a statue of Robert E. Lee, a West Point graduate and veteran of the Mexican War, should be allowed), or that history should be re-written.
When people try to re-write history (or in the cancel culture's view, correct for history), the lessons of history are lost.

Many people have scars on their body that remind them of incidents or accidents from the past. These scars are a part of who we are and of our identity. Let's not "throw the baby out with the bathwater".

"Those that fail to learn from history are doomed to repeat it."
-- Winston Churchill
(1)
Reply
(0)

Cpl Joshua Caldwell
Posted 5 y ago
No freakin way, That flag is part of history. When you start erasing history you are on a very slippery slope. Who decides what history to erase? What if we decide to erase all references to slavery? That would help people to not be offended by it, after a generation or two nobody would even know that slavery every happened.
Beyond the argument against sanitizing history, the Confederate flag was not a symbol of hate or even directly related to slavery in the first place. It was a symbol of states rights, to not be dictated to by the federal government. They literally went to war over the idea that the feds could not tell the states what laws to live by. Had their cause been something more palatable like land usage rights, we would probably have confederate flags flying all over America right now. You need to look at the broader picture before you start to erase history in any fashion.
(3)
Comment
(0)

SSG Jessica Bautista
Posted 5 y ago
They may claim it's about "heritage", but they have other symbols. Feel free to keep one, but if you're displaying it, you're just telling us what side you were on. How can people associate it with anything but racism?
(2)
Comment
(0)
Show More Comments
Read This Next
RallyPoint Home