LTC David Brown
395
6
4
2
2
0
Our trained Marxist is down for the struggle, of course a little Capitalism and real estate ventures are always ok. Being a communist protestor appears profitable. Seems she will hob nob with Timberlake and Tiger Woods in Nassau in the Bahamas if she buys that property. It must be a chore to keep the struggle going and decorate at the same time! Perhaps she went to the Al Sharpton Jesse Jackson school of civil rights protest for fun and profit! 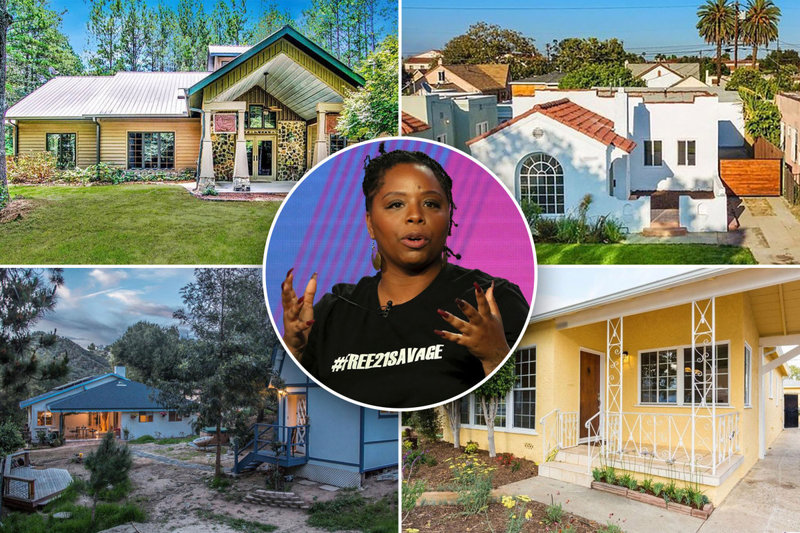 PO2 Harold Ashton
Posted 7 mo ago
So, as a Trained Capitalist you are offended? This uppity left-winger actually has enough funds (Anyone Republican cannot complain about "funding") to buy into an upscale community while you shiver in the barracks? Hypocrite-par-excellence ye be.

Why don't you complain about this article below as being too "pro black."

Black Army Lt. pulled over, terrorized, and beaten even though police knew he'd done nothing wrong

Last December, Army Lieutenant Caron Nazario was on his way home with a new SUV when the lights of a police car appeared behind him. Rather than pull over on a narrow, darkened street, he proceeded just over one minute, and less than one mile, down the road and pull into the parking lot of a gas station. There he was confronted by two police officers who proceeded to hold him at gun point, pepper spray him through the window of his vehicle, and threaten him with death.

According to the Associated Press, Windsor, Virginia police officer Daniel Crocker radioed that he was pulling Nazario over because his vehicle lacked a license plate and had tinted windows. He also described Nazario's one minute, low-speed drive to the parking lot as "eluding police." This, to Crocker, justified calling the stop a "high-risk felony traffic stop." Which justified calling for backup and approaching the car with gun drawn. (cont. at link)

Are any of you tired of this S**t, yet? If you honestly were, it wouldn''t be happening.

Black Army Lt. pulled over, terrorized, and beaten even though police knew he'd done nothing...

Last December, Army Lieutenant Caron Nazario was on his way home with a new SUV when the lights of a police car appeared behind him. Rather than pull over on a narrow, darkened street, he proceeded just over one minute, and less than one mile, down the road and pull into the parking lot of a gas sta...

LTC David Brown
7 mo
What exactly does the LT being pulled over have to do with someone protesting capitalism and promoting communism while enriching themselves? Do a little quick math, somewhere around 1 mile in a minuet is 60 mph. I think the cops screwed up and if they did they deserve to be punished.
(0)
Reply
(0)

PO2 (Join to see)
Posted 7 mo ago
This is one of those posts and news articles that mean to demean and take away from a social issue. Sure, she’s a self proclaimed Marxist, and she went on a buying spree. Definitely of note, but does it really matter? It’s kind of hard to be a practicing Marxist when you’re surrounded by capitalism. Do you like your free health care? You’re a trained socialist then. Not sure why we’ve tabooed the words “communist”, “socialist”, and “Marxist.” As a sociology student, I urge you to read into Marx, Weber, and Durkheim. Not really sure why you’re angry about her succumbing to capitalism, as she’s simply doing what everyone else with money or power tend to do. It’s very interesting to me that some of us in society like to ignore the larger issues that plague society and instead go off on something as obscure as this. As PO2 Ashton said, we should be focused on why a black 2LT was harassed and beaten for doing everything right. Or why a police officer felt the need to place a knee on a man’s neck for over 9 minutes. Or why some people in this country feel the need to drive into well-lit areas when confronting cops so that they’re not shot for no reason. I think there are bigger fish to fry, sir, and you’re focused on the wrong thing.
(1)
Comment
(0)

LTC David Brown
7 mo
The knee wasn’t on Floyd’s neck for over nine minuets as has been shown in the Chauvin trial tapes. Floyd was resisting arrest. Have you been following the trial at all? Cullors is pushing Marxism. Marxism seems to equally distribute the misery among those ruled, for the rulers not so much, in Hugo Chavez’s Marxist paradise his daughter was the wealthiest person in the country . Bernie Sanders, praised Chavez’s government that is resorting to slave labor to survive. Bernie Sanders seemed to feel there is nothing wrong with standing in lines for basic commodities. You worried about Floyd, police brutality etc? Well communist governments killed 100 million people over the last 100 years. So while Cullors is trying to take wealth from others to distribute to the the down trodden while like Chavez and every other communist she is accumulating wealth for herself and that is pure hypocrisy and deserves to be called out. Bigger fish to fry than 100 million dead people? Do tell, and she wants that crap in America.
(0)
Reply
(0)
Read This Next
RallyPoint Home