Inside ‘The Dig’: how the star-studded film squares with reality of Sutton Hoo 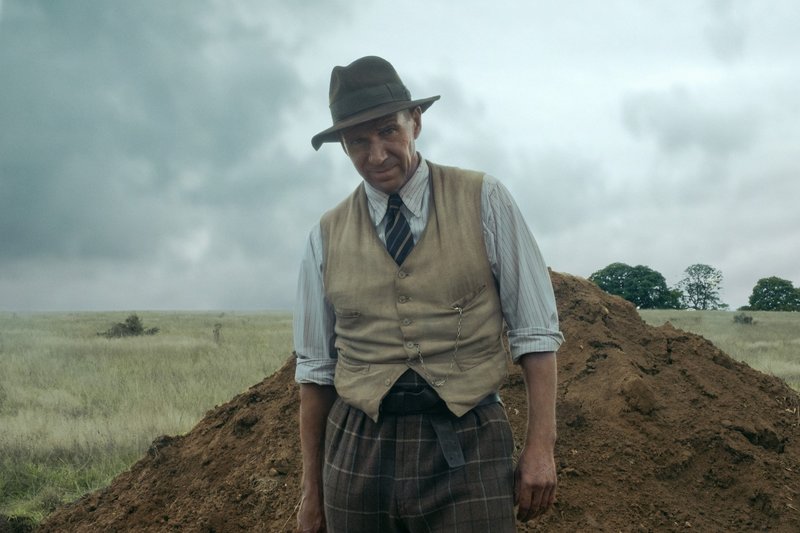 Inside ‘The Dig’: how the star-studded film squares with reality of Sutton Hoo

Posted from blog.britishmuseum.org
Posted in these groups:

SFC Melvin Brandenburg
Posted 8 mo ago
I love a good historical drama. i'll have to check this out
(2)
Comment
(0)

The young archaeologist Peggy Piggott warns her new boss that she hasn’t “done much actual fieldwork yet” in Netflix’s drama The Dig.

Soon afterwards, Peggy, played by Lily James, crunches her foot through the roof of an Anglo-Saxon ship’s burial chamber at Sutton Hoo and apologises for her clumsiness.

The film is an adaptation of a novel that pays tribute to the people behind one of Britain’s greatest archaeological finds — the ghostly outline of a 90ft ship uncovered along with the fabulous treasures of a 7th century warrior king on the eve of the Second World War.

Archaeologists have claimed, however, that Peggy, the future Margaret Guido, has been portrayed unfairly as “bumbling”. The exclusion of two women photographers to make way for a fictional man as her love interest creates a “gender imbalance”.

Piggott, 27, was already a precocious talent when she joined the excavation on Edith Pretty’s Suffolk estate in the summer of 1939. She had diplomas from Cambridge and University College London’s Institute of Archaeology as well as several excavations under her belt. Two years earlier, at the age of 25, she had directed fieldwork in Hampshire, publishing important results on cremation urns.

In the film, released today, Charles Phillips, the Cambridge fellow who had taken charge of the excavation after the discovery of the ship by Basil Brown, a self-taught archaeologist, agrees when Peggy suggests that he has only hired her due to her delicate frame and ability to tread lightly on the remains. This makes it all the more mortifying when she quite literally puts her foot in it.

Writing in The Times about the accuracy of the film, Rebecca Wragg Sykes, a leading archaeologist, said: “Her character appears as something of a sidekick to her older husband, Stuart; early on, Charles Phillips is heard to declare, ‘We need Piggott!’

“When the Piggotts arrive on site, apparently newly-married, only a nod is given to Peggy’s expertise. On the whole she is presented as deferential, even bumbling, putting her foot through a hollow feature.

“In actuality, Peggy was only a couple of years younger than Stuart and was an extremely experienced excavator by 1939.”

Dr Wragg Sykes said that she enjoyed the film, which highlights how Brown, was snubbed and sidelined by the archaeological establishment though he discovered the ship. That much was accurate, she said. “It does a really nice job of representing the weird and magical feeling of archaeology and explores themes of remembrance and memory really well,” she said. “It’s emotionally touching.”

As in real life, Peggy is seen making the first discovery of gold at the site, in the form of a garnet-set sword fitting that belonged to the buried ruler — widely believed today to have been King Raedwald of East Anglia, who died about AD624.

Nevertheless, Dr Wragg Sykes said that Peggy, better known as Margaret Guido after her second marriage, could have been depicted differently to highlight her achievements. She went on to have an archaeological career that continued into the 1990s.

“They could have chosen to do something a bit more subversive and upend the novel and perhaps still have her personal journey but without needing to imply that she is less substantial professionally,” she said. “So it’s a missed opportunity to be a little bit creative with the novel which has already been creative with the truth.”

John Preston, nephew of Peggy Piggott and author of the novel The Dig, said the claim that she was portrayed as bumbling was “simply not true”.

He told The Times: “I did make her slightly younger in the book, she was 27 when she did the dig in real life so to suggest that she was a grizzled professional is pushing it a bit . . . I tried to stick as far as possible in the novel to what had happened.

“But my main responsibility is to tell the story as vividly and engagingly as possible. Plainly the last thing I wanted to do was to in any way diminish the importance of my aunt or portray in an unflattering light but I genuinely think the book or indeed the film does that.”

He also defended his decision in the book, followed in the film, to introduce the fictional character of Edith Pretty’s cousin Rory Lomax as an amateur photographer on the site. In reality that role was performed by two schoolmistresses, Mercie Lack and Barbara Wagstaff. A romantic storyline links Lomax and Peggy, whose marriage is seen to be unhappy.

Lack and Wagstaff’s skilled amateur photographs form some of the most important records of the structure of the ship, fleetingly revealed in the impression of its long-rotted timbers in the earth and in the lines of its surviving rivets. The women’s original hand-annotated pictures have recently been conserved and digitised by The National Trust, which intends to make them available online.

Rachel Pope, an archaeologist, said that the replacement of Lack and Wagstaff with “yet another man” in the film and book accounts created a gender imbalance in the “core” dig team. It also gave an inaccurate portrayal of the contribution of women in 1930s archaeology.

Preston insisted that Lack and Wagstaff, despite their contribution, were not part of the core team.

He admits, however, that one aspect of the Netflix depiction might have nonplussed his distinguished aunt. “I’m absolutely sure that my aunt would’ve been astounded to be portrayed by Lily James,” he said. “With luck she might have been quite tickled by it as well.”
(1)
Comment
(0)
Read This Next
RallyPoint Home