SGT (Join to see)
1.09K
11
2
6
6
0
On December 27, 1945, the International Monetary Fund was formally established by 29 member countries based on the ideas of Harry Dexter White and John Maynard Keynes. From the article:

"International Monetary Fund (IMF) | History, Facts, & Criticism
Read More default image
Origins
The first half of the 20th century was marked by two world wars that caused enormous physical and economic destruction in Europe and a Great Depression that wrought economic devastation in both Europe and the United States. These events kindled a desire to create a new international monetary system that would stabilize currency exchange rates without backing currencies entirely with gold; to reduce the frequency and severity of balance-of-payments deficits (which occur when more foreign currency leaves a country than enters it); and to eliminate destructive mercantilist trade policies, such as competitive devaluations and foreign exchange restrictions—all while substantially preserving each country’s ability to pursue independent economic policies. Multilateral discussions led to the UN Monetary and Financial Conference in Bretton Woods, New Hampshire, U.S., in July 1944. Delegates representing 44 countries drafted the Articles of Agreement for a proposed International Monetary Fund that would supervise the new international monetary system. The framers of the new Bretton Woods monetary regime hoped to promote world trade, investment, and economic growth by maintaining convertible currencies at stable exchange rates. Countries with temporary, moderate balance-of-payments deficits were expected to finance their deficits by borrowing foreign currencies from the IMF rather than by imposing exchange controls, devaluations, or deflationary economic policies that could spread their economic problems to other countries.

After ratification by 29 countries, the Articles of Agreement entered into force on December 27, 1945. The fund’s board of governors convened the following year in Savannah, Georgia, U.S., to adopt bylaws and to elect the IMF’s first executive directors. The governors decided to locate the organization’s permanent headquarters in Washington, D.C., where its 12 original executive directors first met in May 1946. The IMF’s financial operations began the following year.

Organization
The IMF is headed by a board of governors, each of whom represents one of the organization’s approximately 180 member states. The governors, who are usually their countries’ finance ministers or central bank directors, attend annual meetings on IMF issues. The fund’s day-to-day operations are administered by an executive board, which consists of 24 executive directors who meet at least three times a week. Eight directors represent individual countries (China, France, Germany, Japan, Russia, Saudi Arabia, the United Kingdom, and the United States), and the other 16 represent the fund’s remaining members, grouped by world regions. Because it makes most decisions by consensus, the executive board rarely conducts formal voting. The board is chaired by a managing director, who is appointed by the board for a renewable five-year term and supervises the fund’s staff of about 2,700 employees from more than 140 countries. The managing director is usually a European and—by tradition—not an American. The first female managing director, Christine Lagarde of France, was appointed in June 2011.

Each member contributes a sum of money called a quota subscription. Quotas are reviewed every five years and are based on each country’s wealth and economic performance—the richer the country, the larger its quota. The quotas form a pool of loanable funds and determine how much money each member can borrow and how much voting power it will have. For example, the United States’ approximately $83 billion contribution is the most of any IMF member, accounting for approximately 17 percent of total quotas. Accordingly, the United States receives about 17 percent of the total votes on both the board of governors and the executive board. The Group of Eight industrialized nations (Canada, France, Germany, Italy, Japan, Russia, the United Kingdom, and the United States) controls nearly 50 percent of the fund’s total votes.

Financing balance-of-payments deficits
Members with balance-of-payments deficits may borrow money in foreign currencies, which they must repay with interest, by purchasing with their own currencies the foreign currencies held by the IMF. Each member may immediately borrow up to 25 percent of its quota in this way. The amounts available for purchase are denominated in Special Drawing Rights (SDRs), whose value is calculated daily as a weighted average of four currencies: the U.S. dollar, the euro, the Japanese yen, and the British pound sterling. SDRs are an international reserve asset created by the IMF in 1969 to supplement members’ existing reserve assets of foreign currencies and gold. Countries use the SDRs that have been allocated to them by the IMF to settle international debts. More than 20 billion SDRs were allocated to members in successive allocations from 1969 through 1981. SDRs are not part of the quota subscriptions supplied by members, and thus they are not part of the general asset pool available for loans to members. The IMF uses the SDR as its unit of account for all transactions. Drawing on the IMF by a country raises the fund’s holdings of that country’s currency but lowers its holdings of another country’s currency by an equal amount. Thus the composition of the fund’s resources changes, but the total resources as measured in SDRs remains the same. The country repays the loan over a specified period (usually three to five years) by using member currencies acceptable to the IMF to repurchase its own national currency. Only about 20 currencies are borrowed during a typical year, with most borrowers exchanging their currency for the major convertible currencies: the U.S. dollar, the Japanese yen, the euro, and the British pound sterling. Countries whose currencies are borrowed by other member governments receive remuneration—about 4 percent of the amount borrowed.

Additional loans are available for members with financial difficulties that require them to borrow more than 25 percent of their quotas. The IMF uses an analytic framework known as financial programming, which was first fully formulated by IMF staff economist Jacques Polak in 1957, to determine the amount of the loan and the macroeconomic adjustments and structural reforms needed to reestablish the country’s balance-of-payments equilibrium. The IMF has several financing programs, or facilities, for providing these loans, including a standby arrangement, which makes short-term assistance available to countries experiencing temporary or cyclical balance-of-payments deficits; an extended-fund facility, which supports medium-term relief; a supplemental-reserve facility, which provides loans in cases of extraordinary short-term deficits; and, since 1987, a poverty-reduction and growth facility. Each facility has its own access limit, disbursement plan, maturity structure, and repayment schedule. The typical IMF loan, known as an upper-credit tranche arrangement, features an annual access limit of 100 percent of a member’s quota, quarterly disbursements, a one- to three-year maturity structure, and a three- to five-year repayment schedule. The IMF charges the same interest rate to every country that borrows from a particular financing facility. Loans typically carry annual interest charges of approximately 4.5 percent.

Each of these loans is accompanied by a “letter of intent” that specifies the macroeconomic adjustments and structural reforms required by the IMF as conditions for assistance. Loan conditions, or “conditionality,” have been explicitly authorized by the Articles of Agreement since 1968. Typical conditionalities require borrowing governments to reduce budget deficits and rates of money growth; to eliminate monopolies, price controls, interest rate ceilings, and subsidies; to deregulate selected industries, particularly the banking sector; to lower tariffs and eliminate quotas; to remove export barriers; to maintain adequate international currency reserves; and to devalue their currencies if faced with fundamental balance-of-payments deficits. These adjustments are intended to reduce imports and increase exports to enable the country to earn sufficient foreign exchange in the future to pay its foreign debts, including the newly incurred IMF debt. Most lending programs specify quarterly targets for key economic variables that, in theory, must be met to receive the next loan installment.

Advising borrowing governments
The IMF consults annually with each member government. Through these contacts, known as “Article IV Consultations,” the IMF attempts to assess each country’s economic health and to forestall future financial problems. The fund also operates the IMF Institute, a department that provides training in macroeconomic analysis and policy formulation for officials of member countries.

Criticism and debate
The impact of IMF loans has been widely debated. Opponents of the IMF argue that the loans enable member countries to pursue reckless domestic economic policies knowing that, if needed, the IMF will bail them out. This safety net, critics charge, delays needed reforms and creates long-term dependency. Opponents also argue that the IMF rescues international bankers who have made bad loans, thereby encouraging them to approve ever riskier international investments. 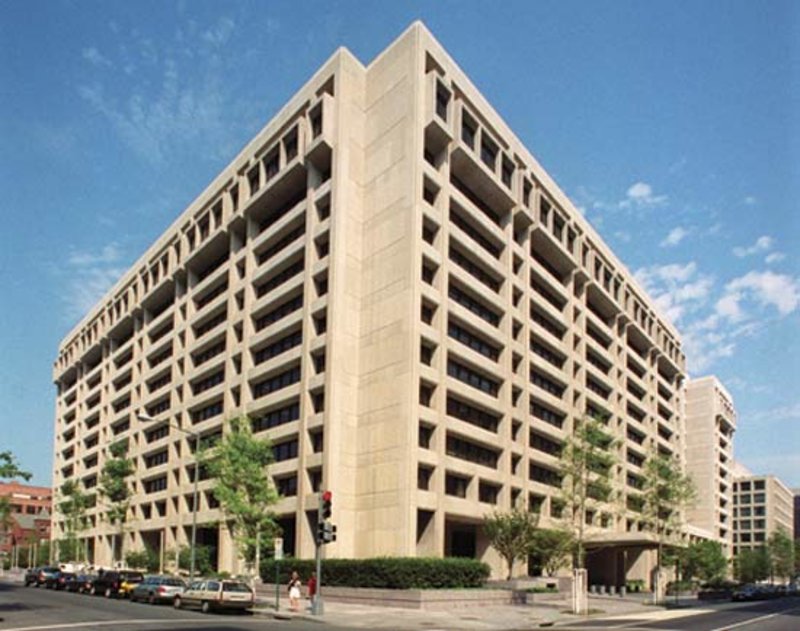 Posted from britannica.com
Posted in these groups: United Nations

SMSgt Lawrence McCarter
Posted >1 y ago
It seems there were some valid reasons to establish the IMF but I get the impression greed, interest rates as an example which I feel are excessive makes that worse. I'm no expert on this by any means, perhaps some of You may have more insight into this subject ? I would be interested to hear what You may have to say. it does seem as the article points out also concerns over risky loans and that seemed to be a major problem for a while.
(3)
Comment
(0)

PVT Mark Zehner
Posted >1 y ago
Keynesian economics has been proven by others that it's very difficult to implement!
(2)
Comment
(0)
Read This Next
RallyPoint Home