Yet another mainstream opinion motivated by an arbitrary sense that things have just gone on for too long. Not good enough.

Too many chef's in the kitchen. From day one with Gitmo, too many high ranking officials have put their two cents in, from presidents to on-the-ground commanders.

What was needed from the start was a panel of not just legal scholars, like then Secretary of Defense Donald Rumsfeld put together and then discussed in his autobiography, "Known and Unknown," but also experienced Army Military Police Enemy Prisoner of War veterans.

Why the veterans? Because we have operational and doctrinal EXPERIENCE. We (EPW MP's) have actually STUDIED and LIVED wartime incarceration. Our training was based on LESSONS LEARNED, a broad military process by which we learn to not repeat things that don't work. The cumulative benefit is the achievement of optimal effectiveness and efficiency.

The problem is when everybody and their brother and sister who's a lawyer, politician or general has an opinion of their own, and thinks they know better than what has already been experienced and cataloged, you end up with SNAFU.

Reinventing the wheel at every turn is not effective or efficient.

The Geneva Conventions and Law of War required POW's or unlawful enemy combatants accused of war crimes to be tried according to the UCMJ, the same standard a US soldier would be judged by were that soldier accused of the same thing. Equal justice that is also fair.

Unfortunately, the powers that be have insisted on giving unlawful combatant Islamists who want to kill us in the Global War on Terror MORE rights than that. In fact, under president Barack Hussein Obama, who created the current standards within the 2009 Military Commissions Act, detainees accused of war crimes enjoy virtually the SAME rights you or I would enjoy in a federal court of law. Absurd.

This lawyer and that one say detainees should be tried in federal courts for wartime offenses. This, too is absurd.

In 1942, six of eight German saboteurs who were caught dry-foot on US soil with the means and intent to kill Americans and destroy property were executed by electric chair eight weeks after their capture. They were denied habeas corpus and then tried by military commission, which found them guilty of war crimes.

The fact that they had not hurt a fly nor damaged any property was not at issue, they hadn't, but six of eight were still executed because they had broken the law of war. They were convicted as spies.

Surely every man who has ever been incarcerated at Gitmo was at LEAST an unlawful combatant. By 1942 standards they could have all been executed.

But to this day, 731 unlawful combatant Islamists have been RELEASED from Gitmo, and NONE executed, beheaded, blown up, hacked to death, dragged naked and lifeless through the streets, drowned or burned alive. All things our enemies have done to us and/or our allies. Surely the remaining detainees should at least face capital punishment.

It has been a long time. The two day old son I left in January 2002 for Gitmo is now 18 years old, and hungry for real information about the why's and wherefore's of Gitmo and beyond. A new generation of Americans are asking questions. So it's not time to quit on justice, it's time to reflect, and then get it right with a NEW MCA, one that reflects the LAW of WAR, not the law of whatever sounds right in the PC world of the MSM and Islamist apologist lawyers.

You hear very little from the MSM about the victims of terror, or about the thousands of troops who have worked at Gitmo taking care of bad guys in an honorable and legal manner from day one. But you hear a LOT about alleged abuse and torture.

The rules for detainees accused of war crimes should be the same that are expressed in the Geneva Conventions, Law of War, and lessons learned from the prosecutions during and after WWII. That would be just, that would be quick, and that would be humane, for ALL stakeholders. 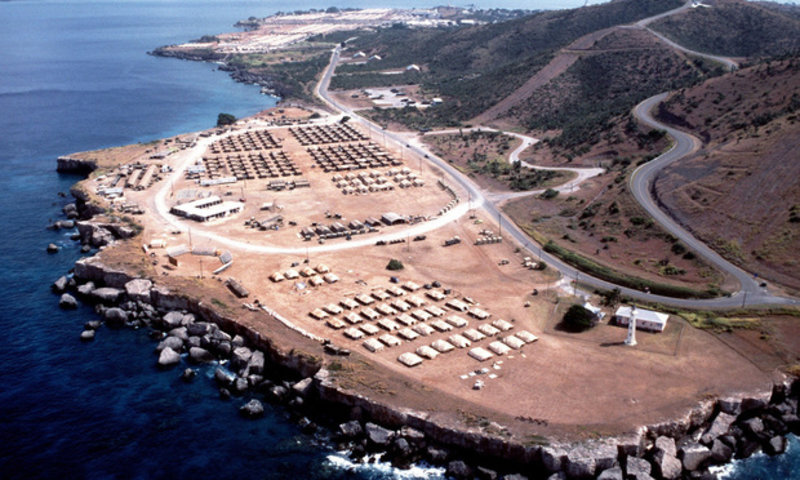 Posted from at.law.com
Posted in these groups:

Guantanamo Bay
Posted 1 y ago
Read This Next
RallyPoint Home