Lynch was awarded the Medal of Honor — the nation's highest military honor — for his actions on Dec. 15, 1967.


But Lynch said the reception from the general public was not as warm.

"We came home to a country that was embarrassed by us, where our peers who went to college were in the anti-war movement and didn't even want to deal with us, our fathers and our uncles just wanted us to go away," he said. "And we became strong. It used to be, 'I'm a victim of the Vietnam War.' Now we are veterans of the Vietnam War, and we are proud of our service."
Lynch was a guest speaker Tuesday at a U.S. Vietnam War Commemoration event at the Capt. James A. Lovell Federal Health Care Center in North Chicago.The commemoration is a multi-organization, multi-year series of events to honor Vietnam War veterans.

In a statement announcing the U.S. Department of Veterans Affairs' participation, VA Secretary Robert McDonald said, "Our nation's Vietnam War Commemoration is a long-overdue opportunity for all Americans to recognize, honor, and thank our Vietnam veterans and their families for their service and sacrifices during one of America's longest wars."

Vietnam War veteran Bob Wilken said the recognition has not helped him forget the battles from nearly 50 years ago.

Wilken, of Fox Lake, said he served in the Army's infantry division during some of the most deadly periods of the war. His company could hold as many as 190 soldiers at one time, and 78 were killed in 1968, he said.

Wilken said the squad was attacked the day he was processed to leave Vietnam and a friend, who Wilken planned to visit in Kansas City, was killed in the attack. He says he still suffers from post-traumatic stress disorder.

By the time the last U.S. troops returned home in 1973, more than three million Americans served in the war and more than 58,000 were killed, according to Veterans Affairs statistics.

"(It helps to) just see other people that are going through it, the same struggles I've had and stuff, PTSD and stuff," Wilken said. "Our brothers are here. It's important to see that."
Tuesday's event marked the 43rd anniversary of the day the last troops returned to the U.S. from Vietnam on March 29, 1973.

McDonald designated March 29 as a day "for our department to express our tremendous gratitude and support to this generation of Americans through ceremonies across the nation," according to a news release from Lovell FHCC.

Retired Army Maj. Gen. James Mukoyama said Tuesday was a "day for us to celebrate Vietnam veterans and the accomplishments of our generation."

"This is not a woe-is-me day," Mukoyama told the audience at Lovell FHCC. "This is a day for us to celebrate the accomplishments and success of our generation, even though when we came back our reception was less than friendly, shall we say."

Lynch added that being asked to speak at Tuesday's event was a "double-edged sword." The ceremony is both a reminder of all that Vietnam War veterans had accomplished and the hardships suffered during and after the war.

Lynch highlighted advances in post-traumatic stress disorder treatment, benefits for veterans exposed to environmental hazards like Agent Orange, the ability to appeal decisions made by the Department of Veterans Affairs and memorials constructed in honor of those who served in the Vietnam War. 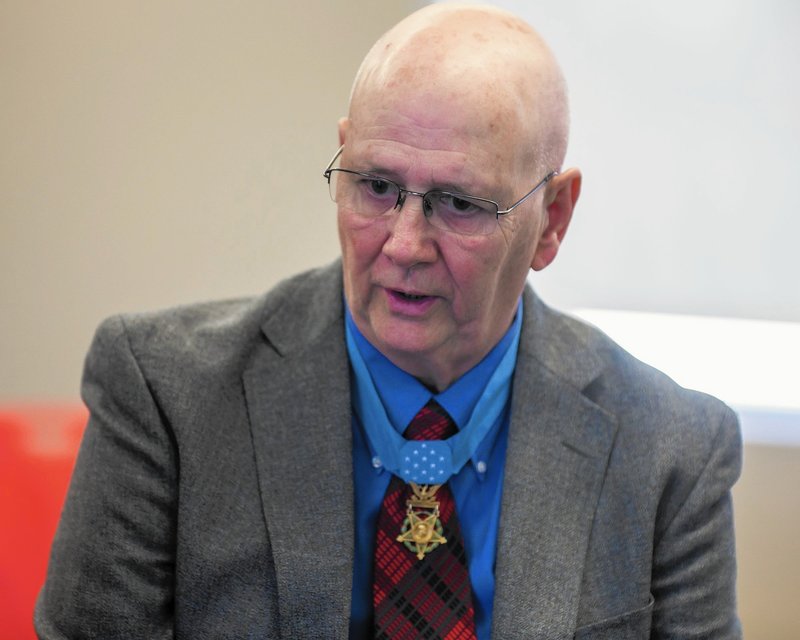 Posted from chicagotribune.com
Posted in these groups:

Sgt (Join to see)
Posted >1 y ago
My salute to Allen J. Lynch who was awarded the Medal of Honor! We did not recognize the country that we came home to, and you could cut the hostility with a Knife. For most of us, these experiences just made us stronger and more determined to succeed.
(11)
Comment
(0)

PO2 David Allender
>1 y
The hate hurt and still does. Those were very bad times for all of us I pray that never again shall any vet experience what we have in returning from combat after losing many friends and find hatred so rampant in a country I loved and served.
(5)
Reply
(0)

CSM Charles Hayden
Posted >1 y ago
SFC (Join to see) I appreciate that the CMH awardees are given a modicum of respect! They represent the others who were/are not acknowledged or respected for their service in Vietnam. I know a Riverine Force Coxswain who was so hurt by the reception in San Francisco after landing at ? Travis AFB that he took all of his uniforms, poured gasoline on them and threw a match onto the pile! The local LEOs stopped by and watched.
(8)
Comment
(0)

Sgt (Join to see)
>1 y
I received my warm welcome at LAX. I wondered at the time if I would not be better off back in Vietnam with my brothers.
(8)
Reply
(0)

CSM Charles Hayden wow, what a story and I have heard and seen documentary of this on PBS it is disturbing. I thank all VIETNAM VETERANS FOR YOUR SERVICE.!
(8)
Reply
(0)