SP5 Mark Kuzinski
1.59K
10
10
5
5
0
Federal regulators expect some retailers and payday lenders who target military customers to close as a result of new lending rules that kicked in Monday.

The new rules expand a 36 percent interest rate cap included in a 2006 law known as the Military Lending Act to almost every type of consumer credit.

Under previous rules, the law covered only a few types of loans, including vehicle title loans and payday loans. But those narrow rules made it easy for lenders to find ways around the regulation.

"I think some of these outfits may fold up their tents and go away because they'll say they can't make money at 36 percent," Holly Petraeus, who heads the Consumer Financial Protection Bureau's military affairs department, said Tuesday.

Petraeus spoke at a forum at the annual Association of the United States Army meeting in Washington, D.C.

"I saw firsthand that the [original rule] wasn't working when I went back to Fort Campbell a few years ago," she said. "We went out gate one and turned right drive down to Clarksville, and in four miles I counted 30 fast-cash lenders. It was very disturbing."

Petraeus, who said she plans to retire from the CFPB in January, has led the agency's military arm since its 2011 founding. Her office has been directly responsible for the development of rules protecting service members from predatory lenders.

Her office has also worked with the Justice Department to prosecute retailers for abusive practices, including rent-to-own store USA Discounters.

That company, which was found by CFPB to exploit service members through a fee scam and deceptive marketing, reached a $96 million debt forgiveness settlement with troops in 49 states and Washington, D.C., on Sept. 30.

Under that settlement, the company must write off all accounts with balances for customers whose last contract was dated June 1, 2012, or before. It must also credit accounts established after June 1, 2012, with $100; write off judgments not obtained in the service member's state of residence; credit judgments made against troops with 50 percent of the judgment amount; and correct impacted troops' credit reports. Under the settlement, the company, which declared bankruptcy in 2015, denied any wrongdoing. 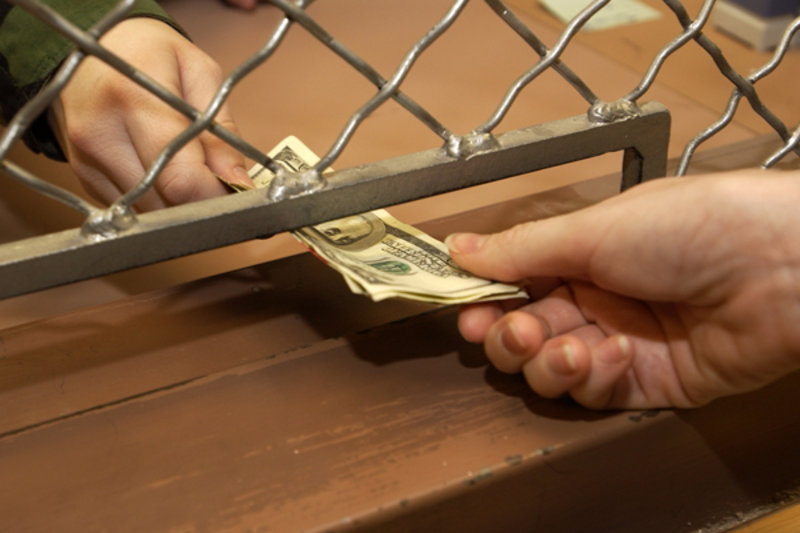 COL Lee Flemming
Edited >1 y ago
Posted >1 y ago
Predatory loan shark lending rates that specifically target SMs are wrong, 36% interest rates that borrowers have no chance of paying back are wrong, but people wouldn't use these places if they had other valid options...we could be solving one problem and creating another...
(3)
Comment
(0)

CPL Robert Bradway
>1 y
Then make them off limits to military personal they do it to certain bars around post or at least they used to.
(0)
Reply
(0)

SFC George Smith
Posted >1 y ago
I thought all the Payday lenders were off Limits because they were nothing more than Loan Sharks... Charging massive interest rates...
(1)
Comment
(0)

CPL Robert Bradway
Posted >1 y ago
What's wrong is we do not pay our soldiers enough to live off of. I'll be the first to admit I used them when I was in I got paid after taxes about 375. Every 2weeks with car payment and insurance I might of 150 left now add haircuts and gas really didn't have much left. Being 21 and trying to go on a date was damn near impossible. Dinner and a movie cost you 50-75 easy. We need to pay our soldiers a decent paying wage my last year in the military I might of cleared 8k as an E4 over 4.
My ex girlfriend son in law was an E6 over 8 and he made 36k his last year in. They have a lot of benefits free chow if your single on post housing and such but it doesn't swing the cost of everyday needs.
(1)
Comment
(0)