SFC (Join to see)
2.28K
19
13
4
4
0
Marine Capt. Jake Frederick was killed when the F/A-18C he was flying crashed Wednesday in the Pacific Ocean, about 120 miles southeast of Iwakuni, Japan, the Marine Corps confirmed on Thursday.

Stars and Stripes first reported on Thursday that Frederick’s family had been notified of his death. His mother, Donna Frederick, told the newspaper that he was “a beloved son.”

Frederick, 32, was assigned to the 1st Marine Aircraft Wing. He ejected from his Hornet around 6:40 p.m. local time on Dec. 7 while conducting regular training, according to III Marine Expeditionary Force public affairs.

The Japanese defense ministry told local media on Thursday that one of its ships had recovered Frederick’s body, III MEF announced in a news release.

“Our deepest condolences go out to the family and friends of the pilot,” Thursday’s news release says. “The cause of the crash is still unknown.”
There were no indications as to why the F/A-18 crashed, Marine Commandant Gen. Robert Neller told reporters after an event Wednesday morning at the Newseum in Washington, D.C.

While the number of major mishaps is up over the last few years, it is not “completely statistically off the wall,” he said.


Marine pilots are also getting four more flight hours than they did last year, but the Corps' plan to increase flight hours and flyable aircraft is not going as quickly as the service would like, Neller added.

“We are in a pretty tough place and we had to develop a plan and our plan is happening, but it’s not happening fast enough,” he said. “The bottom line is we’ve got to recapitalize aviation. We need to replace our airplanes. We’ve got to get better parts support. We’ve got to get more hours so if there is a human factor involved in this, we make sure that the air crew have been flying so we drive that down.”

The U.S. military is currently operating on a temporary spending measure instead of a budget, so the Marine Corps does not yet have money to give pilots more flight hours in fiscal 2017. The continuing resolution funding the military lasts until March.


One problem with a continuing resolution is that if Congress ultimately passes a budget with more money than the temporary spending measure, the Marines will have less time to spend the money, Neller said.

“You can only fly so much and you can only let so many contracts,” he said. “I trust the Congress. I think the new administration clearly understands what the situation is. The good news is we got money and we’ll continue to operate and train. The forces that are forward deployed, they’re flying a lot of hours and so far they have been very effective and very safe.”

Wednesday's crash follows on the heels of several recent accidents involving the aircraft. In October, an F/A-18C crashed near the end of a training flight at the Marine Corps Air Ground Combat Center in Twentynine Palms, California – the pilot ejecting safely.

Just three months before, another F/A-18C warplane went down during a Twentynine Palms training mission, killing the pilot.

Two Marine F/A-18 Hornets collided during a daytime training mission near San Diego in November, with both pilots surviving.

A Blue Angels pilot was killed in a crash in June, shortly after takeoff in Smyrna, Tennessee. In May, two F/A-18F Super Hornets collided mid-air off the coast of North Carolina. Both of the planes’ pilots and flight officers ejected and were recovered.

Andrea Scott contributed to this story. 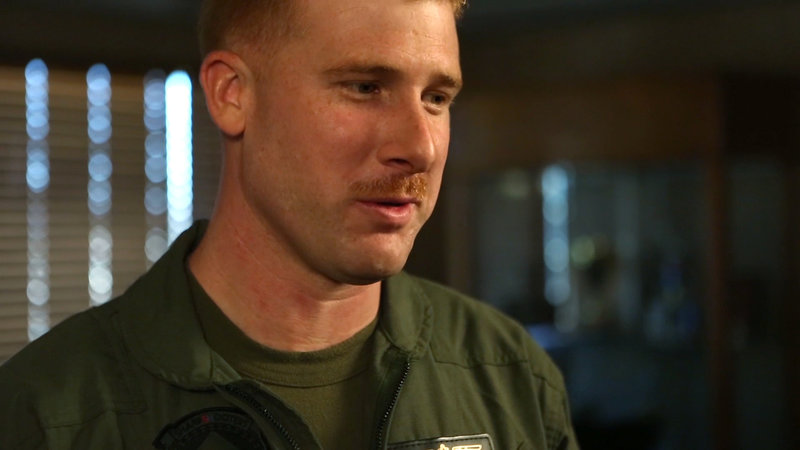 SSG (Join to see)
Posted 4 y ago
Sadly it was probably because of a malfunction because the Marine Corps has to keep canobolizing from other air platforms and the budget cuts doesn't help either.
(2)
Comment
(0)
show previous comments

SSG (Join to see)
4 y
Tyra Lynne Wahl - I know I did my research and saw an interview w a marine wing commander and he spoke of this.
(1)
Reply
(0)

Tyra Lynne Wahl
4 y
SSG (Join to see) - That wing commander you are talking about is my very good long time friend Lt. Col. Matt "Pablo" Brown. He really went out on a limb expressing his frustration about all the sick jets we have in our fleet. Believe it or not he was actually encouraged to do that piece by the MCAS MAG Commander. If the public doesn't know the struggles of finding parts and keeping jets up and healthy.... then they will continue voting for people who see no reason to halt sequestration.

As a matter of fact we saw a video yesterday of them pulling F-18's out of the mothball fleet at AMARC and sending them to NAS Jacksonville for "refreshing" so that there are more F-18's to meet qual hours. I watched it, looked at my husband who is now a retired Marine F-18 WSO and said "boy are they trying to put lipstick on a squealing pig". He just smiled and said "great way to put that babe".
(2)
Reply
(0)

SSG (Join to see)
4 y
Ok I'm glad you know what I was talking about and it's hard to that the politicians can still get richer but our military continue to major shortcomings and they are ok with it. I feel your pain.
(1)
Reply
(0)

LTC (Join to see)
4 y
Tyra Lynne Wahl - They spent a trillion on the F-35 junk strike fighter. They they go $165 billion over budget then they ask for another $500 million on top of that and half the planes are grounded half the time. In the next war, the F-35 will be show down in droves because they tried to make it an all-purpose fighter that can't dogfight or do CAS. Had we have even $500 miillion in spare parts, it could have saved lives!
http://www.cbsnews.com/news/f-35-60-minutes-david-martin/