PO1 William "Chip" Nagel
777
12
2
8
8
0
Federal investigators say they have arrested several alleged members of extremist and white supremacist groups who participated in the Jan. 6 riot at the U.S. Capitol building.

At least eight people allegedly affiliated with organizations such as The Three Percenters, The Oath Keepers, Proud Boys, Texas Freedom Force, and other self-described Nazis and white supremacists were among those who joined the thousands that stormed the U.S. Capitol building, according to federal investigators.

Details of their arrests highlight how different, yet organized, extremist groups, with members throughout the country, coalesced to support Trump and his (disproven) claims that the November election was stolen. Law enforcement officials were able to track suspects down by using information gleaned from tipsters, social media posts shared by the accused, and news media coverage.

One of them is Timothy Hale-Cusanelli, a member of the U.S. Army Reserve, who as a defense contractor at Naval Weapons Station Earle in New Jersey, has a security clearance and access to a variety of munitions, according to court documents. 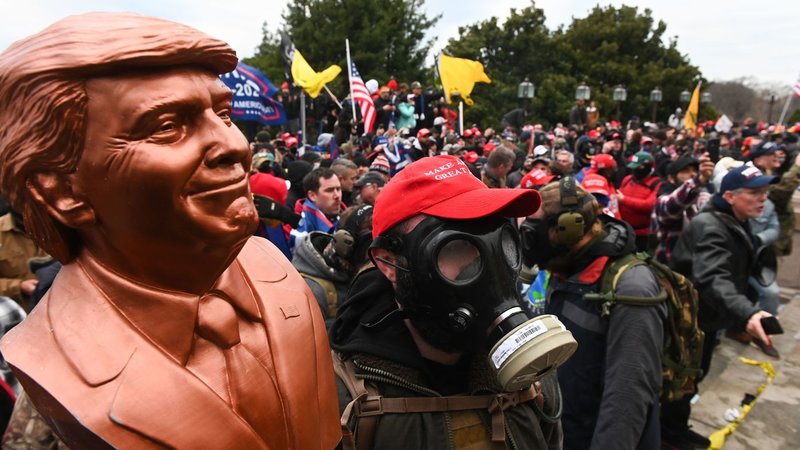 MSgt Mark Bucher
Posted 8 mo ago
You can’t yell fire in a crowded theater. Why can you knowingly yell out false statements or lies?
(4)
Comment
(0)

SGT Gary Tob
Posted 4 mo ago
Does this account for Antifa that were in the protesters? What about the burning, looting and murder in alot of "Blue States" ?
(0)
Comment
(0)
Read This Next
RallyPoint Home