The move marks the first major event to be pulled from the state, coming days after companies such as Delta and Coca-Cola expressed opposition to the law.

Major League Baseball is moving this summer’s All-Star Game and amateur draft out of suburban Atlanta in response to Georgia’s new voting law, which has been criticized by civil-rights groups who say it will make it harder for people to vote.

It is the first major event to be pulled from the state, coming days after Atlanta-based corporations Delta Air Lines Inc. and Coca-Cola Co. expressed their opposition to the law. The law’s backers say the changes are needed to preserve election integrity.

In a statement Friday, MLB commissioner Rob Manfred said that after discussing the matter with teams, the players’ union and current and former players, he “decided that the best way to demonstrate our values as a sport” is to relocate the event, one of the most prestigious on the sport’s calendar. A new host city has not yet been finalized.

“Major League Baseball fundamentally supports voting rights for all Americans and opposes restrictions to the ballot box,” Manfred said. “Fair access to voting continues to have our game’s unwavering support.”

This year’s All-Star game was set up to be a particularly poignant one in the city where baseball legend Hank Aaron played much of his career. Aaron, the slugging outfielder who endured a barrage of racism on his way to surpassing Babe Ruth all-time home run record during his 21 seasons with the Braves, died earlier this year. This would have been the first All-Star Game in the Atlanta area since 2000, and the first at Truist Park, the Braves’ home stadium since 2017.

But the controversy swirling around the law had mounted in recent days, particularly when President Joe Biden said he was in favor of pulling the game. That came in an interview with ESPN just as this 2021 MLB season was set to start, fueling pressure for the league to take action. (Aaron will be celebrated at the relocated All-Star festivities, Manfred said.)

“This was neither our decision, nor our recommendation, and we are saddened that fans will not be able to see this event in our city,” the Braves said in a statement. “Unfortunately, business, employees and fans in Georgia are the victims of this decision.”

The Republican-backed Georgia voting rules require absentee voters to request ballots by providing their driver’s license number, the last four digits of their Social Security number or a copy of some other accepted form of identification. They also have to provide this information when they mail in their ballots. Under prior rules, people signed an absentee-ballot application and signed an inside envelope containing the ballot when they mailed it in.

The law also places new limits on how parties and voting groups mail out absentee-ballot request forms, and limits the number of ballot drop boxes to one per county except for large counties, which can set up one box for every 100,000 registered voters. The law is far less extensive than numerous bills that were initially proposed by GOP state lawmakers.

Republican legislators in Georgia have said new voting rules are needed, in part to assure the public that voting is fair and to ease concerns there might have been fraud this past election season. Republican Gov. Brian Kemp, Georgia’s secretary of state and other Republican officials also affirmed the integrity of the state’s 2020 presidential election after conducting two statewide recounts and a partial audit of mail-in votes in one county.

Kemp has brushed off criticism of the law. “I’m glad to deal with it,” he said on Wednesday in an interview on CNBC. “If they want to have a debate about the merits and the facts of the bill, then we should do that.”

The decision also comes after a year when sports fields, more than ever, became political auditoriums. In the wake of the killing of George Floyd and other unarmed Black men and women, athletes in sports across the country used their platforms to protest and call attention to social justice issues during the heat of an election cycle.

It’s not the first time that state politics have prompted a professional sports league to change its All-Star plans.

In July 2016, the NBA pulled its All-Star Game scheduled for February 2017 from Charlotte, N.C. in response to a controversial state law mandating that transgender people use bathrooms associated with their birth gender when in public buildings and schools. The game was moved to New Orleans. The NBA went to Charlotte for All-Star festivities in 2019 after the bill was repealed.

Baseball has been slower to wade into social issues compared to other sports, making this an uncharacteristically aggressive statement for the league. When kneeling and other forms of protest during the national anthem became widespread in the NFL and NBA, baseball players largely avoided public demonstrations and rarely expressed any political views. About 8% of MLB players are Black, down from nearly 20% in the 1980s.

Calls for boycotts over lightning-rod state laws have become a particularly popular tactic in recent years, with sporting events one of the highest-profile catches for activists.

The National Collegiate Athletic Association also agreed to withhold events from North Carolina over the so-called bathroom bill, and brought pressure in its home state of Indiana over a religious-objections law. Arizona became a widespread target over an immigration law.

The controversy over the voting law began prompting calls from Democratic politicians and liberal advocates to MLB to do the same. Biden, in the televised interview earlier this week, said he would “strongly support” a decision by the league to pull the game.

The idea of a statewide boycott for these types of events hasn’t received universal support, even from those who staunchly oppose the law.

“I absolutely oppose and reject any notion of boycotting Georgia,” Democratic Georgia senator Jon Ossoff said in a statement prior to MLB’s decision. “Georgia welcomes business, investment, jobs, opportunity, and events. In fact, economic growth is driving much of the political progress we have seen here.”

–Andrew Beaton contributed to this article. 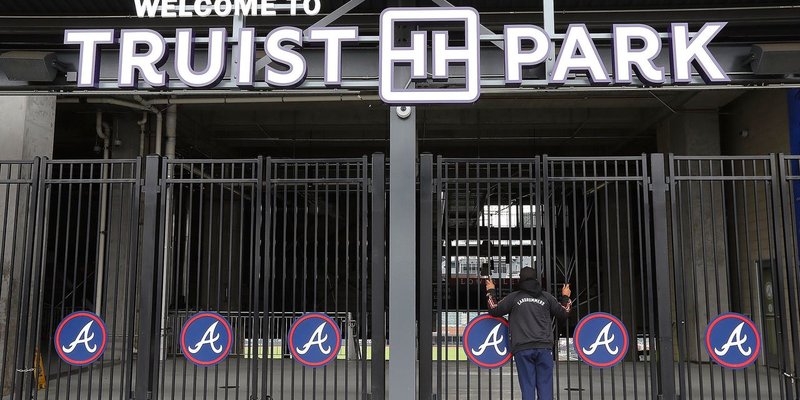 MAJ Byron Oyler
2 mo
This does hurt the people that were going to work the stadium that night. Now the stadium will be dark while some other city's workers will get an extra day of pay.
(0)
Reply
(0)

SP5 Dennis Loberger
Posted 2 mo ago
I don't know how to feel about this. You hear 2 different stories about what Georgia is doing. I have never liked mixing politics with sports or sports with politics.
(2)
Comment
(0)

SPC Joshua Blotzer
2 mo
The mixing of sports and politics will only end when one of those two no longer exist. The two have been mixed for millennia.
(2)
Reply
(0)
Show More Comments
Read This Next
RallyPoint Home