The Royal Navy has selected its first female admiral in its almost 500-year history.

Commodore Jude Terry, 47, has been promoted to rear admiral and will start the role in August next year.

The Army and Royal Air Force already have women in the equivalent rank.

“Someone’s got to be first,” Terry said of her appointment. “There will be others.”

“There’s a plan to increase female representation in the service and make it more representative of society as a whole,” she told The Daily Telegraph.

At present women account for about 12 per cent of the Royal Navy’s total of almost 30,000 members. Military leaders expect the figure to increase to 20 per cent by 2030.

Terry said that she has “never thought about being female” in her job, adding: “If you deliver, you get credit for it. If you don’t deliver, you have to redeem yourself.”

However she said that there had been “the odd moment when you turn up somewhere and there’s no female heads [lavatories]”.

As part of her role as deputy director for personnel, Terry will manage plans to recruit more people from ethnic minorities.

Born in Jersey when her father was at sea on the HMS Tiger, Terry comes from a naval family.

Since joining the Navy in 1997 she has spent much of her career on warships based in Plymouth and has travelled to the Gulf, Middle East and the Caribbean. She also worked on tackling the spread of ebola in west Africa. In 2017 she was awarded an OBE.

She said that the world has changed considerably since she joined the navy and that the armed forces will need to adapt.

After the government’s integrated review of foreign, defence, security and development policy, she predicts that traditional roles will change dramatically.

“It won’t be just about those in command on board a ship in a traditional sense. What you might find is lots of smaller platforms deployed with commanders in a Portakabin on a jetty,” she said. 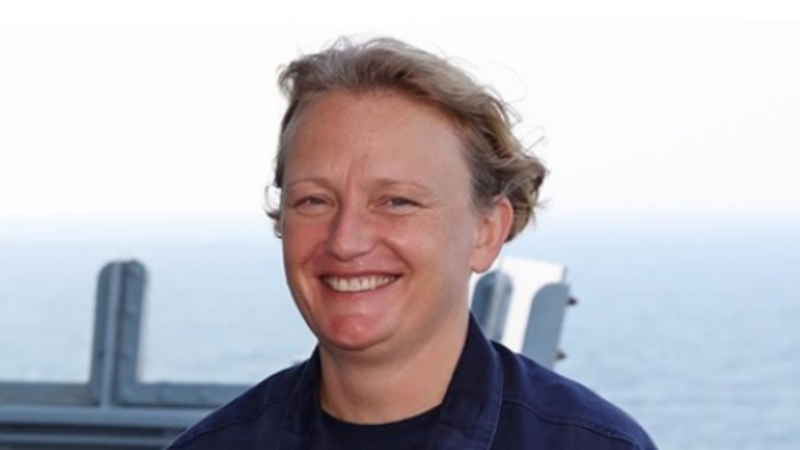