SSG Warren Swan
3.14K
18
8
3
3
0
I'm not new to the military process, but after reading this, I guess I was never fluent in it either. To me, if you retire at a particular rank, that IS your PERMANENT retired rank. Ermey was given the title of Gunny and can wear the rank, but it's ceremonial for the work he's done for the Corps since retiring from the Corps (Best decision made EVER!!!) He HAS put in some work to bring awareness and recruitment like never before. is retired as a Staff Sergeant. If I am wrong, please correct me. Flag officers upon retirement go before a review board to see if you warrant the stars on your shoulder in retirement. If not, they take you down to the last known "honorable" time you served as one. If the IG found him "wrong" with the whistleblowing punishments, and it was backed and found the complaint had merit, how can you request after retirement to be given a rank you never "got" technically? If that's the case why isn't everyone on here complaining why they're not two ranks higher, hell make it three than they retired or got out as? I didn't make SFC. It was not the Army's fault, it was mine. I cannot see how I have ANY room to contest being retired as a Staff Sergeant, but blame others, and ask for retirement as either a SFC, MSG, or heaven forbid a CSM. This is not an Obama or a political issue. He has nothing to do with the process except nominate. The issue It appears on the surface, friends take care of friends, even when you did wrong, and we'll find every technicality to get your right. If the SECNAV can throw away findings at will, or circumvent a process, what does that say for the Flag officers, and civilian heads of the service branches? 18 months to get a case done for a normal joe is done in seven weeks for him. I sense there is something fishy going on, and it's not in the galley. Opinions, corrections, and facts would be greatly appreciated. 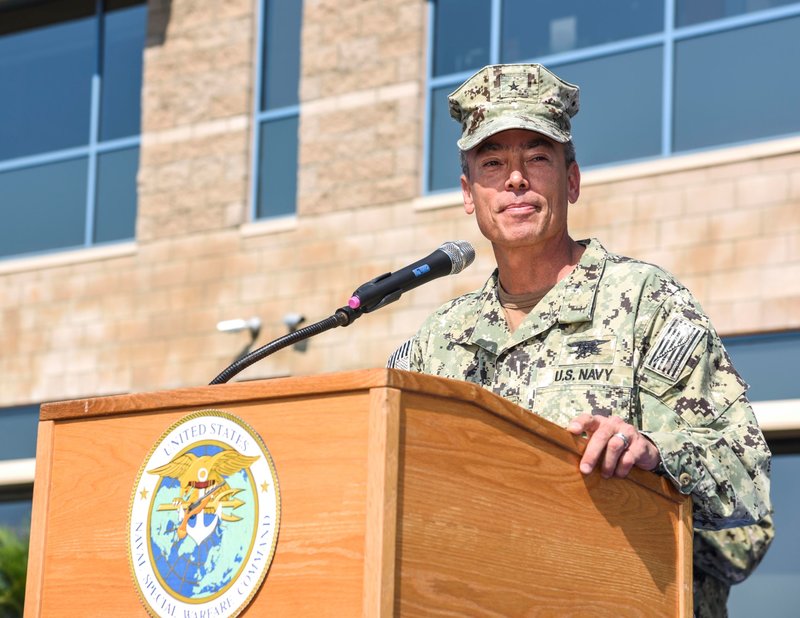 Posted from msn.com
Posted in these groups:

COL Vincent Stoneking
Posted >1 y ago
He was selected for the higher rank (and the list with his name on it was confirmed by the Senate, as required by law), but not actually promoted due to the investigation and findings against him subsequent to the list coming out.

Following his retirement, he appealed his case to the ABCMR (Army Board for Correction of Military Records), arguing that his promotion was improperly blocked, citing alleged improprieties in the investigation. This is exactly the sort of claim that the ABCMR exists to investigate, and exactly the kind of "errors" it is empowered to to correct. This is a totally separate process from any IG investigation.

Comparison to your retirement as a SSG is not apples to apples UNLESS you came out on the SFC list, had your promotion blocked, and feel it was done in error/in a materially unjust manner. If that were the case, you would be justified in having your case reviewed by the ABCMR. If you were upheld that your promotion to SFC had been unjustly blocked, you would be retroactively promoted on the date that the ABCMR determined was appropriate, and would be entitled to pay at the higher rank, both back pay and in retirement.

NOTE: I am in no way saying that the ABCMR got it right (or wrong). I don't know the case in detail, nor am I privy whatever was reviewed by the ABCMR, nor the precise arguments he/his lawyer made to the board. I take note of the fact that they resolved the case in about 2 months, when the average case takes around 18. There are a few ways to take that, but I'll let people make of that what they will.
(2)
Comment
(0)

COL Vincent Stoneking
>1 y
Correction. In the Army, it would be the ABCMR. For the Navy, it is the Board for Correction of Naval Records.
(1)
Reply
(0)

SSG Warren Swan
>1 y
COL Vincent Stoneking - Thank you Sir. I had to sit back and re-read your response at least three times to get it. I see what you meant with the comparison, and to a point agree, but the part I was harping on is we both made mistakes that cost us. I cannot and do not feel "entitled" to have anyone look at my records to "find a technicality" that would've "given" me the rank, make it retroactive, and pay me. In his case ask a "GO Frat" to push a little harder for what I want to be, or feel I should be. You are not a stupid man. You wouldn't be where you are with the knowledge you have if you were. I'm saying that IN TRUTH, and for another reason; if you made a mistake and you were on the list for COL and BDE Command, but something comes up where it is shown you made a mistake, and even went after some folks costing them careers, do you think you should have anything short of the legal due process to either clear your name or end your career? Sir I am not putting you on the spot, and do not answer please unless you want to. I'm NOT questioning your integrity or ability AT ALL and neither should anyone else unless proven otherwise, I was told once by a CSM, "the CSM's all know each other much the same as the Warrant community. We stick up and vouch for each other". Now that sounds great, but "sticking up and vouching", shows loyalty not to the team, but to your "buddies" no matter what. Something like the Goat Locker for the Navy. No one messes with the Chief, and they don't snitch on another. The first part is true, second isn't. I had a Chief who was SLAMMED by a Master Chief even though there was an agreement between the Locker and the Master Chief to let them handle it. Great NCO bad mistake, first mistake, and career over. But the Admiral was going out as a one star had his peers not bludgeoned the SECNAV to "force the issue". It seems like one had some dirt on another, and to make everyone happy, give the man the star, he leaves, you leave, and everyone's happy. That's not how it works for you or me, nor is it the way it should for anyone. I do not think for one second that there is a SM EVER who was "perfect" and didn't have a morgue as a closet. But I would not use the "morgue" to gain anything. If I didn't say it before, then I need to STFU and get a job. I feel the Navy failed itself by not standing by the SECNAV and the boards decision. I believe this is why Patreus was never "hooked up" for what he did. He had a FEW morgues no one wanted to see.
(2)
Reply
(0)

COL Vincent Stoneking
>1 y
SSG Warren Swan - The Navy board is empowered to "correct errors" and decided to do that. I can't tell you what was right or wrong in this case. Did the Navy board do right by "correcting" the record? Don't know. Didn't see the facts. Keep in mind, the Admiral did NOT face a court (full legal due process), it was a case of IG (which didn't result in a court), a recommendation, and admin actions. I also don't know the specifics that the IG had to review.

What I do know is that I have learned not to trust what I see in any media, especially if they have an axe to grind, at face value. I have firsthand known the truth of several situations that have been covered in the media. Without exception, the coverage was different from the reality. Everyone I know who has been in a similar situation has said the same. This applies not only to the military, but also my civilian career. I am not going to convict (or exonerate) anyone from only a few media stories, especially if there carry a clear bias in their writing.

With his circumstances, as I understand them, I would likely have insisted on a court. Specifically because I would have wanted "full legal due process." However, there are legit reasons why that could be difficult/counterproductive, outside of the facts. Keep in mind that, at that level, a lot of everything you do is politics. I would have still done so, but that's me. If, at a later date, I came to believe I had been wronged, I would not hesitate to seek correction of an injustice through the ABCMR.
(2)
Reply
(0)

SSG Warren Swan
>1 y
COL Vincent Stoneking - You get only one like, but this answer deserves more. It's amazing what happens when folks openly talk. You might just learn something. I did and totally agree with your second paragraph.
(2)
Reply
(0)

Maj John Bell
Posted >1 y ago
It used to be, and I believe it is still true; all promotions to third star and fourth star are temporary. Rarely will a flag officer stick around if they are going to revert to a lesser rank. They will be afforded the courtesy of being addressed by the highest rank they held no matter how long, upon their actual retirement, and they will be paid at the retirement rate for the highest active duty rank they held for at least two years.
(2)
Comment
(0)

CPT Richard Riley
Posted >1 y ago
It is not political, and ultimately, it has only to do with what you personally earned ... not have granted to you.
(1)
Comment
(0)
Show More Comments
Read This Next
RallyPoint Home