SSG Robert Webster
209
1
0
1
1
0
The U.S. Navy will not repair the amphibious assault ship Bonhomme Richard, which burned for more than four days this summer in San Diego.

In the end, resurrecting the devastated large-deck amphib would have been too costly, Rear Adm. Eric Ver Hage, commander of the Navy Regional Maintenance Center, told reporters Monday.

The extensive damage to the flattop’s flight deck, island, mast and lower levels from the July 12 inferno would have required about 60 percent of the ship to be replaced, Ver Hage said.

To rebuild and repair the 22-year-old amphib would have cost between $2.5 billion and $3.2 billion, and would have taken five to seven years, he said.

To turn the stricken amphib into a hospital ship would have cost more than $1 billion and taken the same amount of time, he said. 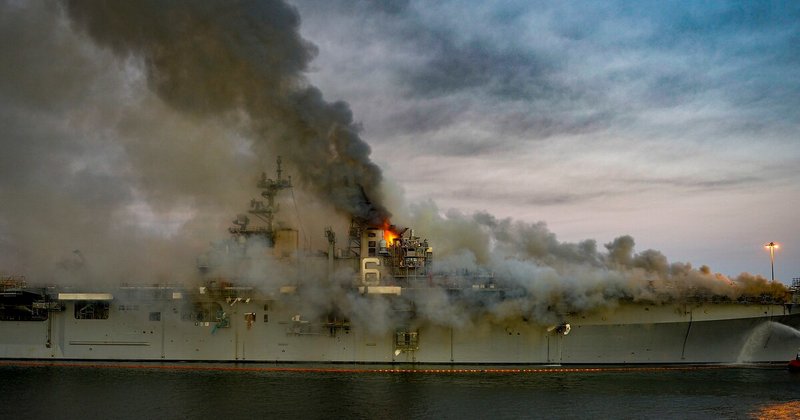 DoD
Posted 8 mo ago
Read This Next
RallyPoint Home