SFC Joe S. Davis Jr., MSM, DSL
54K
7
4
4
4
0
After less than one week on the job, Army Secretary Eric Fanning is already focused on providing soldiers and their families with more predictability amid increasing demands on the force and ongoing budget constraints.

Fanning, who was sworn in May 18 as the Army’s 22nd Army secretary after a bumpy eight-month confirmation process, is no stranger to the military or the Pentagon. In addition to key leadership positions in the Air Force and Navy, Fanning has served as the Army’s acting under secretary and later as the acting secretary and got a first-hand look at the Army and its soldiers.

“What I’ve seen is an Army, to me, that looks tired,” Fanning said in a Monday interview with Army Times. “We haven’t been investing in installations like we probably should have, and we’ve been deploying people non-stop for 15 years now. I worry about what we’re doing to the force in the long term and looking for ways to find some stability and predictability for them.”

Among his chief concerns is the budget and the demand for soldiers around the world.

“The main challenge with the budget is the instability of it, the unpredictability of it,” Fanning said. “We start every year with a continuing resolution and the threat of a government shutdown. We’ve got sequestration looming on the horizon.”
Steady, predictable funding saves money over time, and it allows the Army to better train and equip soldiers, he said.

“Not having that stability makes it very hard to build a budget and build a long-term program,” Fanning said. “That’s the biggest struggle I think we face."
At the same time, the Army continues to draw down while demand for troops grows, with soldiers deployed to Iraq, Afghanistan, Europe, Africa, the Pacific and everywhere in between.

The demand for soldiers is not going away, Fanning said.

“There have always been demands on the Army, and there always will be,” Fanning said. “The Army is a resilient institution with strong leaders that figure out how to make that work. My challenge is to do what I can to mitigate any negative effects, like taking care of families, making sure soldiers are resilient, that they’re trained and equipped.”
One priority for him is to make sure the Army has as much combat power as possible, Fanning said.

“That’s something every secretary should do, and in my experience does do, and that’s constantly culling through to make sure you’re as efficient and effective as possible,” he said. “That’s headquarters reductions, that’s finding different ways of doing business so that we can move as much of the force structure we’ve got to the tip of the spear.”

And after less than one week on the job, Fanning is already trying to get out of the Pentagon.

“My first immediate goal is to get out of the Pentagon, get out in the field and interact with soldiers,” he said. “The things I want to focus on, for whatever time I have in this appointment, is, first, taking care of people.” 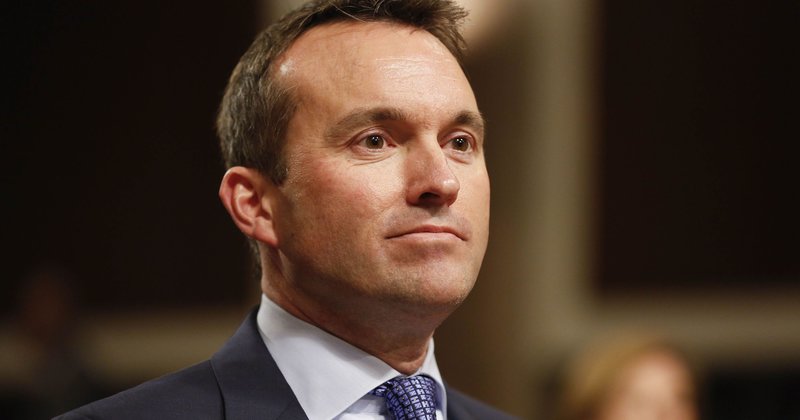 PO1 Joseph Feldhaus
Posted >1 y ago
On the surface, predictability and stability may sound great, but the hardship and unpredictabilty of military life is what keeps us sharp and prepared. The stress level for those in the military is always kept high (even at home) to ensure we can cope when it comes time to move from training to fighting. If you're not fighting, you're training and conditioning for the time when you will be fighting. Predictability makes one a soft target, and stability makes one unprepared for the unexpected.
(1)
Comment
(0)

SPC Sheila Lewis
Posted >1 y ago
Then who will fight the various on-going engagements: Korea, the Middle East, border patrol for the US.?
(1)
Comment
(0)

LTC Stephen F.
Posted >1 y ago
It is interesting that the new Army Secretary is calling for more predictability SFC Joe S. Davis Jr., MSM, DSL. The only way we can actually get more predictability is if we are the aggressor and we are have the initiative. As long as our enemies have a vote the future will always be largely unpredictable. Stability on the other hand speaks to force size and rotations between deployed and dwell times at home station. Stability tends to apply to high density units and is in shorty supply among high demand low-density units.
It is somewhat disingenuous at a time when the Army is being drawn to close to pre WWII levels and there is a push to open up all positions to women which means men will be drawn down at a higher rate that they would be if women were not being recruited to fill their billets.
"When things get weird the weird turn pro."
(1)
Comment
(0)
Show More Comments
Read This Next
RallyPoint Home