PO1 William "Chip" Nagel
1.06K
49
5
13
13
0
Newly released footage from the 6 January insurrection at the US Capitol Building appears to show a supporter of former President Donald Trump attacking a police officer during the incident.

In the new video, a man identified by prosecutors as Scott Fairlamb, a gym owner from New Jersey, can be seen following police officers and taunting them before pushing and punching another officer.

At one point in the video, the man can be heard shouting: “You have no idea what the f**k you’re doing” to police. 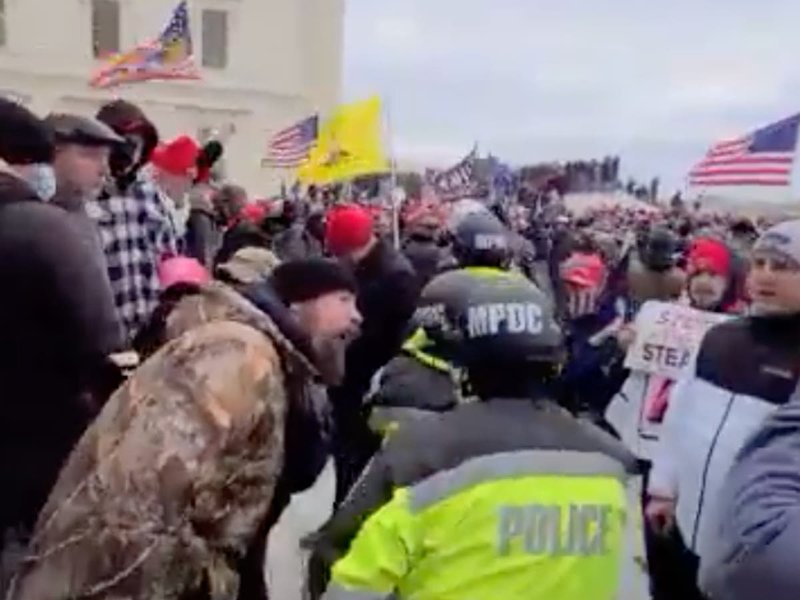 Posted from independent.co.uk
Posted in these groups: Hamburg

Patricia Overmeyer
>1 y
Capt Gregory Prickett: But, but, they were just like any other normal tourists that come to look at the Capitol, enjoy our history on display and get a few gifts for everyone back home at the gift shop!
(4)
Reply
(0)

SGT (Join to see)
Posted >1 y ago
PO1 William "Chip" Nagel
“Don’t touch me,” he can later be heard shouting in the video as one officer appears behind him.

He then shoves the officer, before pointing a finger at him.

As the officer regains his footing and appears to attempt to slap the man’s hand away, that is when the man appears to punch him.

Mr Fairlamb is believed to have been one of the first people to reach the Senate side of the building during the deadly riot.

He has been charged with 12 criminal counts, including assaulting police and carrying a dangerous weapon into the Capitol.
(8)
Comment
(0)
Show More Comments
Read This Next
RallyPoint Home