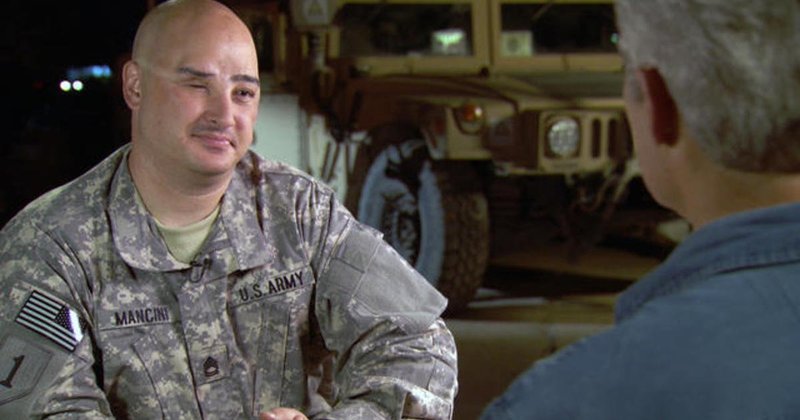 Posted from armywtfmoments.com
Posted in these groups:

LTC Stephen F.
Posted >1 y ago
Thank you for sharing SGT (Join to see) that Dr. Scott Pelley is researching physical indications of traumatic change in the brain to PTSD.
Scarring in the brain due to exposure to blast waves from expositions seems to be a reasonable finding. The challenge IMHO is establishing cause and effect with location and extent of damage to PTSD diagnosis. Granted a brain scan should not be required or the sole determination for PTSD diagnosis.

"Doctors have found scar tissue in the brains of combat veterans who suffered from PTSD and were exposed to high explosive blast waves. The discovery could mean that many cases of PTSD, long thought to be a mostly psychological illness, may actually be caused by physical brain trauma. Scott Pelley reports on this medical breakthrough on the next edition of 60 Minutes, Sunday, April 1 at 7:00 p.m., ET/PT on CBS.
Pelley’s report focuses on deceased combat veteran Brian Mancini. Retired Sgt.1st Class Mancini survived an IED explosion in Iraq and seemed to be recovering emotionally and physically after many surgeries. He even founded a center to help other veterans like himself deal with PTSD. But, almost suddenly, he became delusional and eventually, committed suicide.
The transformation was so sudden and severe, his family thought there might be something doctors could see in his brain that could explain it. The Mancinis found neuropathologist Dr. Daniel Perl who oversees the brain tissue repository at the Uniformed Services University of the Health Sciences in Bethesda, Md.
Dr. Perl has examined several brains of combat veterans exposed to high explosive blasts who also suffered from PTSD. “When an IED goes off, there’s a tremendous explosion. And with the explosion comes the formation of something called the blast wave,” he tells Pelley. “And it is sufficiently powerful to pass through the skull and through the brain. And when it does that– it does damage the brain tissue.”
Dr. Perl shows Pelley the scarred tissue in the brain of a veteran exposed to a combat blast wave who also suffered from PTSD. He examined Mancini’s brain and found similar scarring. Asked whether he thinks he’ll be able to link the blast wave brain injury to PTSD, Dr. Perl replies, “In a sense, we already have. Every case that we’ve looked at has been diagnosed with PTSD. And what that connection is, whether the scarring in the brain leads one to be more apt to develop PTSD, or whether there’s so much overlap between the symptoms that one gets with the damage in the brain that it looks like PTSD, we don’t know yet.”
Dr. Perl is seeking the preserved brains of veterans of World War I, the war in which the use of high explosives became widespread, to further his study. In that war, the many veterans with symptoms that would be referred to today as PTSD were called victims of “shell shock.”

Sgt Wayne Wood
Posted >1 y ago
Begs the question... is there evidence of brain lesions in vets with PTSD NOT associated with TBI or blast effects?

SCPO Todd Sheckley
1 y
Some GW Vets have lesions and atrophy of the brain. My guess is they did not have the exposures to blasts like GWOT Vets given it was pretty one sided and over pretty quick. So where do their issues stem from?
(0)
Reply
(0)