SN Vivien Roman-Hampton
2.12K
16
5
9
9
0
"Doctors have found scar tissue in the brains of combat veterans who suffered from PTSD and were exposed to high explosive blast waves. The discovery could mean that many cases of PTSD, long thought to be a mostly psychological illness, may actually be caused by physical brain trauma." 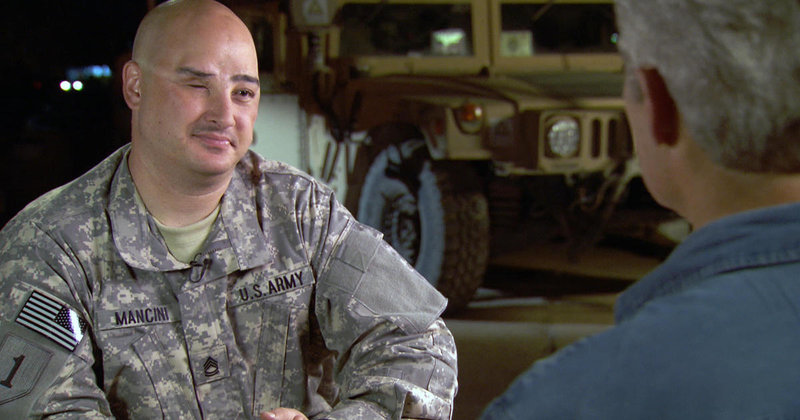 SN Vivien Roman-Hampton
>1 y
Correct, perhaps this is a jumping off point for them to figure out what changes could be seen in a living brain that would be a marker of this or some type of biopsy testing or gene mapping that shows changes.
(2)
Reply
(0)

SPC James Harsh
>1 y
last I heard was "Right now, the data on CTE is skewed. Being limited to donated brains means scientists are studying the brains of people whose relatives probably already suspected that something was wrong. One study, for example, showed that playing high school football, was not linked to cognitive problems later in life. So being able to diagnose people while they’re still alive could tell us a lot about how common CTE really is, and it could be crucial for developing treatment for players while they’re alive.

More studies are needed to confirm this method, according to the researchers, and some scientists are skeptical. Lili-Naz Hazrati, a neuroscience researcher at Toronto’s Hospital for Sick Children, told the Chicago Tribune that tau can be found in healthy brains, too. Having a robust way of detecting CTE may still be far off, but we may be one step closer. And if this pans out, it could be a game-changer for athletes."

A1C (Join to see)
Posted >1 y ago
Its not that new of news, but more like validating something already known. I posted as well as several others another version of this story last year or 2 that made the rounds. I found them in a National Geographic issue about accumulative damage as well as blast trauma, But if you look up the stories you can find others here on RP posted similar stories.
PTSD and TBI, as well as I participated in some studies with National Auditory research center for Tinnitus and hearling loss, as well as impairments to balance and cognitive function.
What is lesser know is the effect on other brain function such as Cushings disease, Cushing's syndrome as well as Auto-immune faux issues triggered by glandular and neurological damage despite Neuroplasticity

Traumatic brain injury (TBI) is a well recognized public health problem worldwide. TBI has previously been considered as a rare cause of hypopituitarism, but an increased prevalence of neuroendocrine dysfunction in patients with TBI has been reported ...