A1C (Join to see)
3.93K
16
9
9
9
0
A bipartisan group of lawmakers has written a letter to VA Secretary Robert Wilkie about medical marijuana and its potential to replace opioids for veterans’ management of PTSD and chronic pain.

The group wishes to see expanded research into the positive effects of cannabis-derived medicines on these patients. They have asked Wilkie to initiate “a rigorous clinical trial” as a starting point and a fact-finding measure.

Support for legalized marijuana, especially in a medical context, has skyrocketed among the general populace, and especially among military service members, even compared to what it was five years ago.

It was a major hot-button issue in the 2016 Presidential campaign, partially responsible for Trump’s 2-to-1 voting record over Clinton among this group of voters. At the time, Trump spoke somewhat in favor of legalization, while Clinton was firmly against it.

Now two years into the Trump administration, many of us would like to see movement on this issue, including the bipartisan group mentioned above. They write:


“We believe VA has the authority, ability and capacity to carry out such a study. Many of our nation’s veterans already use medicinal cannabis, and they deserve to have full knowledge of the potential benefits and side effects of this alternative therapy.”

Given its great effectiveness for some patients, as well as its near-total lack of adverse effects compared to other pain management options, perhaps it is only our cultural stigma that bars this “alternative therapy” from promotion to the mainstream.

The perpetually harried David Shulkin, VA Secretary just prior to Wilkie’s appointment, also served as a sounding board for medical marijuana legalization in the past. He waffled on the issue, blaming red tape for the administration’s lack of policy change.

The latest resurrection of this question gives Wilkie a banner opportunity to speak publicly about his views (whether for, against, or mixed), which he has never done on the record.

Nick Etten, founder of the Veterans Cannabis Project, is entirely uncertain about where Wilkie stands, and you can bet he has done his share of digging.


“Secretary Wilkie has the opportunity to put medicine before politics and address one of the greatest needs of veterans right now, and that is alternative therapies for the signature wounds of war,” Etten said. “I hope he does the right thing and addresses this directly and aggressively.”

In light of all this new consideration, one observation plays on repeat in my mind. Cannabis can be taken in many forms, notably oils, that are chemically different from pot edibles or smokes for recreational use. The high is not the goal. The goal is treatment.

Opposing all medicinal cannabis options as a blanket statement, simply because of their recreational cousins, is a knee-jerk emotional stance to take on a critical health issue.

Not only is such denial dangerous, but it poses a pretty glaring double standard. Opioids have recreational cousins, too, and have for hundreds of years.

The journey from the streets to the medicine cabinet has traveled the other way as well. Oxycodone, well-known as the OxyContin brand. Vicodin. Percocet. Just plain old morphine.

If we used the same logic on this family of painkillers that politicians love to use on cannabinoids, there would be a public outcry to ban all opiates immediately.

(Here we see another aspect of the double standard. An “opiate” and an “opioid” are the same. Both words describe the same Schedule I substances. The word “opiate” started to sound too scary, so lately the media has landed on a new word.)

Does taking Demerol make you a heroin addict? Does supporting opiate/opioid use for pain management mean you want local teens to shoot up? Are those situations equivalent?

If we have some modicum of discretion, if we can just wait and apply common sense to the questions we face, we might have to acknowledge that circumstances matter. The medical context, and the variety of chemical content, both matter.

So why is “Reefer Madness” STILL the logic we apply to medical marijuana? 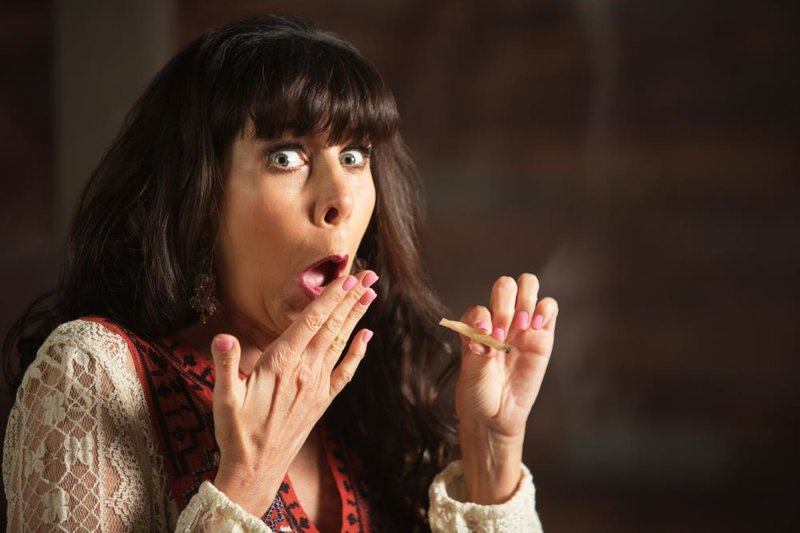 Posted from disabledveterans.org
Posted in these groups:

FA Pamela Rines
Posted 10 mo ago
Good I was on opioids and finally got myself of them and seeked Medical Marijuana thank God for and Mother Nature for letting it grow.
(1)
Comment
(0)

A1C (Join to see)
10 mo
Glad you got off the opiates, that is a big win for you and deserve recognition. I hope you can make it work long term without them. Truly a death sentence. If medical pot works for you, that sounds like a better option. While I have no involvement, I am watching the farming scene here in Oregon and some bumps in the road but overall its going well, Pumping tons of money into the tax base, hopefully used where needed (I am cynical about govt, I will just say that) the boom to our economy and employment is excellent, and taking it out of the hands of criminals. Best of all, despite problems in the marketplace, farmers are reaping higher yields per acre for revenue at a time farmers over all need all the help they can get. So if its ALSO helping people like yourself, all the better! Be well!
(0)
Reply
(0)

PFC Joe Fugo
10 mo
bro your criminals are the no good va !!! they are no good liars making easy money ! and i should quit telling you vets what all i know cause they are going to have the fbi at my house but i will tell them like i think of va employees GET FUNKED !!
(0)
Reply
(0)

A1C (Join to see)
Posted 2 y ago
One of the comments about the above article is interesting, Worth a read.

" To believe even for a moment that the VA is capable of producing any study on Marijuana that is un-Biased is truly foolish. As a matter of fact, the VA is totally incapable of doing any investigational studies without Biases. That includes pharma studies, medical device studies and any health studies.

In the Portland study they relied on previous published materials and did not rely on new studies using Veterans. Out of more than 10,875 English language studies they reviewed. They chose to limit the data they used to complete their study to data from 12 prior VA systematic reviews and 48 primary studies.

Besides hand picking studies to include to obtain the VA’s desired results there are a number of other problems that really jump out at this reader.

1.) The VA’s research study was self-published by the VA on their website because it could not pass the peer review process it needed to be accepted for publication by any Scientific Journal.

2.) The VA’s research study did not include any reference section showing what studies they chose to use in completing their biased study.

3.) The VA only used 12 prior VA systematic reviews and 48 primary studies to archive their desired “biased” results in their study. Which they claim showed that there was little if any pain relief or relief of symptoms of PTSD.
a.) They even state the following regarding the few pain studies they limited their investigation to; “We found low-strength evidence that cannabis preparations with precisely defined THC:CBD content (most in a 1:1 to 2:1 ratio) have the potential to improve neuropathic pain but insufficient evidence in other patient populations. Most studies are small, many have methodologic flaws, and the long-term effects are unclear given the brief follow -up duration of most studies.
b.) Out of the 10,875 studies they chose to use only 12 prior VA reviews and 48 studies to archive their desired biased results. Although a search of PubMed using the terms “Cannabis” and “PTSD” results in listing 155 articles published in Scientific Journals which support the use of Cannabis. The VA only used two studies to limit their results on PTSD. The results they published are: “We found insufficient evidence examining the effects of cannabis in patients with PTSD. We found 2 observational studies comparing outcomes in cannabis users to a control group that had not used cannabis; cannabis use was not associated with improved outcomes in either study.”

4.) In regards to the studies they chose to declare Cannabis use as harmful. They include studies on users who are injecting marijuana directly into the blood stream. To quote the VA; “Emerging Harms, Chronic cannabis use has been associated with a severe form of cyclic vomiting called the cannabinoid hyperemesis syndrome. There have also been reports of serious infectious diseases including aspergillosis and tuberculosis associated with smoked cannabis, and a severe acute illness associated with intravenous cannabis use.

When the VA lies to Congress about medical marijuana, it lies to our wounded warriors
John Hudak, Brookings Institute, January 16, 2018
“https://www.brookings.edu/research/when-the-va-lies-to-congress-about-medical-marijuana-it-lies-to-our-wounded-warriors/”

CANNABIS. CULTURE. FOR ALL. | MERRY JANE

PFC Joe Fugo
10 mo
the idiot doctors at the va say i am breaking the federal law because i smoke a little bit of pot ? i tell them where was the federal law when this govt sprayed their own men with agent orange ?? they quit talking then !! thats the way i like it.
(1)
Reply
(0)

A1C (Join to see)
10 mo
PFC Joe Fugo - My buddy went in for a physical for his business insurance. Doctor lectured him about smoking cigarettes. (I agree, dont smoke) But Gordy is one of those indestructible Norwegians, will live to a ripe old age. Gordy get fed up and said..."Listen up Fatso! Lets race around the block and first one back here gets to tell the other one what to do!" Dr says I guess we are done here.
(1)
Reply
(0)

PFC Joe Fugo
10 mo
oh yeh when you put the idiots in their place they make you out to be the bad guy !!! well i will stay the bad guy. cant stand the MFs !!!!!
(1)
Reply
(0)
Read This Next
RallyPoint Home