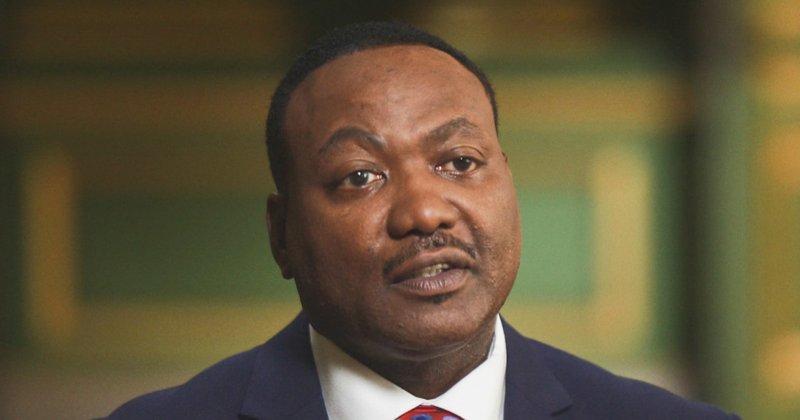 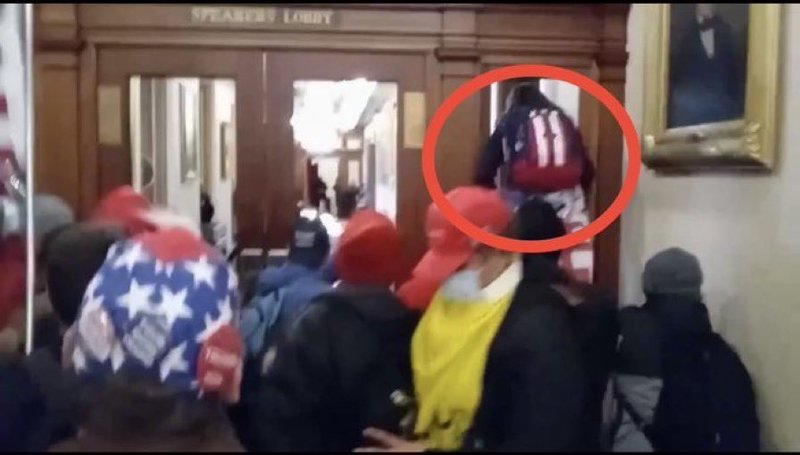 SPC Kevin Ford don't pay attention to Robert P., he's lying. This screenshot from an instant prior to the shooting shows that there were no officers, SWAT or otherwise, next to Babbitt as she's trying to climb through the window.
(4)
Reply
(0)

SPC Kevin Ford
2 mo
Capt Gregory Prickett - What I suspect that's what people are grasping at is that there were some further back, behind where this photo was taken (there were some photos taken at other angles). But as you say the important point is that the officer on the other side of the door couldn't see them.
(5)
Reply
(0)

Lt Col Leslie Bryant
2 mo
No, Lt Byrd is an incompetent moron who shouldn’t be in a uniform! No one to save! No capacity to think on his feet! Not prosecuted because he’s a Democrat!!
(1)
Reply
(2)

Capt Gregory Prickett
2 mo
Lt Col Leslie Bryant - Downvoted for not supporting police officers who were under attack, which is especially troubling given your background. Blocked for unprofessional language and complete disregard for the Congress critters who had no further barriers between the mob and their safety, but Lt Byrd.
(2)
Reply
(0)

MSG Stan Hutchison
Posted 2 mo ago
Ah, sitting here in the comfort of our homes, drinking our morning coffee, how easy it is for us to judge.
Keep in mind the situation, a loud, angry, aggressive crowd is smashing down doors and windows, intent on getting into the area where our elected representatives were being protected. Chaos reigns. A trained, experienced officer sees a threat, and his training and duty kick in.
It is very regrettable the lady lost her life.
But that officer did his duty!
(11)
Comment
(0)
show previous comments

Capt Gregory Prickett
26 d
SGT Thomas LaRochelle - I don't believe that I ever used the modifier "violent" when I was was describing the insurrectionist, felon, and terrorist, Ashli Babbitt. As to my politics? I'm a former Republican, now independent with libertarian leanings, a Lincoln Republican, in other words.

Second, my published columns going back to 2015 show the error of your assumptions. I call police shootings as I see them based on the evidence, stating, for example, that the shootings of Tamir Rice and Alton Sterling were justified while most were calling for the officer's head on a pike.

Third, this has nothing to do with "hate" for Trump, it has to do with the facts. Look at it another way. Were it the president on the other side of the Speaker's Lobby, do you think that they would have allowed an unknown participant of a mob to go past the barricade with a backpack holding unknown contents, or would they have shot her to protect the president?

PO3 Steven Guess
25 d
MSG Stan Hutchison I didn't know it was a police officers duty to shoot and kill an unarmed civilian. If that was his duty then maybe we should be investigating the people running the capital police. Especially since this isn't the first unarmed, innocent woman that they have shot and killed in recent memory.
(0)
Reply
(0)

MSG Stan Hutchison
25 d
PO3 Steven Guess - It was the officers duty to protect his charges, the members of Congress and their staffs. Period! That is what he did!
Now, I have had enough of this nonsense.
(0)
Reply
(0)

Lt Col Leslie Bryant
2 mo
Absolutely not! We don’t award that to a cold bloodied killer who shot a unarmed civilian without justification! And being a Democrat doss not mean justified!
(1)
Reply
(0)

GySgt (Join to see)
2 mo
Lt Col Leslie Bryant Yep all NJP and Summary Court Martial’s may need to be reviewed and over turned. You seem to have very poor judgment.
(1)
Reply
(0)

SrA John Monette
2 mo
Lt Col Leslie Bryant - Cold-blooded killer? No justification? Plenty of justification. Defense of his own life and the lives of those he swore to protect, specifically the men and women in Congress who were still in the building and very near where this officer was.
For the record, I am not a Democrat.
(3)
Reply
(0)
Show More Comments
Read This Next
RallyPoint Home