SFC Joe S. Davis Jr., MSM, DSL
3.15K
14
14
5
5
0
Washington lawmakers will spend the next few months merging the separate House and Senate drafts of the annual defense authorization bill, including a host of thorny issues that could impact military personnel and their families for years to come.

Among them are the size of next year's pay raise and long-term plans for housing stipends, issues that directly affect how much money service members will see in their bank accounts.

And that’s just the start. The two bills contain dozens of pay and bonus re-authorizations, and outlines the Defense Department's overall spending plans for fiscal 2017.

The separate funding plans will likely be the biggest sticking point in negotiations. The House shifted $18 billion in overseas operations money to base budget needs, a plan that senators and the White House have already rejected.

But the personnel issues will be key conflict points as well. Here’s a look at the fights to come:

The difference between the House and Senate pay plans is just one-half of a percentage point, but that’s a sizable sum of money for the two chambers to sort out.

The Senate (and White House) proposed a 1.6 percent pay raise in January, which would be below the expected growth in private sector wages. But Pentagon officials have argued that a lower raise is needed to preserve training and modernization funds, and still ensures a comfortable salary increase for service members.
House lawmakers disagree. They want a 2.1 percent pay raise, equal to the projected private sector rise, and say that the money does more for morale and families if it winds up in troops’ pockets versus the military's readiness accounts.

The difference between these plans totals about $11 a month for an Army specialist with three years service. For a sergeant first class with 10 years, or a first lieutenant with two years, the monthly difference is about $19.

But in total the higher pay plan costs an extra $330 million, money House lawmakers set aside by shifting the overseas missions budget.

To keep the higher pay raise, senators will have to agree to the House’s funding method or find another area of the budget to carve out tens of millions in savings. So far, they have shown no interest in either approach.

The Senate’s proposed housing stipend overhaul doesn’t carry the same price tag problems as the pay raise, but could represent a much more dramatic change in troops’ compensation.

Senate Armed Services officials included in their authorization draft a plan to tie basic allowance for housing, or BAH, to troops rent and utilities costs, the same as overseas housing allowances. Currently, troops serving in the U.S. receive a flat-rate stipend based on estimated housing costs in their zip code.

The change would offset concerns that military officials have been trimming the housing stipend to generate more savings. Pentagon plans have the projected housing stipend for next year covering 97 percent of estimated local costs, and the new proposal would fully reimburse rent and mortgage payments within a pre-set range.
But practically, the change will mean smaller stipends for the many troops who look for apartments with rents below their BAH rates and then pocket the difference. Defense Department officials have argued that this practice is reasonable, defining the housing stipends as not exact reimbursements but part of the broader military compensation package.

House members have not voiced significant support for such a change, and have lamented even the 1-percent annual trims on BAH growth in recent years.

Senators supporting the move will have to convince the other side that a dramatic change in stipends will not only benefit military families but also won’t create an expensive new bureaucracy to oversee the new payment system, another complaint voiced by Pentagon officials.

After a year of study, lawmakers from both chambers want a significant reorganization of troops’ medical coverage and facilities. But the House and Senate plans contain very different approaches to that fix.

Senators went along with Pentagon plans to raise pharmacy co-pays next year, but House members did not.

However negotiators work out those differences, the end result will be significant adjustments in how service members and military retirees cover their health care needs. Both chambers have targeted 2018 as the earliest timeline for those changes, so troops will likely have a year to react and adjust.

Lawmakers approved a massive change in the military retirement system just last year, so small tweaks are likely to pop up in years to come. But one proposal now in the Senate could provide a significant shift in how troops plan around the new "blended" system, which features a new 401(k)-style plan and smaller pensions.

Last year, as an incentive to keep mid-career service members in the ranks, lawmakers included a 12-year continuation pay provision worth more than two months of basic pay.
But Pentagon officials want more flexibility in how they pay that bonus. The Senate’s authorization bill includes language that would allow the military to offer that continuation pay anytime between eight and 12 years of service, provided the recipient agrees to another four years of duty.

In effect, the services could roll that into a re-enlistment bonus package rather than a completely new and separate cash payment.

House lawmakers are reviewing the idea. A key part of last year’s retirement overhaul included new financial literacy training for all troops, so ensuring that the continuation pay changes don’t confuse or shortchange service members will be a top issue as they evaluate it.

Leo Shane III covers Congress, Veterans Affairs and the White House for Military Times. He can be reached at [login to see] .

Reporters Andrew Tilghman and Patricia Kime contributed to this report. 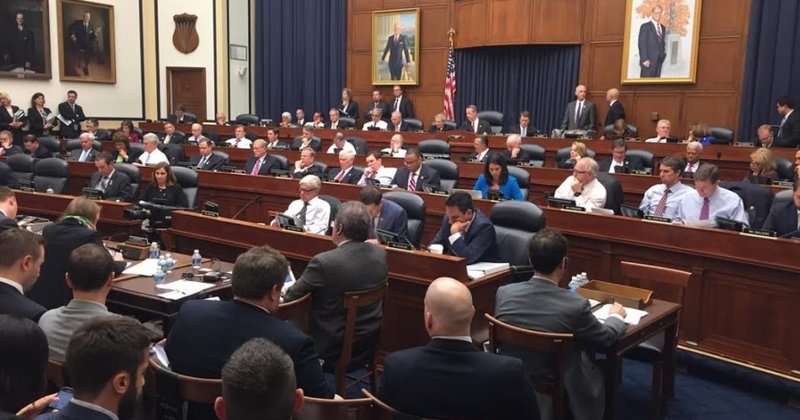 SGT David A. 'Cowboy' Groth
Posted 4 y ago
Of course it's a thorny one for them, maybe they should see if they could live on military pay.
(2)
Comment
(0)

LTC Stephen F.
Posted 4 y ago
Congress always faces thorny decisions SFC Joe S. Davis Jr., MSM, DSL. Sequestration has made it more challenging that many times in the years before it was implemented.
I hope and pray that Congress exercises more wisdom and less photo ops as they hammer through the military Pay, housing, healthcare, retirement issues, costs and benefits.
(1)
Comment
(0)

CPT Joseph K Murdock
Posted 4 y ago
Where is the undying love and respect for our troops? By the wayside of political and budgetary bickering.
(1)
Comment
(0)
Show More Comments
Read This Next
RallyPoint Home