SFC (Join to see)
1.32K
15
2
9
9
0
Joe Ann Taylor grew up knowing almost nothing about what her dad did during the war. She knew he enlisted in the Navy after turning down a football scholarship at the University of Georgia. She was in the third grade when he retired and most of her memories about his service end with her waving from a dock as her father left on another assignment.


“He never talked to me and my sister about it, ever, and very little to my mother,” Joe Ann said from her home in Cabot, Ark. “He would start to cry when he talked about it. We knew he was on the Vestal … but never did I have the opportunity to listen to what he did.”


In December 1941, Joe George was a boatswain's mate second class on the maintenance ship USS Vestal. On the morning of Dec. 7, as Japanese bombers screamed into the harbor and launched the attack that would propel the U.S. into World War II, the Vestal was tied up to the battleship USS Arizona.
In a few short minutes, George would save the lives of six Arizona crewmen, the last to escape the burning ship before it sank.


But George, who died in 1996, was never recognized for what he did, in part because he ignored an order from a superior officer. The officer had told him to cut the Vestal loose from the Arizona. George, seeing that he could save those six sailors, had refused.


For many years, no one even knew the name of the "unknown sailor" who risked his life in battle. Now his daughter and two of the rescued crewmen are trying to get the Navy to bestow a posthumous medal.
“I’m just utterly amazed at what my father did,” said Taylor. “I think there was an instinct for survival. He went on doing what he was supposed to be doing before he ever stopped.”

George had joined the Navy in 1935, partly to show up his older brother, who washed out a year before, and partly for the travel and the steady pay. He was 20 when he reported to Norfolk, Va., for boot camp.


“I had no glamorous ideas about any Navy,” he said in a 1978 interview at the University of North Texas. “I knew there were battleships. I knew there was tin cans. But I was one of those kids that just lets nature take its course.”


On the morning of Dec. 7, 1941, George was finishing breakfast on the Vestal when he saw was the first Japanese plane tearing across the sky. He heard an explosion somewhere in the harbor. He ran below deck, trying to rouse the rest of the crew.


Above the harbor, a line of Japanese bombers dived toward the battleships and dropped their payloads. The ships shuddered. A bomb exploded in the guts of the Arizona, igniting an ammunition store. The shock wave lifted the battleship out of the water. A fireball engulfed the masts and the control towers.

A senior officer wanted to get the Vestal underway, move it back from the sinking battleship and the flames burning oil in the water’s surface. He ordered George to cut the Vestal loose from the Arizona.


But George had spotted six men still on the Arizona. They were injured badly, trapped on a tower, waving, pleading for help as fire raged on the deck beneath them.


Ignoring the senior officer, George found a weighted heaving line and threw it toward the Arizona. The six men secured the line. One by one, they began to crawl over to the Vestal, hand over hand, feeling the heat from the flames on the ship and the water. By the time they reached the Vestal, the sailor who had saved them was gone.


Two of those six men from the Arizona survive still, Lauren Bruner, who is 95, and Donald Stratton, who is 94.


“He should have the Navy Cross,” said Stratton. “He saved six people’s lives. Joe saved six lives and he didn’t get crap. As far as he was concerned, he was saving lives. He refused to cut the line no matter what.”


Stratton and his son, Randy, have taken up the cause of securing some sort of medal for Joe George.


Taylor started writing letters to her senator a year or so ago. Lots of military kids think their dads were heroes in the war, but Taylor had the word of two veterans who would swear they escaped the burning USS Arizona because of Joe George.


Before he died, George had begun to tell his story to Taylor's husband, Gary, a veteran of the Vietnam War. George revealed snippets each time they talked, reliving his World War II service in short bursts. In time, Gary was able to piece together the events of Dec. 7, 1941.


“He was one of those sailors you read about in the books,” Gary said. “He liked to fight, he liked to drink, he got into trouble sometimes. On the morning of the 7th he was on the Vestal because that’s where he had to be.” 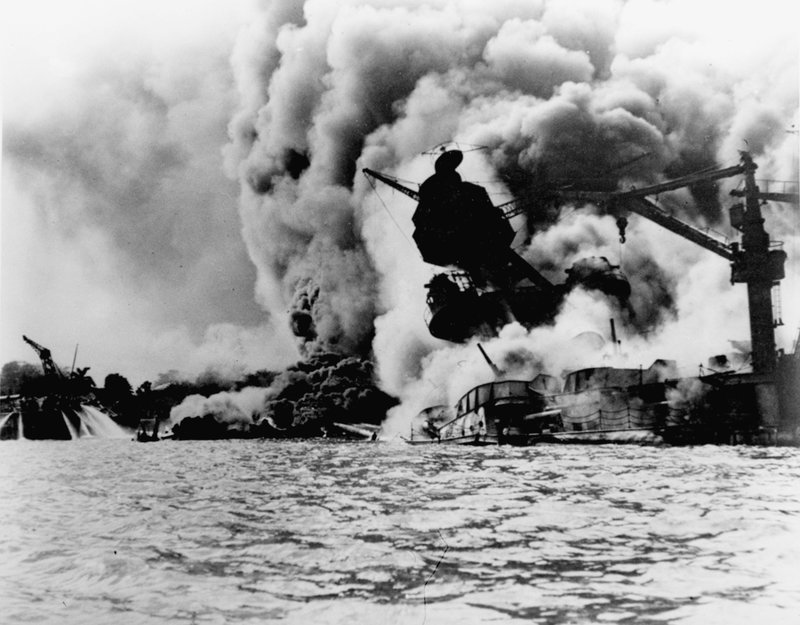