MAJ Montgomery Granger
1.06K
7
11
3
3
0
Pentagon prosecutors have made a renewed effort to charge three prisoners at the Guantánamo Bay wartime prison with conspiring in two deadly terrorist bombings in Indonesia in 2002 and 2003.

The prosecutors have tried unsuccessfully twice before to move the case ahead, but the office overseeing military commissions never signed off on the charges. If the charges are approved this time, it would be the first new case to head toward trial at Guantánamo Bay, Cuba, since 2014. 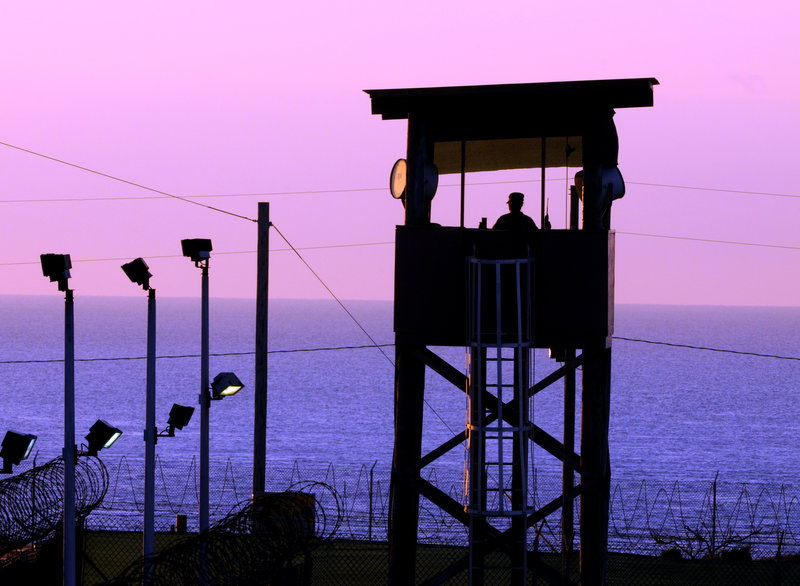 Posted from pulitzercenter.org
Posted in these groups:

SGT David A. 'Cowboy' Groth
Posted 2 y ago
Thank you for the news share sir, need to do something with the vermin.
(2)
Comment
(0)

Capt Gregory Prickett
Posted 2 y ago
Wow, that's great! And only seventeen years after the bombings. No due process problems there...
(0)
Comment
(0)
show previous comments

MAJ Montgomery Granger
2 y
They don't have the right to a "speedy" or any trial, and could have been lawfully shot dead on the battlefield. Only the benevolence of the United States has kept them alive and well since their capture. They are indeed lucky to be alive, unlike American captives of our enemies, who usually meet with separation of their heads from their bodies, or worse. They were gifted the right to petition for habeas corpus, but don't even have that. I think they deserve as much consideration as those whom they helped murder on 9/11/2001.
(0)
Reply
(0)

Capt Gregory Prickett
2 y
MAJ Montgomery Granger - sure, they could have been shot and killed on the battlefield, but they weren't. And once they were in U.S. custody, at Gitmo, they have rights under both U.S. and international law. SCOTUS made it clear that the rights were not limited to that of petitioning for a writ of habeas corpus, but included additional rights. In Hamdi, the Court stated that in addition to habeas rights, the detainees had the right to due process, which is a legal term of art, and incorporates the Fifth Amendment into the rights possessed by detainees. They have the right to legal representation, i.e. the Sixth Amendment. You can't torture the detainees, i.e. the Eighth Amendment.

Look, I get that you don't like this, or the SCOTUS decisions about it. But you swore an oath to uphold the Constitution. Period. It would be nice if you did that.
(0)
Reply
(0)

MAJ Montgomery Granger
2 y
Indeed. I did, and did uphold it. I don't like it. I wish they were all dead. I wish 9/11 never happened. Now? I want them to go away. I want it resolved. John Walker Lindh is being released soon, more salt in the wound. Criminals walk and the innocent suffer. Not how it's supposed to be.
(0)
Reply
(0)

Capt Gregory Prickett
2 y
MAJ Montgomery Granger - Lindh was offered a plea bargain based on the likelihood that his confession was extracted by torture. If you want to blame someone for his release after 17 years of imprisonment, try to focus on that fact, that absent government misconduct (e.g., torture), Lindh would have been put away for the rest of his life.
(0)
Reply
(0)
Read This Next
RallyPoint Home