"Mary II lived from 30 April 1662 to 28 December 1694. She became Queen Mary II of England and Ireland on 22 January 1689, and of Scotland on 4 April 1689. In each case she ruled as joint monarch with her husband, William of Orange, until her death. The wider picture in Scotland at the time is set out in our Historical Timeline.

Mary was born at St. James Palace in London on 30 April 1662. She was the eldest daughter of James, Duke of York (the future James VII/II) and of his first wife, Lady Anne Hyde. Mary's uncle was King Charles II. Mary was one of eight children, but only she and her younger sister Anne (who would succeed William of Orange to the throne) survived childhood.

In 1677, at the age of 15, Mary was betrothed to the Protestant, William, Prince of Orange. William was Mary's first cousin, being the son of her aunt and Prince William II of Nassau. Mary's father and uncle had initially preferred a match with the heir to the French Throne, the Catholic Dauphin Louis, but this proved highly unpopular with the English Parliament. In the end it was largely pressure from Parliament that forced Charles and James to agree to a marriage between Mary and William. The wedding went ahead in London on 4 November 1677. Mary is said to have wept throughout the ceremony.

Mary went to live in the Netherlands, as William's consort. She had three pregnancies which ended in miscarriage or stillbirth. And while her outgoing personality made her very popular with the Dutch, her husband seemed to prefer the company of Elizabeth Villiers, one of Mary's ladies-in-waiting.

Mary's father became James VII/II in 1685, an unpopular Catholic King ruling a virulently anti-Catholic nation. Matters came to a head in 1688 when James put seven Bishops on trial for seditious libel. And then on 10 June, James' Catholic second wife, Mary of Modena, gave birth to a son, James Francis Edward Stuart, and Protestants found themselves looking at the prospect of a Catholic dynasty.

By Now, William of Orange was regarded across Europe as something of a Protestant hero, and on 30 June 1688 a group of Protestant nobles asked him to come to England to overthrow James. When William of Orange landed with a Dutch army in Brixham in south west England on 5 November 1688 at the start of the "Glorious Revolution", much of James' army switched allegiance to him; and James' younger daughter Anne came out in support of William and Mary. Mary herself was criticised for her apparent indifference to her father's plight, though in reality she was deeply affected by the way events had moved.

On 22 January 1689 an English Convention Parliament declared William III and Mary II to be rightful joint monarchs: while on 4 April 1689 a Scottish Convention declared William II of Scotland and Mary II to be joint monarchs of Scotland. A Jacobite uprising in Scotland was fairly quickly quelled, though William took rather longer to put down a rebellion started by James VII/II in Ireland.


In December 1689 William and Mary approved one of the most important constitutional documents in English history, the Bill of Rights. This established restrictions on the royal prerogative, declaring, amongst other things, that the Monarch could not suspend laws passed by Parliament; levy taxes without parliamentary consent; infringe the right to petition; raise a standing army during peacetime without parliamentary consent; deny the right to bear arms to Protestant subjects; unduly interfere with parliamentary elections; punish members of either House of Parliament for anything said during debates; or require excessive bail or inflict cruel or unusual punishments. The Bill of Rights also addressed the question of succession to the Throne and, in particular, it prohibited any Catholic becoming Monarch, or any Monarch marrying a Catholic: prohibitions that remain in force today.

During William's absences fighting in Ireland, Mary proved a strong ruler, arresting a number of the aristocracy (including her own uncle) for plotting the return of James VII/II. Her treatment of the Duke of Marlborough caused a rift with her sister, Anne, which was never to heal. She also took the lead in the government of the Church, with all matters of ecclesiastical patronage passing through her hands. Mary died, still childless, of smallpox on 28th December 1694, and she was buried at Westminster Abbey. After her death, William III/II continued to rule as king." 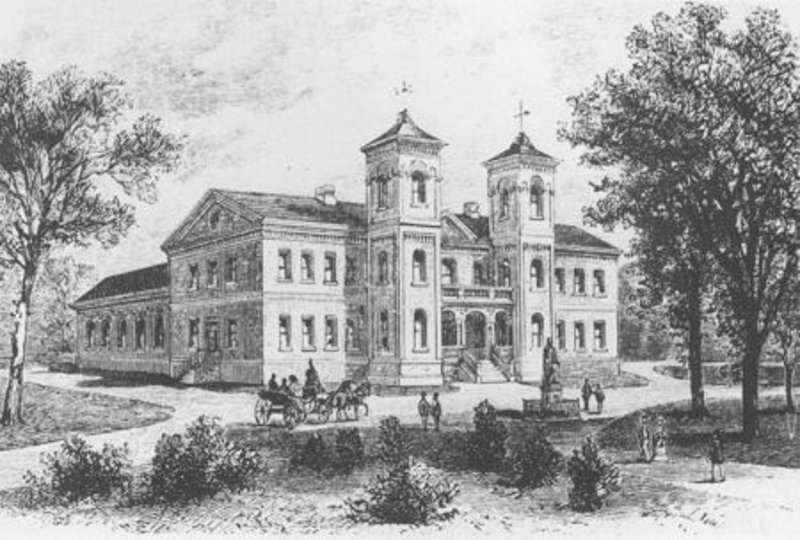