SFC (Join to see)
2.12K
48
7
16
16
0
CONCORD, N.H. — Nearly 75 years after sailor Edwin Hopkins died during the Japanese attack on Pearl Harbor, his remains are coming home to New Hampshire.Navy Fireman 3rd Class Hopkins was one of 429 men who died when the ship they were on, the USS Oklahoma, sank after being hit by torpedoes Dec. 7, 1941. Thirty-two men were rescued, but 14 Marines and 415 sailors were killed. Many of them, including Hopkins, were buried as "unknowns" in a Hawaii cemetery.

The 19-year-old from Swanzey, New Hampshire, was tentatively identified through dental records a few years later. But it took until 2015 before a DNA match with a distant cousin provided a positive ID.

Hopkins' remains will arrive on a commercial plane Thursday in Boston and be transported to Dillant-Hopkins Airport in Keene, which is named in his honor. A visitation will be held Friday night at the airport, followed by a burial Saturday at Woodland Cemetery in Keene next to his parents, Frank Hopkins Sr. and Alice Hopkins.

Faye Boore, a niece of Hopkins from Delaware, said the family is glad he's finally coming home after trying for years to get the government to exhume and identify the body.

"My own goal through the whole thing was to bury him next to his parents," Boore said. "I just felt he wasn't resting in peace in an unmarked grave with several other people. I thought that he needed to be recognized. This is where he was from and who he was."

Hopkin's casket will pass through the center of Keene on Saturday on the way to the cemetery and under an arch created by the city's fire trucks.

The journey home started in 2008 when relatives were contacted by Ray Emory, a former sailor who had seen her uncle's name on a World War II memorial in Washington D.C. Emory, who survived the Pearl Harbor attack, had started researching those who were lost on the Oklahoma and found that 22 of them, including Hopkins, had been buried as unknowns.

The effort intensified last year when the Pentagon's Defense POW/MIA Accounting Agency began digging up their remains because advances in forensic science and technology had made identification more feasible. The agency was able to identify Hopkins after getting a DNA sample from a distance cousin.

Of the 388 remains of Oklahoma crewmembers disinterred in 2015, about 30 have been identified, according to the agency. Another crewmember, Navy Seaman 2nd Class James N. Phipps, of Rainier, Oregon, also has been identified and will be buried Oct. 17 in Portland, Oregon.

For Boore and her relatives, the return of Hopkins is a chance to celebrate a life that ended far too early. Like so many teenagers of his generation, Hopkins quit high school in Keene to join the armed services. He had hoped to learn a trade and serve with his brother, Frank Jr., who ended up on the USS Hornet and USS Princeton — both of which were sunk by the Japanese.

Boore also said his repatriation honors a final wish of his parents, who "always thought he would come home."

"This makes me so happy for my grandparents," she said. "It's almost like the circle is complete now." 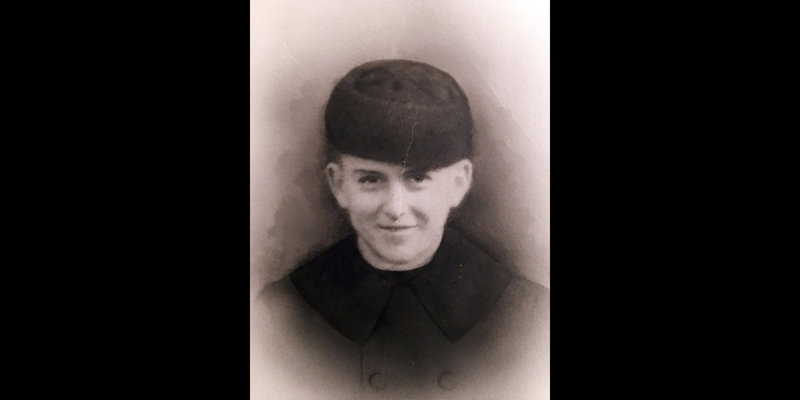