Rep. Greene should be removed. 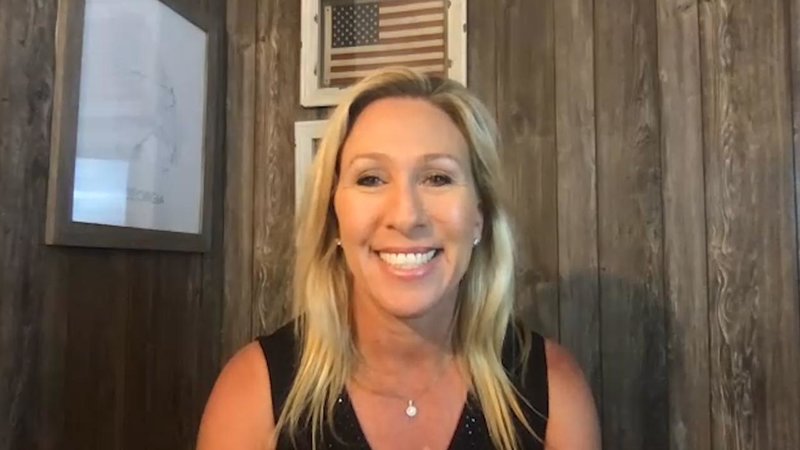 In a series of tweets, a top California Democrat proposed putting Republican voters in re-education camps to beat them into becoming Democrats.

SFC (Join to see)
3 mo
Lt Col Scott Shuttleworth - That last link says "PBS staff attorney." That's not AOC so that has nothing to do with your comment.

I've never even heard of David Atkins. Sounds like a moron.

I'm failing to see where AOC talked about caging kids from the south and re-educating them though. Two other people said that. Not her. I don't think any state is 100% a red state. No state is 100% conservative. And what's wrong with ending racial, social and economic oppression? Real Republicans I know don't support white supremacy. They also don't support Trump as a Republican either.

So AOC never said about removing kids and putting them in camps. Two other people did who I've never even heard of and sound stupid.
(0)
Reply
(0)

Lt Col Scott Shuttleworth
3 mo
Since I can't find the link, disregard the AOC comment...I saw it but me seeing it and finding it for credibility are two different things. I try to back up what I see and read but in this case I cannot so I will retract until if or when I can find it again. I saw it but that doesn't mean a hill of beans orr evidence.

There is nothing wrong with ending racial, social and economic oppression...all for it...I to do not support White Supremacy...disgusting concept and reality! I supported Trump because I just could not support Hillary...never was fully on the "Trump Train" but to me he was better than the alternative at the time...I won't vote for him again should he run...doubt he would get the nomination if he is a glutton for punishment.

With that being said, Democrats to include AOC (not all of them), the progressive group, are trying to establish these reeducation camps to turn everyone to Democrat and decide what the media can and cannot report...that sounds a whole lit like state run communism censorship to me...will it gain traction? IMHO probably not but it is that kind of rhetoric that stirs the pot when you are trying to burn off crap. Biden and the senior demos are talking unity and coming together and the progressives are preaching the other...won't ever happen until they get reigned in by some of the older ones.
(0)
Reply
(0)

Why do so many of us Americans insist on perpetuating how dumb we are?
(9)
Comment
(0)

SSgt (Join to see)
3 mo
101%. Have to do something since they lost it all.
(5)
Reply
(0)
Show More Comments
Read This Next
RallyPoint Home