SP5 Mark Kuzinski
3.03K
25
12
8
8
0
A continuing high operations tempo has left military families and troops feeling deeply weary after 15 years of war, and wondering if military life is really worth it, according to a new annual report on active-duty families, troops and veterans.

Military pay and benefits, retirement benefits and quality of life are among the top five issues for military spouses, service members and veterans, according to the annual Blue Star Families survey report, due to be released Thursday. The results, the report says "how the military community is at a point of inflection."

"I think if we could say there's one message that was the takeaway, it's that military life hasn't fundamentally changed from what it was like 10 years ago at the height of everything," said Cristin Orr Shiffer, the senior advisor for policy and survey at Blue Star Families. "The general impression in society is that the wars are over, the military members are home and we're healing and dealing with veteran issues. But … we're now looking at emerging conflicts and re-emerging conflicts, and the operational tempo has not slowed down."

More than 8,300 respondents took the seventh annual lifestyle survey, which was conducted between April and May of this year. The study was conducted with the Institute for Veterans and Military Families at Syracuse University.

In 2015, the study found a focus among military members and families on benefit insecurity, caused largely by discussions ongoing at the time around retirement system overhaul, paycheck delays and benefits changes. But after officials made it clear that current service members and retirees would be grandfathered into existing systems despite any changes, that insecurity decreased, Shiffer said.

Now worries around pay and benefits focus more on whether staying in the military or recommending service to others is worthwhile in light of the ops tempo.

"That message came through loud and clear, that military families are, I think, very committed to service but, at the same time, they've been taxed by it," she said.

Last year's survey also found that "veteran unemployment" was the third most important issue among active-duty members. This year, however, it was seventh among the eight issues ranked in the survey.

Shiffer said they believe that drop can be linked to service members feeling more stable in their jobs within the military as well as a decrease in involuntary separations.

Unlike past Blue Star Families reports that centered around military life themes, this year's report aims to present a "framework" for leaders by focusing on recruitment, retention, reintegration and readiness.

Shiffer said she hopes that revised view helps experts and lawmakers who are not familiar with military life utilize the information it contains. 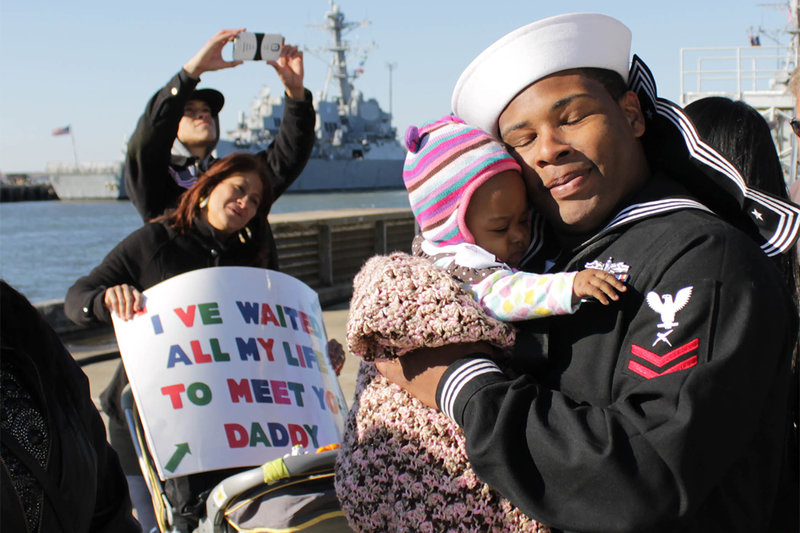 Maj Kim P.
Posted >1 y ago
SP5 Mark Kuzinski some things never change. Let's hope this isn't one of them. It is so easy to overlook the great sacrifices our military families make.
(4)
Comment
(0)

Sgt Wayne Wood
Posted >1 y ago
Military Families/Dependents are always overlooked until the Blue Star turns Gold... then they are totally forgotten.
(3)
Comment
(0)

Maj Kim P.
>1 y
Sgt Wayne Wood someone literally asked me yesterday what it meant to be a Gold Star family. Perhaps it is time to recognize those willing to join publically in a remembrance ceremony. Are there any already occurring? I haven't heard of any. Thanks. Hope this finds you holding on.
(0)
Reply
(0)
Show More Comments
Read This Next
RallyPoint Home