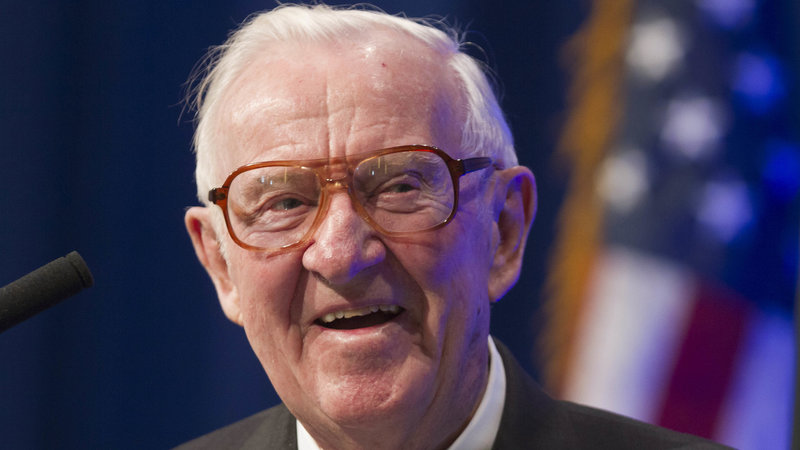 Posted from n.pr
Posted in these groups:

SSgt Christopher Brose
Edited 2 y ago
Posted 2 y ago
Stevens is crazy as a rabid fruitbat IMO. I don't agree that the Second Amendment should be repealed, but I do agree that's where the conversation should be taking place. Liberals for too long have gotten what they want by subterfuge, by arbitrarily changing definitions of words to suit their purposes, and by judicial fiat. I would LOVE for there to be a serious discussion by those on the left to repeal the Second Amendment.

Anti-gun types would have a tremendously tough task trying to convince 2/3 of the House of Representatives, 2/3 of the Senate, and 3/4 of the States to agree to change the Constitution... but that is based on a hypothetical amendment proposal. It's like polls that ask who is more likely to win an election, an unnamed Democrat or an unnamed Republican -- everything changes when you plug real names in. So right now, we're just talking in terms of "repealing the Second Amendment" -- but that repeal has to take the form of an actual amendment proposal. That means somebody has to write it. Once that happens, the discussion jumps from hypothetical to factual. People can read what is being proposed, and at THAT point, anti-gun types will find out just how truly out of touch they are with the rest of the country.
(8)
Comment
(0)

SPC Michael Duricko, Ph.D
5 mo
Well said, but I am pretty sure 2/3 of the House (Democrats) would want to take our guns, even by force so they say, after all they even want to get rid of cows, cars, planes and babies......how much sicker can these people get?
(0)
Reply
(0)

SSgt Christopher Brose
5 mo
SPC Michael Duricko, Ph.D - Never underestimate the sickness and stupidity of the left. Every time you thing they've reached a level that can never be topped, someone else says "hold my beer."

But my point still stands. Even if every single member of the House wanted to take away our guns, they'd still have to get a law passed through the Senate and the President. And then if it's as extreme as Robert Francis wants, it would not survive a legal challenge until such time as they get the 2nd Amendment changed or repealed. And to do that, they'd have to actually write something to replace it.

In mt opinion, that's one of the reasons Democrats are dragging their feet on impeachment. In order to impeach, someone (a literate someone) is going to have to write the articles of impeachment -- and once they do, the whole rest of the world gets to see what and how they think.
(0)
Reply
(0)